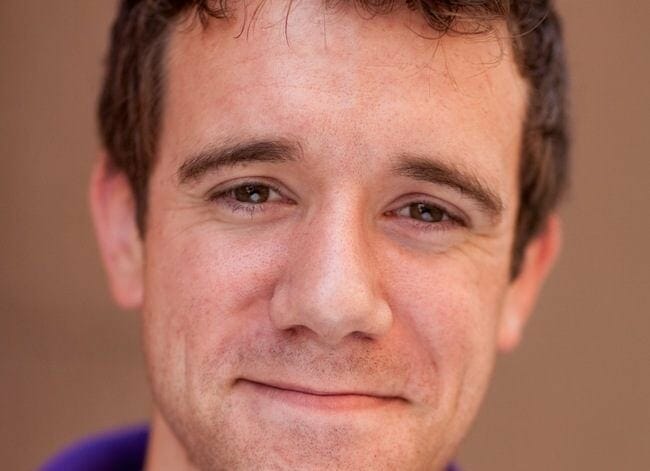 [quote style=”boxed”]Fiesta is working out of a shared office space in New York called Dogpatch Labs, which has been really incredible. For a while the team was just me, and I think it was very helpful at that point to be in a space surrounded by other people in similar situations. I’d recommend that anybody starting out on their own try to find a co-working or shared office space to work from.[/quote]

Mike Dirolf is the founder of Fiesta, a company that is making group communication over email easier than ever before. Before Fiesta, Mike was an engineer at 10gen, working on MongoDB. Mike grew up in Albany, NY and received a B.S.E. in Computer Science from Princeton University.

We’re hard at work on the Fiesta API, which is designed to make group email as easy for developers as fiesta.cc makes it for end users. In particular, today I’m working on the technology that groups messages into threads when they are presented to third-party applications.

Where did the idea for Fiesta come from?

I was actually originally working on an email based invitation service, sort of like a simpler version of evite. There was a group messaging component to that service, and I found that the group messaging stuff was getting used much more often than the actual event/RSVP stuff. At that point I decided that group messaging over email was still far from being a “solved” problem.

Typically I spend most of the day working on the software that powers Fiesta – we’re still a small team so we all do a lot of coding. We also spend a lot of time interacting with users and trying to make sure that Fiesta is as useful as possible for them. This mainly involves being available over email and Twitter for conversations and user support.

I’m a software developer, so my approach is often to get right to work on coding up a prototype when I have an idea. Rather than thinking about an idea and how it will work I try to test a prototype and have others start to use it and give feedback. It takes some practice to get comfortable releasing a project that you know is far from perfect, but I think it’s worth it to start getting real feedback.

Obviously I’m excited about the trend towards using email as a platform for rich applications, rather than just a mailbox. It’s great to see people innovating on top of such venerable technology. I’m excited about how the web is creating a new medium for creativity and self-expression. Too many people have spent their (adult) lives thinking that they don’t have the capability to be creative and artistic, and I think the web is reversing that trend. Lastly, I’m excited about the decentralization of news and information. It’s going to take some time to figure out the right model to still allow top-notch content to be generated, but in the short term I think we’re all already getting exposure to more different points of view than we ever have before.

I was an intern at a small software company when I was in high school.I had taught myself how to program and was eager to get some real experience, but I ended up being basically a lackey. It taught me how important it is to make sure people are excited about their work and feel like they are making real contributions.

I’m not sure if I would do anything differently. I’m certain that I’ve made a lot of mistakes, but I’ve tried to use those mistakes as learning opportunities. Without mistakes I’d never get anywhere!

Fiesta is working out of a shared office space in New York called Dogpatch Labs, which has been really incredible. For a while the team was just me, and I think it was very helpful at that point to be in a space surrounded by other people in similar situations. I’d recommend that anybody starting out on their own try to find a co-working or shared office space to work from.

When people ask, I say I don’t like shrimp. The secret is that I actually don’t think I’ve ever tried it – it just doesn’t appeal to me.

I still don’t think anybody has gotten social search / discovery right. Given all the content that gets generated every day on sites like Twitter, it ought to be easier for me to teach a search service what content I’m interested in. Twitter search comes close but I think there is some low-hanging fruit for improving on it.

A collection of incredible essays by an author who was in a league of  his own. The experiential / seeing-eye essays (like the eponymous “A Supposedly Fun Thing I’ll Never do Again”) are especially brilliant.

If you weren’t working on Fiesta, what would you be doing?

I think I’d probably be working on some other tech startup. Building things is fun and I can’t imagine doing anything else.

@albertwenger – A VC at USV who always has great insights.

I laughed out loud this afternoon while getting lunch. I was arguing with a woman in my office about whether the movie “Drive” was good or not. I’m of the opinion that it was amazing.

What is your favorite part of your day?

Doing customer support. I really love helping people use Fiesta and figuring out how to make the product even better based on their feedback.

Where did you grow up?

Just outside of Albany, New York in a town called Loudonville. The name of the town inspired the brand name for the skateboards that I make from time to time: Loudonville Longboards.