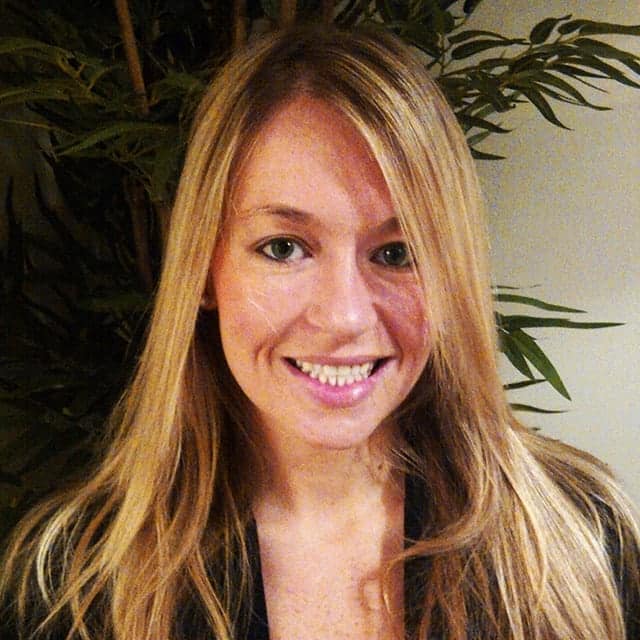 [quote style=”boxed”]I fight, over and over again for everything I accomplish. You have to be a fighter to succeed as an entrepreneur, so I would recommend that everyone else be phenomenally determined. I also write many to do lists and run regularly….which I think is virtually an entrepreneur’s only brainstorming opportunity![/quote]

Brynne Herbert is the Founder and CEO of MOVE Guides, a one-stop-shop for international relocation. MOVE Guides helps professionals plan an end-to-end move with expert city content, unique move planning tools, and price comparison and booking with vetted companies for services such as household goods shipping, bank account opening and finding a flat. Prior to founding MOVE Guides, Brynne worked in finance throughout Asia. She speaks four languages and is a certified yoga instructor, former elite gymnast and graduate of Yale University and London Business School.

I am the founder and CEO of MOVE Guides, a one-stop-shop for international relocation. We help professionals plan an end-to-end move with expert local content, unique move planning tools, and price comparison and booking for relocation service like shipping personal goods, finding a flat, opening a bank account and more. We have a dream to help labour and capital flow freely throughout the world and I think about this every day!

Where did the idea for MOVE Guides come from?

Prior to founding MOVE Guides, I worked in finance throughout Asia, including Hong Kong, Singapore and India. As an American expat abroad, I knew how challenging it was move to a new city, but I had no idea just HOW hard it could be until I moved to London for my MBA at London Business School. I arrived in London to a wretched sublet from notorious broker Foxtons without any internet or hot water…in the middle of winter! I also had no mobile phone or bank account. One evening in a moment of utter frustration, I asked my husband why it was so easy to plan travel to just about anywhere in the world and so hard to plan an international move. He said I should change it. So I did.

Most of the international relocation space is opaque. We are bringing the first true transparency in pricing to the market and allowing users to make their own choice on prices and quality of service providers. Existing players charge large management fees and lots of margins. We are an internet business and earn money from our suppliers when we bring them business. This flips the industry on its head and offers a meaningful change in value to companies and individuals. We also have some premium features for HR professionals that we’ll be launching in the future.

My typical day?! There is no such thing! Most of my time is spent on the phone or in meetings with our team, suppliers, corporate partners, investors or potential new hires. We are expanding internationally very quickly so I also spend most of my evenings on the phone with the US…and pretty soon most of my early mornings on the phone to Asia. We are very lucky to have an exceptional COO, Steve Black, who keeps the business running amazingly when I’m out and about in meetings!

We debate every decision we make. We are a very collaborative business and we have brainstorms and debates for each idea, whether its product, marketing, partnerships or strategy. Everyone on our team has great ideas, and we get a better result by considering all angles. Generally we end up somewhere in the middle.

I am a fanatic about globalisation. I know that a lot of the world thinks that we live in a very globalised society but I think we are just at the beginning of that journey. I am excited by global connectivity and the growing global internet penetration, and what that will do for the flow of capital, labour and ideas. MOVE Guides exists to help people acquire global capabilities to solve today’s global problems, and I think the trend of more and more people working and studying abroad is truly exciting…and great for society!

This is hard to answer ….I’m not really sure I’ve had one! When I was in university, I worked at the library one summer while I stayed on campus to train for gymnastics and that was pretty boring to say the least. But in general, I believe in short-term sacrifice for long-term goals so that was a way to be able to pay for myself to stay on campus and train, which was my goal then.

If I was to start MOVE Guides again, I would start recruiting earlier! It’s very difficult to recruit great talent in today’s market and I would have invested more time in it earlier on. We have an absolutely fantastic team, but we are looking for more!

I fight, over and over again for everything I accomplish. You have to be a fighter to succeed as an entrepreneur, so I would recommend that everyone else be phenomenally determined. I also write many to do lists and run regularly….which I think is virtually an entrepreneur’s only brainstorming opportunity!

For me, hiring well is one of the most challenging things about being an entrepreneur. I have made some inappropriate hires and had to deal with the ramifications, which is always a very difficult process. It happens in every business and is certainly not a failure, per se, but it is always really difficult when hires don’t work out!

I have so many! But most of them I’m saving for after we exit MOVE Guides. I think that new models for finance and healthcare are really exciting right now.

My personal passion is open borders. A 2005 World Bank study estimated that if rich countries allowed just a 3% increase in their labour forces through easier immigration, it would deliver $300 billion in benefits ot the world’s have nots, and residents of rich countries would benefit to the tune of $51 billion a year. I think that’s amazing and if I could change restrictive immigration policy in the world, I would. On a more micro level, we see so many people every day that we might want to hire and cannot due to restrictive visa policies. The visa and immigration policies of most western countries are archaic and needs to change!

There is generally more than 50% variance between quotes when you ship your stuff abroad….be sure to get lots of options!

I have four. Mailchimp, Hootsuite, Hailo and GoSquared – Mailchimp for its ease of creating email campaigns, Hootsuite for its easy social media setup and Hailo because i am always late and there’s never a cab when you need one…it’s amazing! We use GoSquared for all real-time web analytics and it’s a great product….kudos to the team there.

Kafka on the Shore, by Haruki Murakami. Murakami’s books are all fascinating and they will make you think like never before. This kind of creativity and thought is an amazing mental injection when in the weeds of startups. I’d recommend everyone find time to disengage from business and ‘re-set’ with fiction when they can!

It was about 2 hours ago in the office. When I was a kid, I had a fat orange cat as a pet, and I was just regaling the team with stories of him!

My husband. He is brilliant and inspiring and helps me to believe in myself each day. I could never be where I am without him and he makes me a better person in every way.

Why did you decide to be an entrepreneur?

I never grew up wanting to be an entrepreneur. I never had a lemonade stand or sold newspapers or built websites. I was too busy being an elite gymnast for the US! I just knew I wanted to really make an impact in the world. I went into banking because there was economic growth in Asia and I thought that being a banker would be a good way to impact that. I became an entrepreneur because a once-in-a-lifetime opportunity presented itself to really change something. I think that’s the most wonderful thing about life — that opportunity to wake up one day and completely change a course of action for an exciting opportunity!

What do you do in your spare time?

At the moment, work is pretty all-encompassing! But when I have spare time, I run a lot and do half marathons. I also read the Economist and FT religiously, love fiction literature, support Queens Park Rangers football club (unfortunately!) and have a secret passion for space exploration, gymnastics and Homeland.