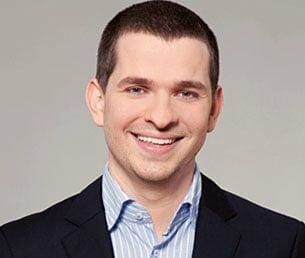 Christian Reber is the heart-driven founder, serial entrepreneur and driving force behind 6Wunderkinder. With his main roles as CEO and product manager he is fully realizing his childhood dream of building a company that not only creates software that is functional, but also cutting-edge and sexy.

Christian has been a software developer since the age of 12 and studied 7 programming languages. In 2004, he developed a small piece of software named USB-Access, which enabled users to use their USB-Stick like a car-key for their PC.

In 2007, he founded a startup named Mucelli that began as a self-run technical experiment. Mucelli eventually grew into a fully-fledged company with 4 employees and more than 200,000 users after 4 months. Christian decided to sell Mucelli to a small German investor. The team renamed the company to Innovatics and worked as a popular German web agency for the next 3 years. During this period the team of 6Wunderkinder was formed.

Prior to his work, Christian studied Mathematics & Computer Science as well as International Management at the University of Economy and Management in Berlin.

I don’t really have a typical day, I think anyone who works in a startup realizes this. Everyday I have to stay ahead of the curve, it’s important for our future progress. This is a very long-term and ongoing process, everyday I find new ways of helping others to stay relaxed at work, more efficient and of course, more productive.

I hire the best people to realize my dreams. It seems to be working.

People who are innovative, creative and design clever concepts.  Not only people in the tech world but in politics and other spheres. People who move.

I wish I had started a company sooner. I joined the startup scene later (ahem, at 20). Younger people nowadays seem to be more creative and with advances in technology the entry barrier will constantly be lowered. You hear about young 18-year-olds in Silicon Valley creating amazing products and I have the upmost respect for those who have taken such a bold step at a young age. I wish I had done the same. If there is anything I’ve learned, it’s to instill self-belief into these young people. Go with your gut and don’t be afraid.

Build a community around you – something akin to Silicon Allee. Treat your coworkers as family.

My RSS feed because its an easily digestible form of news and always up-to-date.

Rich Dad, Poor Dad by Robert Kiyosaki. It teaches people how to manage their money. The rich dad symbolizes a mentor who is more interested in you doing amazing things when you want instead of going through a predetermined system to achieve success. At the same time, the poor dad represents what we believe to be the perfect path to success, such as a high level of education. In the end it’s best to learn from both areas and find the balance.

Every Apple product – from the iPod to the Macbook Air. They inspire creativity and productivity.

Shai Agassi, founder of Better Place. He is changing the world by making it a healthier place. He is contributing to the paradigm shift in the way we view planet preservation.

Nearly everyday at work. Everyone is a jokester at 6Wunderkinder.

Where do you see 6Wunderkinder in a year?

I think we will be stronger, bigger, smarter and more innovative.

What are you naturally good at?

I remember as a kid I played Counter Strike with my friends. I always led the team (to victory nonetheless). This leadership ability and fulfillment has followed me through the years and led me to start my own company.