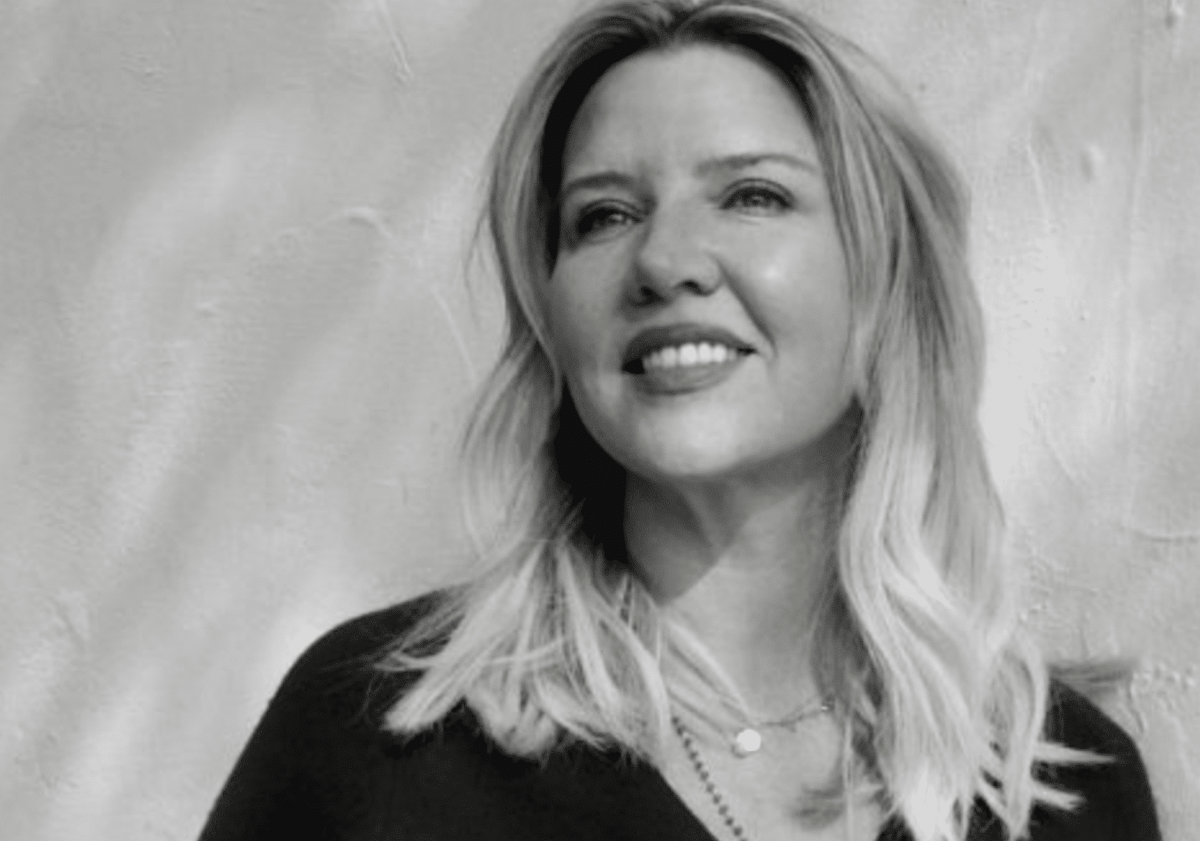 To stay productive, do the one thing that has to get done today. Then, if everything else doesn’t get done, at least you’ve accomplished the most important thing

Christine is a six-time founder and CEO, an author, yogi, purposeful teacher and speaker, a mom of four, and a grandmother. Her current endeavor, ​Rosebud Woman​, invites a new conversation about women, women’s bodies, self-care, and power. She is also the co-founder and director of New Earth Mandala, a meditation, yoga and art center on Hawai’i. Christine has been teaching, studying and writing on yoga and consciousness since 2000, with an emphasis on bringing yoga into daily life and human systems. Her books include “I​ndivisible”​,​ “Bending the Bow”​,​ “The Invitation”​, “Love in the Face of Everything” and the upcoming​ “9 Gifts​”.

Where did the idea for Rosebud Woman come from?

I love women. I think women deserve more love and reverence, and I think that the unmet needs of the vulva, labia and greater vaginal area deserve loving treatment that’s not sexualized or medicalized. The company integrates my love of plants, skincare, wellness, tantra and yoga with a desire to see all women healthy, happy and whole.

I start the day early with chant, meditation, and movement. I do desk or phone work in 45-minute cycles throughout the day, with frequent breaks, because that’s what optimizes a woman’s hormonal response to cortisol. I read a lot, and often talk to a lot of people on most days, which means being in inquiry and learning and that’s what drives long arc productivity. This combination, plus getting out into nature, is a really nice daily schedule. Our home life is streamlined now to minimize distractions, and that also helps.

In some ways, I think ideas already exist in the ether, in the space between us—and that if we tune in and get still enough, they’re there to catch. Ideas come from making cross-connections between things I’m observing or hearing, and a sort of mystical grabbing it out of the zeitgeist. It’s quite a mysterious and co-creative process. The number of ideas seems unending; the most important step is about discerning which ones to act on. If it’s about starting a company, you have to figure you will devote a good portion of the next 3 to 5 years of your life on it. Is this a question that can stay with you? Are these people you want to be with at trade events and in sales meetings? Does the world need it? Is it in your dharma? Then I go into the validation phase: research, work the plan and the numbers. 90% of projects get cut in the discernment phase, another 5% in the validation phase.

Everywhere I look, there’s a new focus on elevating our consciousness—through meditation, collective healing and an increased awareness of our shared space or ecology. I see a lot of people looking our technology in the face and asking: “how do we best use this innovation to support a better way to live as humans?” We do need our consciousness to catch up to our technologies, or we will self-destruct. I see a lot of signs of people reaching out for a deeper wisdom all over the earth, especially among the young.

Doing the one thing that has to get done today. Which means waking up in the morning and knowing what that one thing is and getting that done first. Then, if everything else doesn’t get done, at least I’ve accomplished the most important thing. I would say the other thing is, thinking backwards in time. One of the biggest mistakes people make is thinking forward in linear time— assuming that nobody else in the value chain of what you’re trying to make has a life. You don’t anticipate that they might be going on vacation, they’re sick, they have other things on their plate. So, when I build in timelines of when things have to happen, I build them backwards.

I would tell her not to waste energy being critical of yourself or others. No project or person or family system thrives under criticism. So, focus on what you want to create, and go in that direction. Celebrate what you have. And that particularly applies to your own beautiful being.

There’s an invisible mycelium-like network of filaments that connect all life together in one organism. There is no “individual” in the way we understand it in the common vernacular. We are part of the biome of the earth and are mutually impacting each other all the time.

Be willing to be surprised. I’m still being surprised! Also, that any change in the world requires a change in the individual. And that being non-reactive to the world around you—not flipping out with every news cycle—doesn’t mean you’re uncaring. It means you have a stable center—which helps you be more impactful.

As a businesswoman, I would never have created a product that didn’t have a need attached to it. Market data told me that a lot of women —more than half—have legitimate concerns about their vaginal area. Particularly after menopause, pre- and post-natally, during sex, and before and after exercise. That’s what led me to create the Rosebud Woman line. If people think that women don’t have these concerns, it’s because only 10% of women talk to their doctor, or even to a friend, about them.

I’m not sure if this is a failure or an ongoing challenge, but I’m trying hard to keep things green. I’m learning a lot about trying to create a well-functioning, organic beauty supply chain— about all of the structural challenges around trying to do the right thing while building an indie beauty business. This includes the difficulty of getting accurate information from growers, of truly understanding carbon miles—how much carbon it takes to get a product from the manufacturer to the shelf—and things like that. I’m on a rapid learning curve!

How about Mood Hair? A coating that goes over your hair like a mood ring, and changes color in response to whatever mood you’re in. If you’re happy, it’s red or orange; when you’re depressed, it goes dark plum and miserable. If they could figure that out, that would go a long way toward human harmony, peace and understanding.

A donation to the Electronic Frontiers Foundation. The incredible boon in global knowledge, literacy, invention, and knowledge-sharing is dependent on a free and uncensored Internet—one that isn’t biased towards corporations and oligarchs. The only way to have that is to work together to make that happen. And the EFF is doing that.

Asana is one. Their project management software really helps me a lot. Yotpo, which is a review facilitator for Shopify. And the transcription site Rev.com, which ends up saving us money and time. We run almost our entire business through apps. Those are a few of them, but we use at least 15 web services on any given day.

Today, the subject of race relations is a vital conversation. So, I’d recommend Cornell West’s classic work, Race Matters, along with a more recent book on what caused the racial divide between whites and blacks—White Trash: The 400-Year Untold Story of Class in America, by Nancy Isenberg. That’s a must-read, as it’s very informative about the invention of the black and white divide, and how race was used to bond white lower-class workers to their white masters—and pit them against Blacks, Latins and Asians.

I’d also recommend both of my recent books because, well, I cared enough about these topics to invest a tremendous amount of energy in writing them. The Invitation is a companion volume to the Rosebud Woman line. It’s a beautifully illustrated guide to women’s sexual health and self-care. My most recent book (just released November 1, 2019) is called Bending the Bow and it’s about how the great social justice movements in the West have evolved through the combined efforts of activist and community. Now more than ever we need that kind of thinking.

“Love everybody, serve everybody, and remember God.” – That’s from Neem Karoli Baba. Here’s another one I really like, from Pablo Neruda’s Love Sonnet 17: “I love you without knowing how, or when, or from where / I love you directly without problems or pride.” It’s such a beautiful idea: Just let all your shit go, and love someone without looking for problems and without your ego being involved.