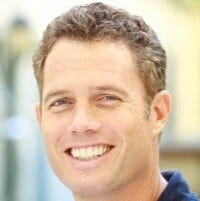 The executive creative director and partner of WDCW’s Los Angeles office, Court Crandall spends his days and more than a few nights steering the company’s creative output and trying to improve and differentiate the business. For more than twenty years, he has built brands, companies and an impressive list of personal creative projects through a combination of inspiration and determination. Named Creative All-Star and Creative Director of the Year by Adweek magazine and Creative Leader of the Year by the WSAAA, Court has won all the major industry awards from the Gold Lion at Cannes to the Grand Clio for the best television commercial produced in the world. He’s also won a fair number of film awards, including “Best Screenplay” and “Best Feature Film.”

Before joining WDCW, Court was a founder and creative partner of Ground Zero. During the last decade, he has also moonlighted — an appropriate term given that most of his work takes place between 11 p.m. and 1 a.m. — as a screenwriter. Unlike many in Los Angeles who make the same claim and work the same hours, Court Crandall has actually had two films produced — the Dreamworks hit, “Old School” and the independent film, “A Lobster Tale.” He’s also been fortunate enough to publish a children’s book, “Hugville,” through Random House.

While he’s proud of these accomplishments, Court is much more interested in talking about what’s ahead than what he’s done.

3 trends that excite you:

The merging of marketing and entertainment. For marketing people, there is more opportunity and encouragement to entertain consumers than ever before. Better yet, all the barriers from production costs to distribution channels are being systematically eliminated.

The focus in social media going from talking to listening. Today’s successful brands are spending less time broadcasting their own opinions, offers and benefits and more time digesting what their consumers have to say and responding accordingly.

Skinny jeans. They look ridiculous on thin people and worse on overweight people. So when someone walks by wearing them, it makes me happy.

I grind. The notion that you can wake up in the middle of the night with some divine inspiration or that an idea will come to you while you’re in the shower is a myth. If you want to produce something great, you have to put in the hours thinking, writing and rewriting. At least I do.

How a great idea can bring people together and forever bond them in some magical way. The people involved can be from different departments, companies, countries or worlds, and yet this intangible thing can instantly turn a million little differences into a single shared mission.

I once told actor Ving Rhames how to read his lines. He didn’t appreciate my instruction the way I thought he might. As a result, I’ve learned that in those rare instances where an actor is actually bigger than you, it’s best to keep your mouth shut.

Like most parents with teenagers, I’ve told my sons that if they, or someone they’re with, has been drinking, to give me a call, and I’ll pick them up no questions asked. While they nod along every time I make this pledge, my fear is that they won’t actually call me when the time arises. So I came up with an idea to create prepaid taxi debit cards. The way it would work, is that parents put a hundred dollars or so on the card for their son or daughter, who now has the ability to get a ride home anytime, anywhere without the embarrassment of mom and dad showing up in the family wagon. It seemed like a win-win for both parents and taxi companies. Unfortunately, I contacted MADD and they said they couldn’t advocate drinking in any way and the local cab companies were leery of my motives. If one of your readers can bring it to life, there’s probably a way for them to make a profit and save some families a lot of unnecessary tragedy. I’d like that.

The most inspiring book I’ve read lately is “Switch” by Chip and Dan Heath. It’s about creating change in environments where doing so is somewhere between extremely difficult and seemingly impossible. It’s great help for rethinking the way you approach tough business problems. The most consistent tool I use is a rather obvious, but still a remarkable one when you think about it — Google search. Whether it’s finding college basketball player names for ESPN, researching playing styles for our Full Tilt Poker account or gathering information for a screenplay I’m writing, it’s amazing the speed at which you can find things that once took hours in the library to uncover.

Tom Waits. Despite what the guy in the Dos Equis commercials says, I believe Tom is the most interesting man on earth. He has this ability to effortlessly blend reality, folklore, history and trivia into the most compelling stories you’ve literally ever heard. The dude is just plain fascinating.

Why do you call yourself a creative spark plug?

It took me a while, but I finally realized that at different points in your career, you’re supposed to do different things. So instead of inserting myself into every aspect of the creative process and trying to do everyone’s job for them, I now try to be as good as I can at my particular role; a role I see as creating an environment that fosters creativity, acting as a creative catalyst at the outset of a project and then being the voice of reason on the back end.

What would you be doing if you weren’t in advertising?

A year after I broke into the business (which wasn’t easy I might add), I was offered a job as a writer for Saltwater Sportsman magazine. I still remember the exact words the editor said to me: “I can’t pay you much, but you’ll travel around the world, fish and write about it.” As someone who loves to fish, I still fantasize about what it would be like to have adventures that involved swordfish, marlin and tuna instead of TV spots and Facebook apps.