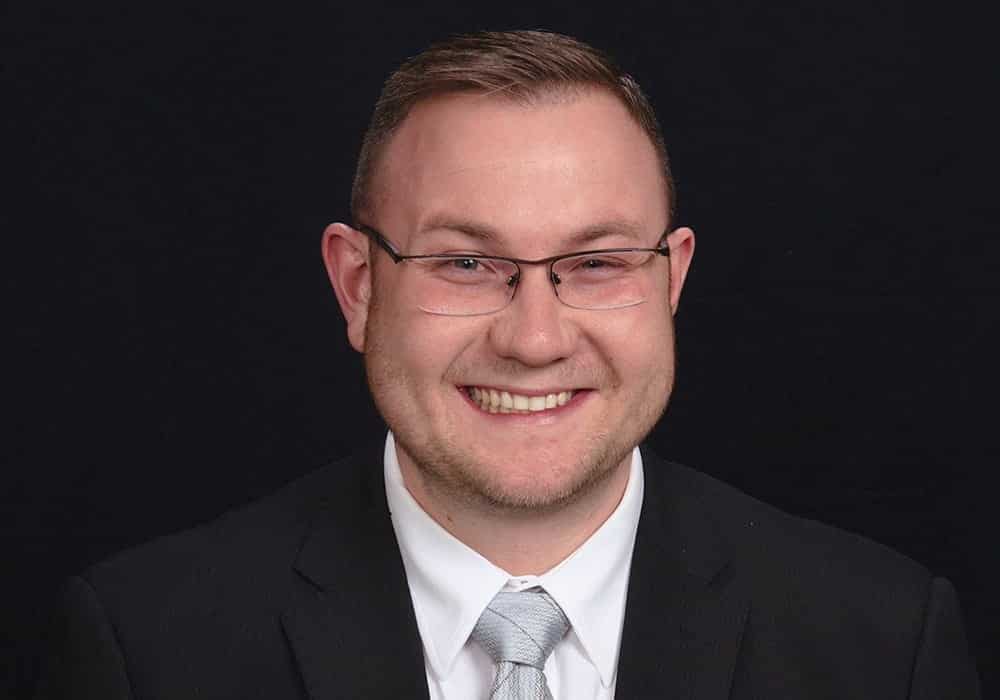 I try to learn something new each day. As an entrepreneur, you constantly find yourself juggling four or five completely different tasks at once. If you’re always trying to acquire new skills, you’ll be better equipped to handle any unexpected challenges that come your way.

Danis Fickewirth was born on October 14, 1986 in the lovely seaside city of Sevastopol, Crimea. He spent the first 14 years of his life there.

His mother, Alisa, worked as a speech therapist. His biological father was only in his life for a brief period of time. For most of his childhood, Danis shared a 400-square-foot apartment with his mother, his younger sister and his grandparents. Compared to many families, this was a decent-sized living space.

Despite growing up without some of the comforts that many people take for granted, Danis had a happy childhood. In 1999, his mother began corresponding with an American man on the Internet. One year later, they met up in Prague and fell in love.

When his mother returned from her trip to Prague, she told Danis and his sister that she had fallen in love with this man, John Fickewirth. They were going to move to the United States and live with him in California.

Danis moved to the United States on September 20, 2000 and enrolled in high school despite speaking almost no English. While in high school, Danis built computers for people in Ojai, CA and maintained a blog about the latest computer hardware.

After high school, he went on to graduate with an honors BSBA from California State University, Northridge. He double-majored in Marketing and Management and earned a minor in economics.

As an undergrad, Danis was involved in numerous clubs, was the president of his school’s marketing association and worked as the Director of Marketing for Singleton Entertainment Corp (Ernie Singleton is responsible for more than 100 gold and platinum records). During his last year in school, he founded a marketing and web development agency.

Today, Danis is the Director of Operations for AroundWire. He helped found the company in 2012 after his sister had an unsettling experience trying to buy something from a classified ad site. Since then, he has spent almost every waking moment trying to develop ways to make the Internet a safer and more efficient place to do business.

As a hobby, Danis flies small airplanes. He is working on getting his private pilot license.

Where did the idea for AroundWire come from?

I started AroundWire three years ago after my sister had an unsettling experience trying to buy an old view camera from a classified ad site. After hearing her story, we started brainstorming all of the different ways that we could make buying and selling things online safer and more personal. Somewhere in the middle of that, the basis of AroundWire was formed.

Like most startups, there is no typical day at the office. The only real constants are a cup of tea in the morning and a quick meeting to make sure that everyone is on the same page. From there, we break off into small groups and tackle whatever challenges are facing us that day.

I often think of ideas while doing mundane, everyday tasks. Once I have an idea that seems decent, I’ll start analyzing every aspect of it and then bring it to life in the most traditional sense – on paper.

For anyone who’s trying to start something new, I can’t stress enough how important it is to carefully review every single detail of your plan. If you don’t consider one little variable, it can backfire in the future. At the very least, you should be mindful of every step in your process.

The ever-evolving mobile industry. It’s incredible how far phones have come in the past 15 years – I remember when you could only use your phone to make calls, send texts, play Snake and calculate tips. There is so much room for growth in the mobile industry, and new ideas are constantly appearing.

I try to learn something new each day. As an entrepreneur, you constantly find yourself juggling four or five completely different tasks at once. If you’re always trying to acquire new skills, you’ll be better equipped to handle any unexpected challenges that come your way.

Every job I’ve ever held has had its own share of difficulties, but I can’t complain about a single one. I’ve been very fortunate to work with intelligent and wonderful people, whether it’s in an office or at a fast food restaurant. At each of my jobs, I learned the true value of patience. It’s easy to get frustrated when you don’t receive immediate gratification or when you’re dealing with a difficult customer. Keep your ground. It pays off in the future.

The idea of starting again is a pretty overwhelming thought. There is so much more that goes into starting a company than I ever imagined. If I had to start again, I would probably spend a little more time planning each component of the website. We jumped in head first and have had to make a couple of course corrections along the way.

Outreach. Outreach. Outreach. From the start, we have been very aggressive about getting out there and sharing AroundWire. Whether that meant demoing our website at tech conferences like SXSW or attending local chamber of commerce meetings, we are always looking to build new connections, get feedback, and learn from our peers in the business and tech industries.

Because this is one of my first real experiences as an entrepreneur, there have been a lot of trials and tribulations along the way. However, I wouldn’t say that I’ve had any real failures because I truly believe that I’ve learned from each mistake. If you can’t fix a problem, find another solution and move on. Remember how you got to that problem in the first place and try not to repeat it again.

I would love to see a tool that lets you edit and customize everything about your navigation system. Picture Morgan Freeman’s voice guiding you through your daily commute and a very indecent sign popping up on your screen that actually means “right turn”. Driving would be so much more fun!

Perfume and lotion for Mother’s Day. Who doesn’t like being the favorite son? Even when you’re the only son…

What software and web services do you love?

We use dozens of software development tools on a daily basis. A couple of my favorites are Hotgloo (a wireframing tool that helps us turn our bright ideas into tangible features) and Jira (project management software that keeps all of our developers on track).

The Universe and the Teacup: The Mathematics of Truth and Beauty by K.C. Cole. It’s a fascinating book that applies math – boring, dry old math – to just about every aspect of our lives. If you’ve never thought to compare social problems to undulating electromagnetic fields, this book may help you gain a new perspective.

Off the top of my head, I’d have to say David Pogue for keeping up with the current tech news, Marissa Mayer for inspiration and Sammy the Walrus IV to spice things up.