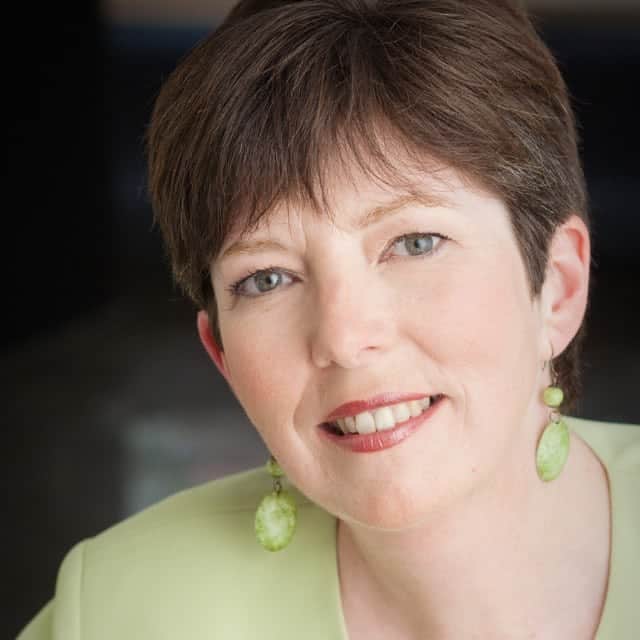 [quote]Many people try to write and edit at the same time. That’s like trying to do the dishes while you’re still eating dinner! I encourage all writers to write first and edit later. If you have a hard time with this, try covering your monitor with a dish towel![/quote]

Daphne Gray-Grant is the author of the book 8 1/2 Steps to Writing Faster, Better and creator of the course Extreme Writing Makeover–both of which are found on The Publication Coach,  a popular website about writing. Daphne grew up in the journalism business–her family owned a weekly newspaper, which she started running at the age of 22. From there, she advanced to daily newspapers, becoming the features editor of the leading metropolitan daily in her hometown of Vancouver, British Columbia. Eventually, the parent company invited her to set up a corporate communications department, which she did, leaving only when she gave birth to triplets.

The children were great, but Daphne knew she also needed to keep engaged with other adults, so she decided to launch her own business, Gray-Grant Communications. Despite all her journalistic experience, however, Daphne had struggled with a lifelong case of writer’s block. To deal with it, she read many books, talked to other writers, experimented a lot and ultimately developed the tools to become a super-fast writer. When people started asking her how she did that, she launched The Publication Coach and added being a writing coach to her list of credentials.

I’m working on something called the Writers’ Quad. It’s going to be a membership site aimed at helping writers meet other writers who are struggling with the same challenges–trying to write faster, dealing with difficult clients or bosses and beating procrastination. Members will be able to post on a forum, ask questions, share the names of books they’re reading, and do some other stuff that will be really cool but that I can’t talk about just yet.

Where did the idea for The Publication Coach come from?

I was a born editor. Editing came naturally to me–I did all the right things without anyone teaching me. For instance, I read my work out loud, I didn’t repeat the same words all the time, I put “connectors” between sentences and paragraphs. But writing? That was pure agony. Getting the first draft out of me was like pulling a clump of hair out of a clogged drain. When I finally figured out how to beat writer’s block, I was so excited I wanted to share my tricks and techniques with others.

I never have a “typical” day! If I have a choice, I try to do my writing first thing in the morning. (Research shows that willpower is stronger in the a.m.) But because I do coaching–over the phone or using Skype–with people in so many different time zones, I sometimes have client meetings at 6:00 a.m.! The only consistency is that I work for one corporate client at their offices every Wednesday, and I produce a blog entry for five days each week.

I never outline and I always mindmap. Mindmapping is the closest thing to a magic bullet for writers that I’ve ever found.

People are writing more than ever. Between email, Facebook, Twitter and texting, we’re all writing all the time. My 18-year-old son, who is severely dyslexic, has even become a better writer (and speller) because he’s writing so much!

Working for my parents was really hard. My late dad was bad at dealing with people and was very unfocused. I basically learned how to work by doing the opposite of whatever he would have done. (I’ve since had an HR expert tell me that research shows that having a really good boss or a really bad one is equally instructive!)

In college, one professor called me a “compulsive over-achiever.” If I had the chance to do things differently, I would have been easier on myself when I was younger–and traveled more.

Keep trying. Things may not work at first, but if you stay focused and keep trying, you’ll eventually succeed.

I sometimes get freaked out by technology. Now I have a great web developer and he fixes my problems quickly and easily.

If you need to write, be sure to mindmap first. In fact, if you sign up for my free newsletter, you’ll automatically receive my free ebooklet on mindmapping. Just go to publicationcoach.com and enter your name and email in the caramel-colored box on the right hand side of every page.

I’d encourage governments to spend more money on illness prevention, particularly for children. If kids eat right, exercise and get the emotional support they need, they’re going to live healthier lives. Investing in that will save money in the long-run.

I read a lot (at least one book per week as well as every issue of The New Yorker), but I also watch some TV. One of my all-time favorite shows was the Gilmore Girls. So charming! We even own all the episodes and re-watch them from time to time. In terms of current shows, I really like Mad Men.

The Power of Habit by Charles Duhigg. This book is really well written, and it reveals how our habits work and describes how we can break bad habits and exchange them for good ones.

This morning, when I saw a funny cartoon in The New Yorker. It showed a lion standing on the savannah and handing a bunch of bills to a shady-looking character who was wearing a suit and shades and holding a machine gun. The caption? “Make it look like natural selection.”

E.B. White. I really love the way he wrote. So clear. So lively!

Many people try to write and edit at the same time. That’s like trying to do the dishes while you’re still eating dinner! I encourage all writers to write first and edit later. If you have a hard time with this, try covering your monitor with a dish towel!

What’s it like to be the mother of triplets?

Would you laugh if I said “busy”? I had not a single spare moment for the first year of their lives and it was incredibly hectic until they were about 5 years old. Now they’re 18; it’s briefly become just about as busy again! (In fact, we’re going to our first grad ceremony tonight.) But they’re all enrolled in college now–locally, so they can live at home, which makes it less expensive.