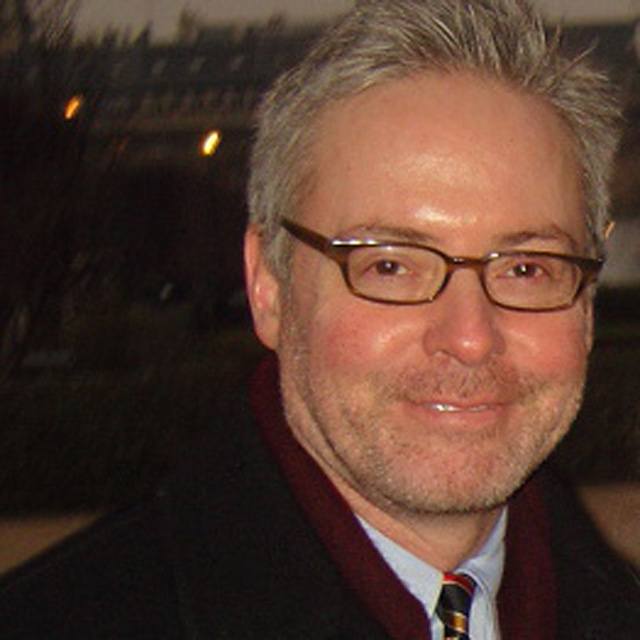 [quote style=”boxed”]One of the biggest problems I encountered when I first set out in 2003 to run my own business was the up and down (or ebb and flow) of my income stream. Entrepreneurs don’t get paid regular salaries, and I had never imagined how important having that consistency was to my feelings of security and empowerment. I had analyzed it rationally, but the emotional components were new territory for me, and I didn’t encounter them fully until I started living them. How did I overcome it? I got used to it. No special trick or technique required. Entrepreneurs need to be adults.[/quote]

Jonathan killed his first alien playing Empire, a game on the nascent PLATO online computer system at the University of Illinois in the early 1970s, and 25 years later orchestrated the PR coup in support of Apple’s real-world sellout of its first iMac. He has held top communications posts at companies such as Nissan, Limited Brands and Blockbuster, and worked at agencies as a chief operations and chief creative officer.

Jonathan speaks regularly around the world on the latest business issues and opportunities, and has written four books about brands, marketing and culture (the first, Branding Only Works on Cattle, was published in 2008 and earned him the nickname “The Bad Boy of Branding”). He writes a regular column on leadership for Advertising Age, pens daily essays about the histories of social media, and can’t keep himself from writing frequently about the most fantastic and foolish business stories on his own award-winning site, BaskinBrand.com. Jonathan is the president of Baskin Associates, Inc., a marketing decisions consultancy, which he founded in 2003 and where he has put into practice his insights into brands as behaviors for clients in the Americas, Europe and Asia. He is a member of the board of advisors to Social Media Today, and is a senior fellow emeritus at the Smithsonian’s National Museum of American History.

Jonathan is currently researching his next books–one about the strategies used by homegrown companies in emerging and frontier markets to withstand encroachment by global businesses, tentatively entitled Resistance Brands, and the other on the communications innovations of the 20th century, called Tell Us What To Think–while writing and recording unsanctioned audio tours for museums and producing a second album for alt rock artist Alphonso Mozart.

I’m creating a 15-minute TED-like presentation on the main themes of my latest book, Tell The Truth, for my appearance at a conference next week. It’s a great chance to distill my thinking into bold, inspirational points, although I’m having some difficulty giving up all the nuance.

Where did the idea for your brand and marketing theories come from?

Having worked now for just about 30 years, I’ve been witness to the changes in technology and culture that have impacted brands and marketing. It became evident to me that even though businesses are using new media and consumers are looking for new ways to interact, we are still applying old ideas about brands as images, stories, or whatever. I am an evangelists for truly new thinking.

I get up about 5:00 a.m. and spend the first hour of every day reading about what’s new and catching up on things I’ve noted during the previous days. Then I write few a few hours, pay a visit to the gym, and then spend the afternoon either working with clients or conducting research for one of my books and/or essays. I do this pretty much seven days per week.

Two primary ways, and they both depend on collaboration with others. First, I float ideas through my public speaking and writing, and people take up bits and pieces of what I say and put them into practice. This usually means they find weaknesses and invent solutions, and discover ways to make good things better. Second, I work with clients directly to take thinking through to implementation. So in a way I feel like I’m constantly participating in this crucible of innovation, which is a great place to live.

The real nature of social experience on the web is person-to-person connecting, and this phenomena is incomprehensibly powerful. We’re still just in the early stages of it–brands are still practicing with the tools, and trying to come up with alternative approaches to talking about attributes of image–but individuals are using it to decipher the truth and make decisions. I am encouraged by this trend as a citizen and as a human being. We were never meant to be “consumers” but rather “people who consume,” and the P2P revolution is going to help make this a reality once again.

My first summer job was between 7th and 8th grade, and I worked at a fast food shrimp restaurant where I dipped raw shrimp in a vat of sauce, rolled them in breadcrumbs, and laid them in rows after rows on baking sheets. It was mind-numbingly dull and I was paid all of $0.90/hour for the work. But I was able to earn enough money each week to buy an LP album of my choice, and eventually open my first bank account. So it taught me that even the worst work can yield benefits if you look for them. There’s no such thing as a bad job–only a bad approach to work.

I’d take more risks, professionally and personally. I think this is a common refrain from people who are middle-aged; the things we thought were too scary or the challenges we thought were too insurmountable when we were younger now seem to be less so. I would have pursued my art (making music) more vigorously. Perhaps I would have lived in more varied places. As I contemplate this answer, however, I realize that I’m not so sure I would do things all that differently. I am who I am, and was who I was.

I challenge myself and my beliefs and opinions before anybody else can. Entrepreneurs need to be self-motivated, confident, and comfortable working along and without a safety net, but that can sometimes lead us to be too self-absorbed and blind to the reality around us. So I work a little extra each day to evaluate what I’m doing with a critical eye and see if I can find ways to improve before I throw myself or my work at the feet of the external world.

One of the biggest problems I encountered when I first set out in 2003 to run my own business was the up and down (or ebb and flow) of my income stream. Entrepreneurs don’t get paid regular salaries, and I had never imagined how important having that consistency was to my feelings of security and empowerment. I had analyzed it rationally, but the emotional components were new territory for me, and I didn’t encounter them fully until I started living them. How did I overcome it? I got used to it. No special trick or technique required. Entrepreneurs need to be adults.

Ride the horse in the direction it’s already going. This is a gem of advice I got from a retail sales rep many years ago, and it means that you should try to get people to do things they’re already doing (or going to do). Make those behaviors easier, cheaper, more enjoyable, or whatever. I think so many people in business think their big idea can utterly reverse or invent new ways to get things done, and 99% of them fail. Human behaviors and routines are like large passenger ships. They move slowly and gradually.

I’d bring back more “traditional” journalists. I think the destruction of editorial judgment–however biased and flawed it might have been–and the replacement of it with blogging and tweeting (and cable stations devoted to one POV or another) has blown up our ability to understand the truths around us, and by default, our ability to understand one another. I do not believe that truth can be crowdsourced, or that facts emerge naturally or organically from the blogosphere, Twitterstream, etc.

Most of the most vocal advocates for online transparency are utterly opaque themselves.

The Origins of Consciousness in the Breakdown of the Bicameral Mind by Julian Jaynes. It is one of the most original and thought-provoking books I’ve ever read (it posits that early humans literally “heard” voices of the gods because of the imperfect biological connector between the two hemispheres of their brains). You should read it because it has nothing to do with marketing, communications or business, but rather challenges you to think about the very nature of how we think.