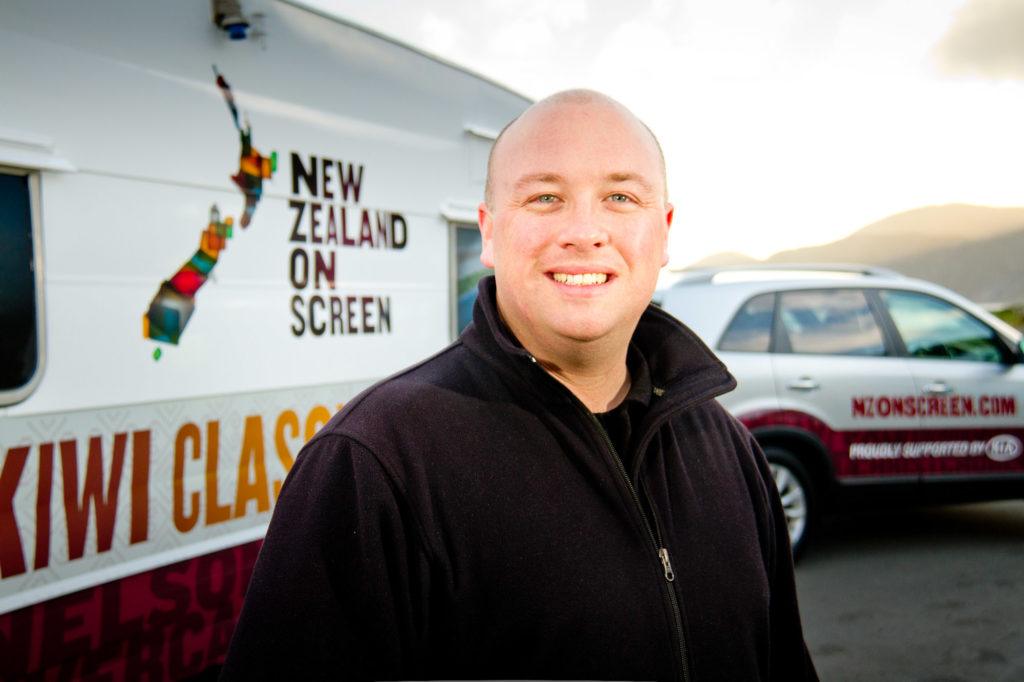 Dave Turnbull is the director of creative technology at Chrometoaster, an award winning New Zealand based interactive design and brand agency he co-founded nearly two decades ago.

Dave initially studied photography at the Wellington School of Design, aiming to enter the local film industry. Throughout university Dave moonlighted as a projectionist, ultimately working as the dailies projectionist in the editorial department on the Lord of the Rings trilogy. The position offered Dave a unique insight into film making on the grandest of scales, however a growing passion for design – specifically the emerging field of web design – saw Dave leave the film industry to focus on his own creative business.

However, Dave has continued to have a close connection with the film industry in Wellington. Some of Chrometoaster’s earliest commercial work was for renowned conceptual design and physical manufacturing wizards, Weta Workshop. Under Dave’s creative direction Chrometoaster designed Workshop’s first large-scale website and animated their distinctive 3D logo. Quite a coup for a young creative agency. Dave recalls the ultimate reward came when director Richard Taylor wrote an endorsement beginning simply “Wow! …”.

Although he’s not working in cinematography as he’d once envisaged, he considers his role as creative director an equivalent in the field of design.

The project, called New Zealand On Screen ), transforms shipping containers into gesture-aware interactive theatres. Touring the smaller towns throughout the South Island of New Zealand is a retro caravan lovingly converted into a nine seat cinema. We’ve also created an iPad App and a miniature green screen studio which allows visitors to see themselves inside Kiwi classic screen moments.

The exhibition is a modern retelling of our most treasured stories and a fabulous bite-size introduction to New Zealand’s history and culture. It is the result of a partnership between a small group of talented New Zealand companies who took great pleasure writing their own brief and bringing it to life for the REAL New Zealand Festival (www.realnzfestival.com). It’s been a hell of a lot of fun.

Where did the idea for project come from?

Chrometoaster designed the NZ On Screen website (www.nzonscreen.com) where the screen content in the exhibition was originally showcased. The site is a national treasure, yet without a real world presence, it can be easily overlooked. I’d envisioned a massive installation which would capture visitors’ imaginations, ultimately drawing attention to the site. I wanted people visiting the installations to imagine they were actually walking around inside a website.

What does your typical day entail?

A blur of ink, paper, pixels and people.

I believe the more moving parts required, the less likely it is than an idea will survive in the wild. When somebody finds the simplest rendition of an idea interesting, then I’ll take a second crack at it, adding detail only as required. I’ve been accused of overcooking ideas in the past, so I’ve been on a low detail diet lately.

1. Simplicity in the design of everyday things. Notably websites.

I’ve only ever truly quit one job. After I finished high school, I had high hopes of beginning a career in photography. I was excited about my first paid photography gig: taking snapshots of tourists in Queenstown for minimum wage. I stood on the lake shore and asked jet boat customers to smile and wave.

Snap. Repeat. It was soul destroying.

The lesson: Knowing when to call it quits is even more important if you’ve worked hard to get there in the first place.

I’d spend less time configuring preferences and just get on with things.

I’m a mountain biker. There’s this thing you learn to do in order to avoid running into things that will hurt you: don’t look at them. If you look at the rock, you’ll hit it. Guaranteed. It pays to focus on where you’d rather be, not on the obstacle in front of you. I find this idea transposes well.

I never actually read the terms and conditions, but I check the box that says I did.

I’d like to be able to send a written letter using an email address. For example, a letter addressed to [email protected] would arrive in my letterbox with no further address details required. It would be just that little bit easier to write letters – something that I’d do more often, if email weren’t so damn fast.

Snow Crash by Neal Stephenson. It’s a modern classic and my favourite sci-fi novel. Within it, a forgotten language acts as a firmware update to the human brain. Stephenson’s Metaverse, the successor to the Internet, is as thought-provoking as it is familiar. I was given this book as a gift and it lay unread for years. I’m making amends for that mistake.

If you weren’t working on Chrometoaster, what would you be doing?

I grew up in the Southern Alps of New Zealand and I still really enjoy getting outside amongst it all. Prior to a career in design, I planned to study physical education. I often wish there was an easier way to balance intense computer-aided creativity and a healthy lifestyle. I have a longing for a sun-proof laptop and a lenticular screen.

The TV series ‘Parks and Recreation’ never fails to make me laugh. Anyone who has to deal with the public should take a leaf out of Ron Swanson’s book: he’s the ultimate manager. Also, a show about the ins and outs of life in a local government office is a good reminder of why it is great to be self-employed!

Chrometoaster? What kind of name is that for a business?

The chrome toaster is an icon of the design industry: a formidable mixture of art and engineering. Whilst good design is largely invisible to the general public, a chrome toaster is designed to be distinctive without compromising its integrity.