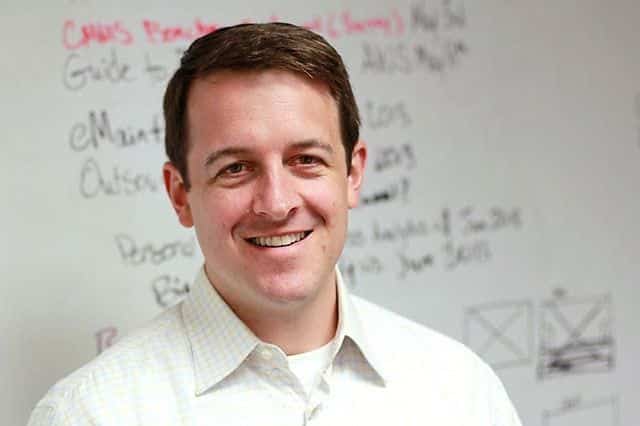 [quote style=”boxed”]Create and maintain a clear, easy-to-understand corporate file taxonomy—and make sure that everyone on your staff follows it consistently. [/quote]

Don Fornes is CEO at Software Advice, a trusted resource for software buyers. Based in Austin, Texas, he founded Software Advice in 2005 after previously holding positions as a software analyst at an investment firm and as a corporate development executive at a pioneering CRM software company. He blogs at A Million Little Wins. You can follow him on Twitter @dfornes.

Where did the idea for Software Advice come from?

In 2004, I left my job at a CRM software company to start a search fund aimed at acquiring smaller software companies. In the process, I did a lot of research on small software vendors in niche markets such as retail, healthcare and construction—and realized that there wasn’t a good online resource that consolidated information about all of these smaller vendors. So in 2005, I launched what would become Software Advice, initially focusing on a single market (construction). Today, we generate leads for vendors in 23 different industry verticals.

My typical day is almost entirely devoted to working with others: answering questions, helping launch projects and reviewing data and content. I’ve worked very hard to kick the habit of attempting to do everything myself, and instead, now try to delegate and mentor. I’ve never been the type of executive who is always off networking instead of coming to the office. I come in every day, roll up my sleeves and get to work.

Through great execution. We put a member of our team in charge of every solid idea we have, and give them the autonomy to run the project, execute on it and win it. Projects tend to move ahead faster this way; when I take ownership myself, they often get lost in the shuffle. We’re also big fans of going to the whiteboard to brainstorm and develop ideas—so much so that we had wall-sized whiteboards installed in each of our conference rooms.

I think it’s really exciting that B2B marketers are beginning to look for more well-developed lead generation. They’re moving from simple impressions and clicks to vetted lead qualifications. That’s right up our alley.

I write down every single idea and task on a well-organized to-do list the second I think of it—because if I don’t, I know I’ll forget it in 30 seconds. Many entrepreneurs are creative types who lean towards matrix thinking, but if they’re not able to capture, prioritize and execute on the many ideas they have, it’s all for naught.

The “Don Fornes Mobile Home Washing Company.” When I was 16, I started washing mobile homes in a local trailer park. It was hard, unglamorous work—but I made more money than any local employer would pay me, and I learned that owning your own business is the best way to be in control of your life and maximize your returns. I saw very early on that there was a direct correlation between how hard I worked and how successful I was.

I would spend more money on great people up front. If you skimp on hiring, you won’t attract and retain the kind of high-quality candidates—and you won’t get the kind of high-quality product—that you need to get your business off the ground. I learned that the hard way. I would also invest a lot more time in learning how to hire and asses talent properly. We spent too long relying on “voodoo hiring methods” before finally instituting a formal method and framework for hiring.

Create and maintain a clear, easy-to-understand corporate file taxonomy—and make sure that everyone on your staff follows it consistently. Every document, bill or invoice collected by everyone on our team is scanned and stored in its proper folder in Dropbox. I highly recommend that every entrepreneur take time to organize their corporate files early in the life of the business. Filing may feel like grunt work now, but taking a little time to get organized today will save you time and stress tomorrow, and will ensure that you’re never scrambling to find a document at the last minute.

From the beginning, our SEO strategy has been a “white hat” operation: we focus on producing high-quality, engaging content and sharing it with others in a meaningful way. This has been a lot of work, and we’ve had to hire a lot of great people to execute on it. Most other organizations are either unwilling to put in the hard work, or are looking for a quick-and-easy approach (which often involves using “black hat” techniques). Over time, our approach has worked very well.

The developer who built our first website dropped completely out of contact when the site was only about 90 percent complete—and he’d built it using a content management system that was impossible to use. Due to budget limitations, we recruited cheap overseas developers for the website’s second iteration. This proved to be a mistake. After going through 10 different development teams, we realized that we were getting what we paid for. In the end, we hired someone who came with a higher price tag, but produced a high-quality website. That was a big lesson learned: even when budget is limited, you should pay for quality work up front, because it saves time and money in the long run.

“AirB2B”: essentially, it’s Airbnb for business. Companies with unused office space they want to rent out would create an online profile, and professionals who are looking for a place to work would be able to search the database according to location and amenity criteria to find a good match. A service such as this would help companies make extra money, and allow professionals to rent space at a better rate than what’s offered by the leading “flexible workplace” companies. This would also create networking and business opportunities for people on both sides.

I didn’t speak until I was three—and now I won’t shut up.

We rely heavily on Google Apps: especially Gmail, Google Calendar and Google Docs. We also use Basecamp for project and task management. These tools allow us to record everything we need to do or remember in one place that everyone on the team can access. This helps us get and stay organized and execute more efficiently on tasks and projects.

Who: The A Method for Hiring, by Geoff Smart and Randy Street. This book provides a scientifically-based, consistent and repeatable framework for hiring, which is essential for attracting and retaining “A-level” talent. Even if you don’t follow the book’s guidelines to the letter (we tweaked the process a bit to fit our company and culture), it serves as a great blueprint for establishing your own hiring method.

I had a number of strong mentors early in my career, including Kevin Yeaman, who’s now the CEO at Dolby Laboratories, and Phil Fernandez, who’s now the founder and CEO of Marketo. I learned a lot from these guys, and a lot of their influence is evident in how I run my business today.