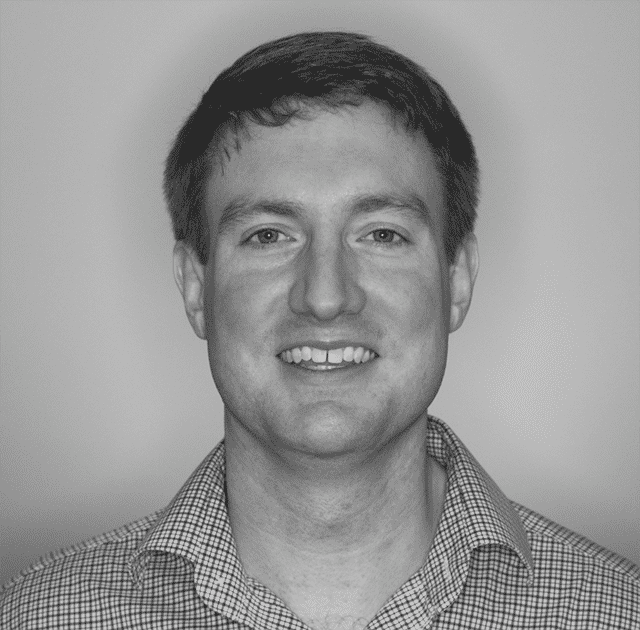 He was born and raised in Hermitage, PA, a town in the middle of nowhere that’s closer to Pittsburgh than to Cleveland (go Steelers!). At 18, he left for the big city (they all seemed big to him) and headed to Boston to attend Harvard as an undergraduate.

At Harvard, Ed joined the Narayanamurti Group and began his career in experimental semiconductor physics. His fondness for ZnO nanowires and dilute magnetic semiconductors (like GaMnAs) led him to pursue his Ph.D. in Applied Physics at Harvard.

Over the course of his graduate research, Ed was first or corresponding author on 7 publications and co-wrote 2 patents. He was awarded the Department of Homeland Security’s Graduate Research Fellowship for 3 years. It was as a graduate student that he met Kasey Russell; they worked together on electron transport through new nanostructures at super-cold temperatures. Little did they know that years later they would be working together at a startup (this one!).

In addition to his graduate physics research, Ed was the Senior Resident Tutor in Dunster House, where he mentored undergraduates and ran the sophomore academic advising program. He also helped teach a government course on the 2008 U.S. Presidential election, just for fun.

After completing his Ph.D. in 2011, Ed spent a few years in New York at JPMorgan, trading fixed income securities on an algo desk. It was fast-paced work that demanded quick and correct decision-making, a deep knowledge of C++, and a tolerance for repeated phone calls from London at 2am.

Although finance work was exciting, Ed longed for a more tangible connection to people and a more direct, positive impact on their lives. That opportunity arrived when his phone rang on a snowy January morning. It was none other than Kasey, calling to tell him about the idea for SunSprite. Shortly thereafter, Ed headed back to Boston.

Where did the idea for SunSprite come from?

Two of our founders are doctors at Harvard Medical School: Jacqueline Olds and Richard Schwartz. In their decades of medical experience, they’ve seen how bright light can make people healthier and happier, as well as treat disorders like depression. Our goal was to make the health benefits of bright light quantifiable and accessible to everyone.

It’s hard to find a typical day at a startup! It could range anywhere from testing devices in a lab, meeting with retailers to demo our SunSprite, pitching investors and networking, and, of course, plain-old-boring email.

Ideas are brought to life by people, and finding the right people is the key. Ideas are plentiful; finding the right team to execute them is the biggest challenge. It’s one of the reasons why I’m most excited about SunSprite. We have an awesome and brilliant team.

I’m really excited about the personalization of health data. There are a number of wearables and trackers that are providing users with real-time health information that can be actionable and lead to better outcomes. I’m excited by the empowerment aspect – allowing individuals to take more control over their health.

I read a book called Inbox Freedom that has made a huge difference in my productivity. It’s helped me to find time to focus, uninterrupted, on the big strategic tasks and not spend the day reacting to the constant stream of email.

I’m not sure I’ve had a “worst job.” They’ve all taught me something – some about the value of hard work, others about critical thinking. Each has contributed to who I am today. I think there is great value in work of any kind, and there are always things to learn from it.

I’d focus more on people and relationships. They are the most important, and rewarding, things in life.

Don’t be afraid of asking for small, 5 minute favors (an idea I got from Adam Grant’s Give and Take). People love to be asked for advice and are often eager to help in some small way. Making it easy for them is the key.

We launched our SunSprite as a crowdfunding campaign on Indiegogo. It gave us a platform to tell our story and get people interested all across the world. Crowdfunding has democratized access to capital.

I could write books on the failures! Probably the most common, and the hardest, is getting told “no” after pitching a group of investors. I’ve found that by allowing more time for Q&A in my pitches, I can better understand what their concerns are and think about how to better address them in future pitches.

Someone should make a coffee cup lid with a built-in accelerometer to close the lid when bumped to prevent spills.

I *try* to play guitar in my free time.

Lately I’ve been using Asana to keep track of my task list. Simple to use and organize, and keeps me from losing track of things. I also just started using Pipedrive to track sales leads.

On the business side, we use Kinvey for our backend. It’s been terrific, and saves us a ton of time on building and maintaining a backend.

I mentioned 2 earlier: Inbox Freedom and Give and Take

@bsrubin – one of the pioneers of wearable/quantified-self products, now working on behavior change