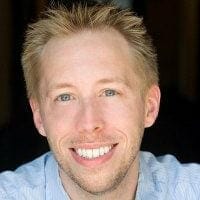 I’m a big believer in iteration. Sometimes great ideas have intrinsic value, but usually an idea needs execution to give it value. Execution generally is not done in one big burst, but rather in many small, successive strides.  Iterating on an idea allows you to collect data and feedback, which can then be incorporated into your execution. There’s a lot of talk about “ideation” now, but iterative execution is where value is created.

Eric M. Jackson is the CEO and co-founder of CapLinked, a Los Angeles-based startup that connects entrepreneurs and investors. Jackson previously ran the marketing team at PayPal, where he was responsible for the campaign to monetize the online payment service. Following PayPal’s acquisition by eBay, Jackson founded World Ahead Media, a publisher that was acquired by WND in 2008. Jackson advises startups and non-profits on their business and product strategies.

His book, The PayPal Wars: Battles with eBay, the Media, the Mafia, and the Rest of Planet Earth, won the Writers Notes Book Award and was hailed by Tom Peters as “the best description of ‘business strategy’ unfolding in a world changing at warp speed.”

An outspoken advocate of personal liberty, Jackson has appeared on Fox News, CNN, ABC News, MSNBC’s “Hardball,” Comedy Central’s “The Daily Show,” and numerous other TV and radio programs. He has been quoted in publications such as Forbes, Publishers Weekly, The Wall Street Journal, The New York Times and BusinessWeek.

Jackson has lectured for the Cato Institute and the Reason Foundation, and has been a featured speaker at Freedom Fest. He earned a degree in economics with honors from Stanford University.

Revolutionizing the world of private investment. CapLinked is a platform for private companies, investors, and their advisors to network, manage capital raises and asset sales, and exchange updates. Private investment is largely stuck in the world of email and spreadsheets, and we want build a site that changes that.

Get up. Make coffee. (Always do that first.) Resist the temptation to read email until a dedicated time to do so. Draw up a schedule for my projects for the day. Take a call or two. Head into the office. Work on our product. Sometimes have a meeting with a potential business partner or investor. Talk with my co-founder.  Make an effort to ignore all the noise in life and not over-communicate.

I’m a big believer in iteration. Sometimes great ideas have intrinsic value, but usually an idea needs execution to give it value. Execution generally is not done in one big burst, but rather in many small, successive strides.  Iterating on an idea allows you to collect data and feedback, which can then be incorporated into your execution. There’s a lot of talk about “ideation” now, but iterative execution is where value is created. Thomas Edison’s famous quote about genius being one percent inspiration and ninety-nine percent perspiration is as true today as when he first said it.

People. Excellence and hard work are contagious. Being around people who strive to be excellent at whatever it is they do is inspiring.

Worrying too much about what other people think of me.

I try to read a balance of news, business, sports, and technology blogs so I can stay up to date with what’s going on in the world. I also try to read the Bible often. In addition to the spiritual and moral lessons it provides, reading an ancient, sacred text reminds you that the world is bigger and more complex than you can understand. It helps me stay grounded and be patient with others.

Besides The PayPal Wars? (Sorry, I couldn’t resist.) Moneyball by Michael Lewis. It’s a great read about two of my favorite topics—business and sports—but it’s about so much more. He shows how easy it is for people to misunderstand what’s valuable in the world, and how an organization can leverage that to its advantage.

My iPad. It’s not my most productive tool but it’s a great way to consume information.

Why do you think so many successful companies (e.g. LinkedIn, YouTube, Yammer) have been started by PayPal alumni?

For several reasons. First, the executive team hired top-notch talent; the old adage about A-grade people hiring other A-grade people is true. Second, we were battle-tested; the company went from burning $10 million per month to profitability in a very hostile environment. This equipped alumni to be successful. Third, we had a very results-oriented, entrepreneurial environment. It was a great training ground. Last, PayPal tackled a difficult problem; building a payments network is extremely hard. So it was natural that alumni would pursue big problems.

How do you keep from being discouraged when your job is challenging?

Accept the fact that life ebbs and flows. Bad days happen. When you’re unproductive, make mistakes, or otherwise blow it, just accept it and move on. Not every day or every moment moves you forward toward your goal. Many times you have to move sideways or even backwards. Just try to see things as they are, not fret about it, and push on.

You can find me on CapLinked. Once in a while I make it over to Twitter.