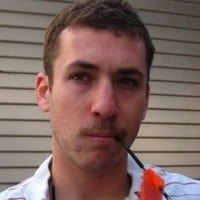 Ethan Austin is the co-founder of GiveForward, a website that makes it incredibly easy to collect donations from friends and family for a loved one’s uncovered medical expenses.  Having lost his father at an early age to colon cancer, Ethan has always had a soft spot for helping others and spent much of his early life volunteering for various cancer organizations. But it was one cancer organization in particular that changed the course of his career.

While training for a marathon to raise money for St. Jude’s Children’s Cancer Hospital during law school, Ethan came to the realization that he was far happier helping others than he was writing legal briefs and putting on a tie every morning for work. So after law school he did what any sensible 25-year-old with mountains of debt would do — he decided to pack up all of his possessions into one suitcase and move half way across the country to help launch an Internet startup.

In 2008, Ethan joined Desiree Vargas to launch GiveForward in Chicago. As of August 2010, GiveForward has helped people raise over $2 million dollars for things like cancer treatments and organ transplants, leading the Chicago Tribune to call it “the future of medical fundraising in the Internet Age.”  In 2010, The company was nominated for a World Technology Network Award in association with TIME, CNN and Fortune for its innovative approach to medical fundraising.

We’re currently rebuilding the entire GiveForward website right now from the ground up.   It should be major improvement over the current site with much more integration with Facebook.  We’re also in the process of raising money from investors right now, which we are learning can be quite exhausting.

It’s exciting to see new models like TOMS shoes emerge that are shattering the status quo. Big corporations are becoming more like non-profits and non-profits are trying to become more like corporations.  I love the idea that a business can do well by doing good.

Sites like CrowdSPRING, are turning the traditional RFP process on it’s head, saving time and money for businesses.

This is a pretty exciting movement we’re seeing, especially for poor entrepreneurs like myself who don’t have any extra spending cash to pay for full-priced meals.

I surround myself with passionate people who are smarter than I am.

Being too afraid to take a risk.  After college I was going to start a hostel in Panama with some of  my college buddies. We had written the business plan, made all the arrangements and even flown down to Panama to check out the land. But at the last moment, I chickened out and made the mistake of going to law school instead.   My friends went on to open the hostel and had a blast doing something they were passionate about.  The whole time I was in law school, I felt like I was missing out on something special.

What I realized is, you only have one life to live.  Yes, that’s a huge cliche but it’s true. Don’t waste your time doing  something you’re not absolutely passionate about.  Do work that matters to you and you’ll be much happier for it.

Don’t be afraid to be yourself.  People like authenticity, so let your personality shine through.  If the objective of your company’s communication strategy is to avoid offending people, your company is going to come off as bland and no one is going to remember you. You might succeed in not offending anyone, but you’re not going to win any fans this way.

The emails we get from users thanking us for creating GiveForward.

What words do you live by?

Have Fun. Do Good. Help Others.