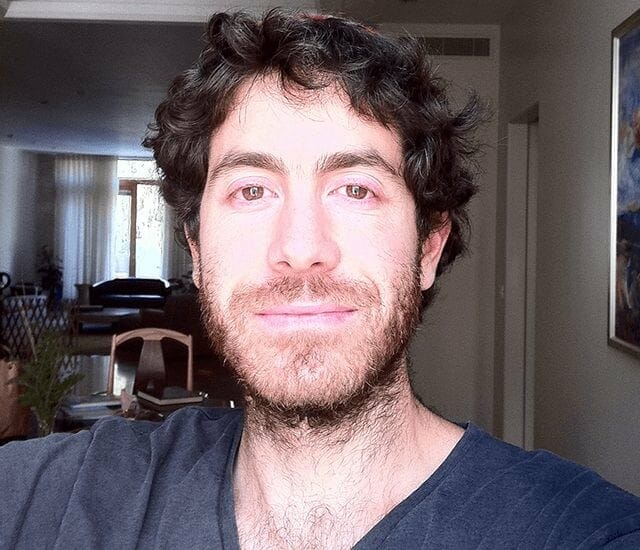 [quote style=”boxed”]Get involved in the product, and take on one critical engineering, technology or design piece yourself.[/quote]

Before founding Mad Mimi, Gary Levitt was a skateboard pro, a jazz bass player in New York City, and composer of music for Oprah Winfrey. He has a degree from Berklee College of Music, Boston, and currently functions as Mad Mimi’s CEO and interaction designer. He is responsible for all of Mad Mimi’s product design, user experience and remote direction of a 30+ employee team.

Right now, I’m working on a fun, new addition to Mad Mimi that’ll be kind of an email driven ecommerce platform. It’ll be coming out in the summer and will be the first member of the Mad Mimi family outside of our flagship email app.

Where did the idea for Mad Mimi come from?

While promoting my music company some years ago, I wanted to send an email “flyer” to my customers and art buyers at advertising agencies to let them know what I was up to and how we could help them with whatever music projects they had going. I toyed around with a number of existing email tools and they were all kinda clunky. I thought hey, maybe I’ll make an email tool for artists like myself. I struggled with a number of approaches and grew more and more frustrated. At some point, while we were still in stealth mode, I decided to make Mad Mimi into a simple, generic email application for all (like me) who wanted an ultra-simple, minimally featured email tool.

I wake up (5:30am), shower, drink coffee, meditate (6am-7am), drop kids at preschool (7:30am), learn something new (usually studying some new subject) and then start cranking through emails. After emails, I review new code and get started on various activities that include development, design, management, etc. I take a few breaks, working into the evening generally, but I’m also sure to make time for family stuff. Oh, I work from home, so yeah – it’s generally a bit of a ruckus around here.

I generally start off with a seed, that is, some idea that I think could solve some sort of problem – most of the time, it’s a problem I myself have a direct relationship to. Then, I bend my mind on this problem, and my solution, and let it percolate for a while, to see if I’m as excited about it the day after, and the day after that. If I am, I start doing some research into whether this thing exists, and if it does, how well is it executed? If it is something that’s done already, Is it specialized or not? Does it reflect my ideals of charm and interface perfection or not? Does it have a voice or is it soulless? Once I have my conclusions (hopefully in my favor,) I start off modeling my idea with mockups – as realistic as possible – on Fireworks or whatever vector app I’m using. Once mockups are done, I start working with my dev team to bring a “walking skeleton” to life – that is, the most simple, unadorned version of the core role of the product. After that, it’s simply layering functionality, design and architectural pieces on, day by day, until the thing starts to get a life of its own.

I like that more and more people are embracing email newsletters. It’ll be interesting to see how things like social media and ecommerce develop inside email.

I was a busboy for a while. Blue Ribbon, Soho. It was *hard.* I did learn how to run a lean business from it, though. From the way butter ramekins were filled to the folding of napkins to the memorization of where people were at in their meals, everything was systematized and optimized to the extreme. I’ve tried to harness the attractive (and appropriate) elements of systematization and training for Mad Mimi. The result has been a good level of capital efficiency.

I think I would be a little more “forward thinking” than I was at the inception of Mad Mimi. When I look back, I would have probably done a couple of things differently architecturally.

Get involved in the product, and take on one critical engineering, technology or design piece yourself. I’m always familiar with what’s going on behind the scenes in the code, and it helps my ability to engage and communicate with strong engineers.

I make lots of failures all the time. I generally overcome them by being resourceful in some way. I will say though, that the only way to prevent failure generally, is to have at one point failed and learned from that failure. Failures are always the best way to learn.

I think it would be cool to have a trash can that simply has a sturdy ring, and that I could pop a bag on…without the can. (It would be cleaner than having a smelly receptacle in the kitchen.)

Another idea is disposable, recyclable house-shoes with wide, dust absorbent foot pads for guests to wear when they come over. At home we don’t wear shoes, and it would be awesome to be able to clean up dust when we walk around the house.

I would get rid of TVs. How would I go about it? No idea.

I was a national skateboarding champion, and I played bass on a song that became #1 in Macedonia.

Mad Mimi, to create emails in a thoughtful, fast way with a lovely feel.
Campfire Chat, to chat with my teams because it’s so clean and the ping sound is pleasant.
Gmail…because I live on it.

When I was starting out, I really appreciated the book Getting Real by 37Signals. It’s short and inspiring for those starting web apps.

Today. My 1.5-year-old daughter doing her version of yoga when I do it.

I don’t really have a human hero.

How does remote business operation suit you, and how do you do it?

Mad Mimi has around 30 employees and operates 100% remotely. From my perspective, it keeps things incredibly orderly, lean and happy. None of us want to work in an office, and we can get the best talent from anywhere.

What do you wear to work?

I wear jeans, a hat, a t-shirt and socks.