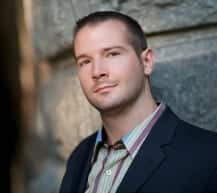 Gary Whitehill is the Founder of The Relentless Foundation and New York Entrepreneur Week (NYEW), both of which reflect his entrepreneurial drive and relentless energy.

Today, Gary’s energy is devoted to helping driven entrepreneurs prove to themselves and to the world that they can achieve anything they want. He believes stopping at nothing to achieve everything is a mindset very few in this world share. Those who do are the movement makers of the world. In his unstoppable way, Gary Whitehill makes it all happen by:

* Building powerful networks of passionate people
* Creating platforms that accelerate learning and growth
* Bringing people, ideas and opportunities together in an exponential way

In 2009, The Relentless Foundation inspired the creation of New York Entrepreneur Week, an unprecedented gathering of entrepreneurs, from innovation-minded start-ups to multi-million dollar revenue generators who are given the chance to learn, connect and leverage opportunities to help drive economic change. The Entrepreneur Week movement continues to grow, with events planned in more US cities and around the world.

Additionally, Gary Whitehill believes kids should have the ability to create the world they want, and that those who are driven to achieve must also be given tools such as entrepreneurship to learn, grow and express themselves. He supports people and companies invested in driving social and economic change.

Currently working on New York Entrepreneur Week (NYEW), which is being held next week, April 12th-16th, in the heart of New York City.

1) Entrepreneurship in schools across America

These days, most educational institutions revolve around tests and theory; with very little practical application. Theory does not drive a knowledge-based economy, practical application does. This is why you see such growing support for science and technology magnet schools. As a society we are obsessed with test scores and GPA. Entrepreneurship is not an easily quantifiable graded metric, but it is the fundamental underpinning of our economy. This is the reason why the goal of our non-profit foundation is to bring entrepreneurship into every K-12 grade throughout the nation by 2030 – because not every child in America learns by testing, many of us learn by doing.

The proliferation of the notion that each of us must take great care of ourselves has been long overdue. Sadly, 10 years ago the word “organic” was unknown. As a direct result of the explosive growth in the organic movement our society is now going to live happier, healthier and significantly longer.

Working harder and smarter with the resources we’re blessed enough to have access to locally, regionally, nationally and internationally is literally an imperative step toward long-term sustainability for the planet.

A long discovery period (3-6 months) which include constant use of a whiteboard, deep thought, my ipod and a plethora of yerba mate. Then I leverage my network to crowd-source any additional brainstorming and/or feedback on the product/service.

Being too nice to absolutely everyone.

Unfortunately there are some folks who come along, and for whatever reason, have ancillary agendas outside of a specific project. Since I am open, honest and nice to everyone and don’t tend to “lay my foot down,” folks can on occasion take advantage of my generosity.

A profitable business necessitates three things: content, money and a pipeline. Within that ecosystem there is always a bit of luck. Always remember that luck is an accumulation of hard work.

Where did you get the idea to start New York Entrepreneur Week?

A year and a half ago was a very interesting time – not just in terms of the economy in general, but specifically within the funding environment.  Also at this time, the deal flow I continued to receive was less than decent at best. I didn’t understand how this could be true. I didn’t understand how there could be such an immense gap between the deal flow I was seeing and what the angels and venture capital firms were looking for. Furthermore, this was the first time in history when angels were looking for their money to take a company to cash flow positive during its first launch.

What came back, as a result of my research, was that, although there are many resources for entrepreneurs in New York (non-profit, for-profit, city and state organizations) they are very disparate. Many stakeholders seek to change the entrepreneurial landscape. However, there is a glaring challenge – everyone is laser-focused on the execution of their own individual missions. As a result, and to the dismay of entrepreneurs, these stakeholders become increasingly more disparate and further pushed into their own silos.

For entrepreneurship to attain its potential in New York and develop into a powerful force driving the economy, we must break down barriers and build platforms which unite the entrepreneurial landscape. If we all do not work together, the systemic challenges faced by the entire ecosystem will never have a solution. Leveraging our collective strengths together for a greater purpose will revitalize our economy, and allow entrepreneurship to occupy a more meaningful role in driving the transformation our ecosystem needs.

NYEW was created as the state’s premier forum providing the framework and catalyst for conquering New York’s economic challenges by aggregating the most important disparate entrepreneurial stakeholders from around the state with remarkable entrepreneurs from around the world. Attendees are given the chance to learn, grow, connect and leverage opportunities to drive exponential economic change.

I am inspired by and relentless toward providing kids the ability to create the world they want, so that those who are driven to achieve are afforded tools such as entrepreneurship to learn, grow and express themselves. I also am extremely supportive of people and companies invested in driving social and economic change.