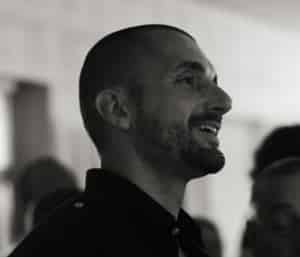 An adventurous 16 yr old kid, John Burch entered the United States Air Force and quickly  realized that he was meant for other professions after his four year enlistment  was up. He opened his first Martial Arts School, which was ranked one of the  top two in the country, and was shocked since he had no college education in  business. That school success bred a second location and thing were  booming… little did he know he was the highest paid slave. Unable to  continue the growth, due to burnout, he sold his businesses. Not deterred,  he studied why his passion seemed to turn on him. Why did the thing he once  loved feel like a chore? He spent the next several years documenting his  success but more importantly his failures. In addition, he became an expert  at what others did in his situation. He became an expert on experts. When  John was pestered by a friend to look at their business, a small consulting  firm, he decided to test what he knew. His position was to take the small  business and not just make it bigger but to make it a device (business) his  friend could use to make slightly more money but have massively more free time.  And, it worked. It took about 6 months to get it dialed in but it worked by  reducing his work hours, building a system of support and giving him more  free time while increasing his profit. When other businesses, in the US and  around the world, began to hear about this and contact John it became  clear… he needed to build a seminar and other tools (here’s a link for a  company he partnered with to coach a group of trainers ) for them to get  exposure to these ideas. To date, John has trained over 100 businesses world wide and does ongoing mentoring for two dozen each month.

I’m working on ways to empower as many small/medium size business owners to either create a system that supports  them or enhance and improve a system already in place. This requires both  building bigger dreams and building better standards to build a better  quality of life. The empowerment I’m talking about isn’t just being a  cheerleader on the sidelines… Mostly, like 99% of the time, it’s  introducing tools and methods then holding a person accountable to those  dreams,  standards and future they aspire to.

1) The internet continues to allow for tracking performance of… everything. And the tools are getting more user friendly to support people  because of the low barrier to entry level testing.

2) Hostility in the marketplace… nothing is better to clear away the posers than volatility. The real entrepreneurs will be left standing.

3) Niche is the new big. Small ideas could gain traction and 999 crazy  passionate fans will generate a modest fortune if done correctly.

I know what I’m good at and I focus on doing  that first when getting up. This is before answering the phone or checking email,  which I only do a couple times a day. This is the time to accomplish something  regarding my business driver… other items are low priority to get responded to or  are redirected to another person on my team. Maybe an intern. I’m also great at  synthesizing information… nothing gives you a better view than to stand on  the shoulders of giants.

Early  on in my entrepreneurial career I made the mistake of confusing my success  of energy with success of a system… Now I get an idea and early in the  development stage I look to see if the idea supports a system. If if  doesn’t, I abandon it.

The  benefits of this suggestion will be noticed in the  quality-of-life-improvement area… boycott TV… As a collective, choose to  ban a TV network to show advertisers who is really in control. This is just  for a designated time not for ever.. heck, I’m a fan of TV shows like House.  And I’m not against ads, just bad ones. Let’s send a message to the  ad agencies that if they are going to borrow some of our valuable time they  better be very entertaining.

What is the greatest enjoyment of what you do?

I love  seeing someone I’ve mentored or trained “get it.” The moment the light  switch goes on inside… Now, I’m not talking about when they comprehend what I’m  saying but they are actually doing what I’m saying and are happy with their  results. I smile like I just won the lottery.

What is the hardest thing you had to overcome?

I had to  get over myself… seriously. I realized at some point that a rough life,  childhood, blah, blah, blah is no reason to be a drama queen. Here’s the  truth I’ve found –  everyone has it rough. It’s a level playing field. Now  get to it.