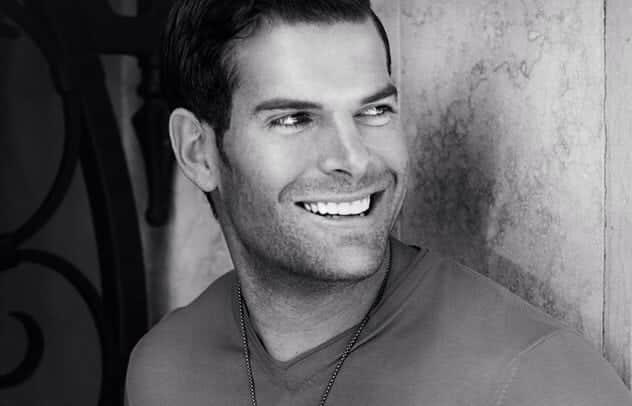 [quote style=”boxed”]Different strategies should be used for different businesses. As ironic as it sounds, the most important strategy you can have is to have a strategy. [/quote]

Gideon Kimbrell is a software engineer and entrepreneur. He owns Syragon, a software development company that has worked with well-known brands like Johnson & Johnson and Barnes & Noble. Gideon recently developed Clubscore, an app that allows people to book tables at clubs. He’s currently developing a similar app that’s designed to be more exclusive. Gideon has extensive experience as a developer and CTO.

Where did the idea for Clubscore come from?

My friend, Greg, and I were texting friends and promoters to set up a birthday party at a club, and we realized there was no app for all that tedious work.

I’m definitely a night owl. I wake up around 9 a.m. I’ll eat breakfast and then immediately clear my emails and push alerts, flagging important items to do later in the day. This includes speaking with my team members, half of whom are remote.

I then go through my phone notes, where I have one master to-do list. I’ve found using my notes works better than any task app or software; I can cut and paste tasks in a hierarchy of priority.

Then, I do any running around that needs to be done before businesses are closed. Major meetings are usually scheduled later in the day, around dinnertime — that’s because my brain doesn’t get into full gear until late in the day, and I want to make sure I have a full grasp of my priorities before I go into a meeting. Nothing is worse than being in an important meeting, only to read about an emergency in your email that you have to step out for.

At that point, I break for supper and the gym. After the gym, I get creative and work on larger projects for a couple of hours. I try to shut down by reading, watching documentaries, or cleaning the house before bedtime around 1 a.m.

It depends on the idea. I’m also an artist, so with my art, I start by playing some music and working on the color palette that matches my mood. With business and software, the process is a little different. I may look at solutions that already exist, to get ideas and establish gaps. I also speak with friends, potential customers, or suppliers to briefly understand what the market’s needs are. From that point, it’s about building a prototype. Release early and often. That said, your first “early” release doesn’t need to be a heavily publicized one. I’d advocate for several private beta/alpha releases. Build a tight feedback loop, and keep iterating until you get it right.

So many trends excite me, but human life (consciousness) extension is the most exciting for me. I’m not sure what traction the 2045 Initiative has gotten, but I find it very intriguing. Since we’ve mapped the human genome, we’re very close to finding the secrets to anti-aging. Maybe we don’t want to live forever, but we’d have to try it first to find out, wouldn’t we?

Going to the gym and eating well definitely makes me more productive. Business and tech people aren’t exactly known for being fit! Entrepreneurs are really missing out if they don’t give their bodies the proper attention. Getting the blood flowing has been shown to increase intelligence, memory, and lucidity. It’s not about looks; it’s about being a performance machine that can churn out consistent, high-quality results, day after day, without burning out or crashing.

When I was “homeless” in Winnipeg, Canada, I worked for a cold-calling sales center. We were shoved into little boiler rooms with a manager who was yelling at us every five minutes to sell more magazines. The business basically worked by cold-calling old people and nearly tricking them into giving their credit card information for a magazine subscription — all for about $8 per hour. However, I needed short-term cash to get a room for the week. I had too much pride to move home with my family. I wouldn’t take a handout from anyone, and I still won’t. I learned appreciation for opportunities, and I developed sympathy for the people who still work at that place. We take too much for granted.

I would start associating with the right groups of people sooner. I would find a way to get into their circles. Success really comes down to the people you associate with. Even if you have to “buy” your way into a group — for example, by attending a conference or convention — you need to do it.

Different strategies should be used for different businesses. As ironic as it sounds, the most important strategy you can have is to have a strategy. Last year, I pulled up some strategy meeting minutes from 2009. I remember writing the goals on that PowerPoint and thinking, “Wow, I am being aggressive.” By 2010, we’d already accomplished those goals and then some. Track your goals. Create a mix of small goals and big goals so you feel rewarded and challenged.

We came out with a product last year that customers loved, but partners and suppliers weren’t fond of. We learned you need to engage your entire market before investing large amounts of development resources or capital. Just building what a customer wants may not be enough. If you have suppliers or industry partners, meet with them early and get their input. We fixed this by having meetings with all the industry players, suppliers, and fulfillment centers, getting them more involved in the design of the end product.

We need anti-loss Bluetooth stickers. You stick them on, and if you walk away, your phone will sense the Bluetooth signal loss and alert you. There’s a product that just came out a few months ago that does something similar, but it’s too large. It needs to fit on sunglasses and smaller items.

I’m descended from Cherokees, and I spent my first 12 years in Montana, without running water or electricity.

• I use Digg Reader to keep up with news. I love the simplicity of it.
• I use NOOK to read books. I love that there’s an app for my iPhone and iPad that keeps my reading position across devices.
• I love the Expedia app for booking travel. It has everything you need, and it sends you push alerts about updates.

I’m almost done reading “The Charisma Myth,” and I strongly recommend it to anyone in business. It highlights the fact that simply having smarts won’t make you successful. You have to have charisma, or the ability to attract people. The book uses some common principles found elsewhere, but it’s very practical and has some salient bits.

Jack Dorsey:
I find his quotes inspirational from a business perspective.

Richard Branson:
I admire his flamboyance and his diversified approach to business, exemplified by setting his sights on space as the next frontier.

Winston Churchill:http://www.goodreads.com/author/quotes/14033.Winston_Churchill
Winston Churchill is another courageous and inspirational leader. “Success is not final, failure is not fatal: it is the courage to continue that counts.” I find him very motivational.

Rumi: http://en.wikipedia.org/wiki/Rumi
Rumi’s insights appeal to my spiritual side, and I agree with many of them, especially about finding God not in the churches, masses, or teachings, but within.