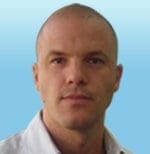 Gonzo Arzuaga is a serial internet entrepreneur. It started in 1996 when he created a search engine in Latin America, that in 1999 was acquired by Terra/Lycos. He then created an internet incubator that failed miserably, going down with the internet bust of 2000. In 2007 founded KillerStartups.com that today gets roughly 1M visitors per month.

In the meantime Gonzo lived in 5 countries, learning to speak languages (spanish, english, portuguese, french and mandarin, in that order). He also published 5 books, about the business opportunities of the internet, and motivational quotes. He likes to write, and to give motivational talks to support people’s dream of becoming an entrepreneur.

Startups.com is taking all my time. We’ve launched 2 months ago, and got an impressive 10,000 site owners that want to get our daily deals keeps me moving. We want to go for more. Also doing customer service and contacting merchants that want to be featured on Startups.com is my main activity and focus.

I’ve been doing business online since 1996 and I don’t think there was ever a typical day! Since 2000 I work at home, and I just love it. So I get up, do a routine check of checking stats, doing some emaling, and planning the day. Then I do skype calls all day, pretty much until the evening. I do some spinning 3 times a week, and I walk around when I need to think, and to get away the day to day. I go to bed with my iPad and check Zite and Twitter for all the important news of the day.

As entrepreneurs, and particularly serial entrepreneurs, we have the “problem” of coming up with lots of ideas every day. The problem is, you have to focus on what you’re doing right now, the project you have in your hands at this time. My believe is that for any given project to really succeed you have to give it at least 3 to 5 years, so basically the point here is: how to let go of ideas that are not related to your current business. And that’s a hard job to do!

Answering your question, when I get hit by an idea (and that can be really at ANY time: when taking a shower, in the elevator, when walking around the park) I try to use pen and paper first, very old school, but help me to think thru the whole thing. Then I use Google Docs to be able to share it with the team. And only then, try to see where it could fit into our roadmap. Easier said than done, because I want to see it implemented NOW.

There’s a great satisfaction in seeing ideas, only abstract imagination, brought to life. That still amazes me when it happens, it’s an awesome thing.

Oh boy, only one? I’ve made so many I lost count. Lately it seems I’ve been bad at judging people, and I’ve learned that understanding human behavior is a very difficult craft.

It’s an idea I had for a long time, not sure how good it is, or how big it’d become. All my life I’ve been fascinated by polls, don’t ask me why because I have to clue. So I came up with this idea (you, dear reader, are more than welcome to take it away if you like it): offer websites a very powerful poll solution to paste in your site. The trick is: in the results page, it could be monetized with ads. Fully customizable, API driven, etc, etc. The publisher decides how “greedy” he wants to be in terms of numbers of ads being displayed. You can also provide websites looking to further monetize their site, with the actual polls themselves. The idea goes on and on, but that’s the basic of it.

TechCrunch and Mashable to keep updated on daily news. I also like to read AVC.com (Fred Wilson’s blog) every week for a more thoughtful read.

“Rework” by the people at 37signals. Every entrepreneur should read that one.

@davemcclure Dave McClure So disarmingly unassuming, and with a very laid down approach to business.

@fredwilson Fred Wilson He’s just down to earth on everything he does, the way he explains himself on his blog and on difficult issues. The personal touch he brings to all he does. He’s humble, friendly, and I could go on and on.

These people, among others, have clear drive in business and in life.

It was recently actually. Watching a youtube video of a guy shouting to the TV screen when watching a futbol match. It was hilarious, and now got 5M views.

I like them so much that I even write some myself! Heck, I even published a book with motivational quotes and pictures of kids, can you believe it? I have more motivational books written but I wish I had more time to work on publishing them.