Graham Talley – Co-founder and CEO of Float On 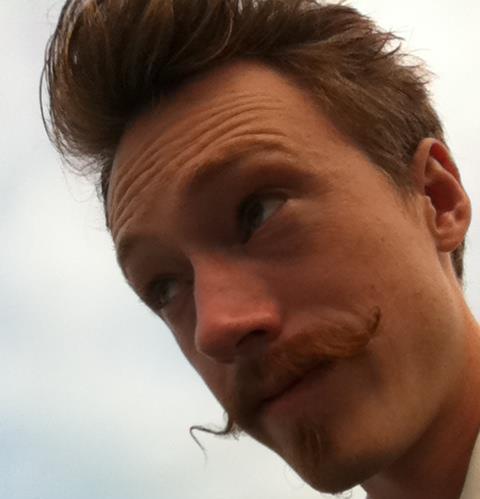 [quote style=”boxed”]I only know one way – by putting way more work into them than you ever thought you would at the beginning.[/quote]

Graham Talley is Co-founder and CEO of Portland based business Float On, which is the largest float tank center in the United States. In addition to running over 1250 sessions in their sensory deprivation tanks each month, they offer consulting to other float centers, host community workshops, design their own software, and have just republished a consciousness cult classic by John Lilly, the inventor of the float tanks.

The biggest project for the last several months has actually been a book launch, which is May 15th. We’re re-releasing Programming and Metaprogramming in the Human Biocomputer, and we’re making a real push to make it an Amazon bestseller (which is a hefty challenge as it turns out, especially the first time around).

It’s a cult classic by Dr. John C. Lilly about sensory deprivation, LSD, dolphin communication and exploring the (seemingly boundless) potential of the human mind, which been out of print for 25 years, which is a shame.

It’s been a divergence from working directly with the tanks, but it’s been an absolute pleasure, and a great (if sometimes hard) learning experience.

Where did the idea for Float On come from?

My other original Co Founder, Quinn Zepeda, had heard about float tanks from Joe Rogan (which is not an uncommon story in our industry). He floated in Venice Beach before I dragged him up to Portland from our childhood home in Southern California.

When he was looking to quit his day job, I suggested starting his own business, and after brainstorming ideas over a couple beers (and doing some sloppy and quite literal back-of-the-envelope math), we decided that float tanks were both interesting, hugely beneficial to people, and potentially a truly solid business idea.

At this point, I don’t have any typical days. I know that some people crave consistency and habit, but I’m most at home in the chaos of things. I could be on a book tour road trip, or fixing the plumbing on a leaky pump, or doing marketing consulting for a float center in Australia. One thing that is almost always consistent is 2-5 hours of emails and phone calls every day.

The floatation industry is just now developing, even though floating has been around for over 40 years. That means there’s a lot of people, with a lot of excitement, who have a lot of questions. Part of our long term strategy is to help as many people as possible while things are just getting going, and although it can be tedious, giving one-on-one attention to anyone who approaches us both feels good, and has opened incredible doors for us.

I only know one way – by putting way more work into them than you ever thought you would at the beginning.

I’m very excited by cybernetics (in the sense of systems theory, rather than robots) and of permaculture gardening. Both revolve around creating closed-loop systems, in which waste is reduced and a certain amount of harmony makes each element of the system more beneficial than as an individual piece.

That and floating of course – I’m very excited by the rising trend of float tanks.

I’ve actually only had two jobs that weren’t working for myself, and they each only lasted for about 3 months. What I learned from each was that I’m a terrible employee. I’m as bad at working for other people as I am good at taking the initiative on my own projects.

I would have adjusted our budgets and our timelines. Especially with physical construction, we really just had no idea what we were getting ourselves into. Our eyes were definitely bigger than our stomachs, and a little dose of reality early on would have gone a long way.

Contribute! Start a dialogue! Start a company! Listen to podcasts (I listen to mine on double speed while I do my dishes – current favorites are Mixergy and Smart Passive Income).

No matter where you are in business, there’s always more to learn, and more good projects that are not being done. Just put time into it, and make sure you have a solid frame of mind. This isn’t work, it’s a lifelong vacation of doing what you want in the world. There’s much to do, and it doesn’t have to be a burden.

In the midst of all the insanity of running a business, my own life was falling into chaos (and I live with 2 of the other Float On owners, which has a multiplicative effect). We ended up trading floats for housecleaning service once or twice a week, which has been an amazing life upgrade. Sometimes solutions to your problems only take a small amount of time to bring to life.

So many! I’ll go with the one I most want to see but will never do: a restaurant called ‘Drug Front,’ which has boarded up windows and a small interior with only 2 tables, and a guy sitting there. If you know the secret password, you’re let into the back, where there is a full bar, piles of powdery sugar and salt stacked on the tables… pretty much whatever you can think of to do it up right. It’s been mentioned, although I personally don’t condone this, that it also makes a very good candidate for an actual drug front.

Also, a company called Chick On, which both provides dating advice and sells organic eggs.

I believe that individual education and improvement is the cornerstone of any other change that you want to accomplish. I would love to get people to consider their actions more, to live up to their potential, to have the energy to do the good work that needs to be done. What I would do is exactly what I am doing – provide a space for people to heal their bodies and rest their minds. In my specific case, with float tanks.

I would also ideally make sure that there was a daily logical fallacy presented to children in their classrooms from the first grade on. Also, I’m not even sure if I’d keep ‘classrooms’ as such, but that’s another topic.

I once snuck into our fridge, in the second grade, and made a lot of chocolate milk in my mouth by swishing around milk and chocolate syrup. It was delicious, and I never told anyone.

Evernote – I’ve always wanted my very own exobrain, and I love the company itself.

Google Docs – I don’t know how I’d do half of what I need to do without google docs and spreadsheets. Amazing for collaboration.

The Seven Day Weekend by Ricardo Semler. It’s truly inspirational, very readable, and is worth it if for no other reason than finding out how a huge manufacturing company can successfully let employees set their own hours, wages, titles, and a lot more. A great dose of pre-tech culture and workplace freedom.

I’m a big laugher. I’m just turning 30 and I already have a good start on some serious smile lines. I actually laughed out loud just looking at this questions, and thinking about all the things I laughed about recently.

Dr. John C. Lilly. He was an incredible scientist, inventor, writer, philosopher, and (most notably to many of his readers) consciousness explorer. In addition to inventing float tanks and pioneering dolphin communication, he was a truly kind man who dedicated his life toward bettering our understanding of ourselves and the universe we inhabit.

Starting a new company, what is the first employee you’d hire?

A bookkeeper! I always think that just because I know how to keep books, that I’ll actually have the time to do it. Things get out of control before I know it, and I have to hire someone to sort through the craziness…. the next company I start is going to have a bookkeeper from Day 1.

What is the best way to eat a cream cheese bagel when you have a large mustache?

Flip it upside down.

Also, check out Programming and Metaprogramming on Amazon (leave a review if you get it!)