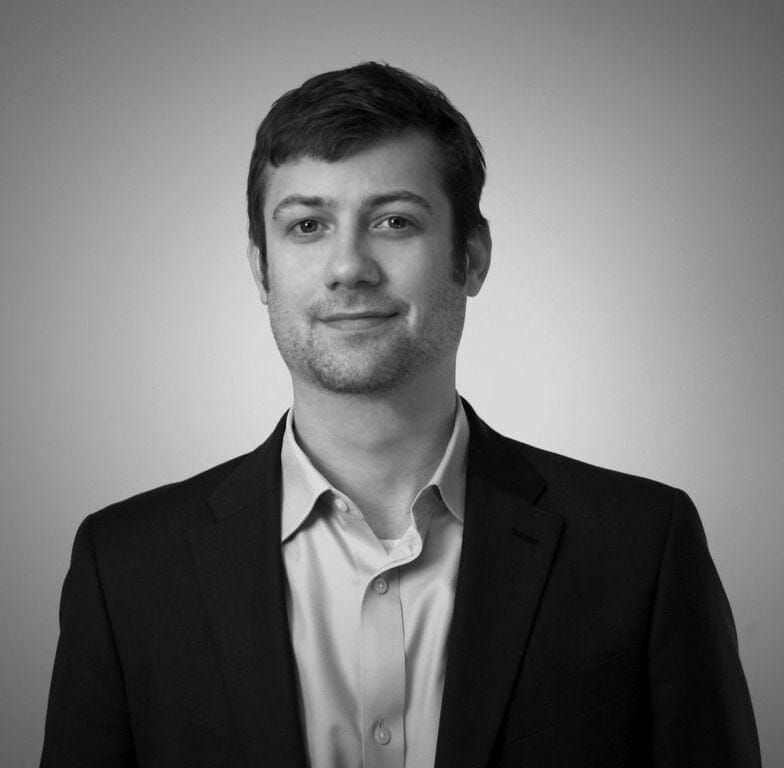 [quote style=”boxed”]Move desks around in the office. It annoys everyone to no end, but it’s a very easy way to have different groups and people work together, and it makes the operations of YellowHammer run more smoothly.[/quote]

Hagan Major is co-founder and COO of YellowHammer, a New York City-based performance trading platform that provides programmatic buying solutions for advertisers and agencies that demand a tangible return on their advertising dollars. As COO, Hagan is responsible for YellowHammer’s corporate strategy, client performance, and distribution. He oversees the development of YellowHammer’s technology platforms on the buying and selling sides, as well as the development of client strategies.

A born entrepreneur, Hagan quite literally grew up with the online advertising industry. In 1999, while still in high school, he started ClickHype, an ad network that eventually served more than 100 million ad impressions per day. After ClickHype was sold, Hagan co-founded Linkbucks.com, an advertising service for users of social networks. As CEO, he grew the site from a mere 500 visitors per day to the top of the Alexa Internet traffic rankings with as many as 30 million unique visitors daily.

Hagan’s areas of expertise include advertising strategies, yield optimization, and performance-centric media buying; however, his passion is on the creative side, working with designers and ad operations teams to deliver campaigns. Hagan has consulted for Imeem (later part of MySpace), the ad-serving technology AdvertPro, and the Alabama-based charity Mitchell’s Place.

Where did the idea for YellowHammer come from?

There wasn’t any “Eureka!” moment, so it’s a bit anticlimactic. I suppose YellowHammer grew out of a realization over the course of several years that the online advertising industry was structured in a way that put advertisers at a disadvantage. The incentives for publishers, agencies, and advertisers were misaligned so that all of these different players that should have been cooperating were actually competing against one another. YellowHammer came from a desire to build platforms and offer services aligning the interests of all companies in the display advertising supply chain.

I wish there were more “typical” days. I’m most productive in the early mornings, so I try to get to the office before the morning rush so I can review my calendar and clean out my inbox. After that, it’s about putting out the fires that occur throughout the day.

First, I think it’s important to critically evaluate ideas. People have great ideas all the time, and I’m fortunate to work with people who come up with amazing ones every single day. But that doesn’t mean you should pursue every great idea. I think the most important question to ask about any new concept is, “What is the problem this idea solves?”

After that, I like to write things out and plan as much as possible. That makes me sound more organized and methodical than I really am, but it’s really just a way of thinking through all the necessary steps and potential problems.

After that, it’s just about following through.

I think display advertising has a lot of trends that are really interesting and exciting. It’s the oldest advertising medium on the web, but it spent the years following the dot-com bust in a sort of dark age. Search advertising was really driving innovation, while display was basically stagnant.

Over the past several years, though, display has been going through quite a renaissance for both brands and direct-response advertisers. Data, ad-targeting technologies, and exchange-based bidding have really improved the marketplace for advertisers and consumers alike.

I read and write daily.

Honestly? At times — especially early on — being an entrepreneur is the worst job imaginable.

Exciting? Yes. Stimulating? Yes. Rewarding? It can be. But the fact of the matter is that founding a new company will consume your life early on.

We have this glamorization of entrepreneurship that oftentimes distorts the reality of what starting a company from scratch actually involves.

People found companies to solve problems, provide a service, or create something new, but early on, they won’t get to do that. They’re going to deal with taxes and payroll and insurance and contracts — things that aren’t involved with what they actually want to build. The nights are long, and the stress grows as the organization grows. It’s a wild, heart-wrenching ride.

I wouldn’t trade it for anything, though.

That’s a difficult question to answer. I don’t think we did enough planning early on for the growth of YellowHammer as an organization. We knew the business strategy and had our operations nailed down, but we didn’t think about what came after that. Organizational questions like how many people we would need to grow to X, when we needed them, and what size office we would need in three years all came to us haphazardly.

Move desks around in the office. It annoys everyone to no end, but it’s a very easy way to have different groups and people work together, and it makes the operations of YellowHammer run more smoothly.

Cash flow management is everything. YellowHammer was self-funded, and the biggest challenge with having a self-funded business is that if the company is doing well, you’re spending more and more every month as the company grows. It’s very important to keep tight controls over your spending and accounts receivables.

I’ve had a lot of failures. Fortunately, I got started early. YellowHammer’s co-founder, Joe Hirsch, and I started the business that would lead to YellowHammer in high school around 15 years ago, so we made many mistakes when we were young enough to bounce back quickly.

In terms of my biggest mistake, I’d have to say it was attending college while running my business full time. It was a way of “hedging my bets” and led to lackluster results for both my company and my academic career.

When I talk to aspiring entrepreneurs now, I tell them to quit their jobs and then launch their company. It’s critical to put yourself in a position where your back is against the wall and you have no choice but to make your company succeed. When the lifeboats have all been burned, you’ve got no choice but to patch up the ship and sail on. That’s when you’ll do your best work.

I’d like to see a BlackBerry-esque device that runs Android. I miss having a physical keyboard on my phone with tactile feedback (and no, I’m not talking about one of those awful slide-out keyboards, either).

After winning the state and district tournaments, I was disqualified from the national high school debate tournament for sleeping through the semifinal round. I’m an early riser now.

I’m a big fan of Microsoft Outlook. Web-based email just isn’t as versatile as a program that’s been developed for 21 years. I’ve got custom keystrokes for everything.

I’m forced to use Google Drive for intra-company collaboration, but I loathe it.

I think everyone should read “Simple & Direct” by Jacques Barzun. It’s a book about writing that emphasizes preciseness. Language and words are the ultimate form that every idea must take, and anyone in business should be able to put words down on paper so you can turn your plans into action.

Michael Eisner and Frank Wells were an incredible team in the ’80s and ’90s. Their turnaround of Disney is a fascinating example of how new ideas and technologies can shake up an organization for the better. For 10 years, they were constantly moving people around and getting into businesses that hadn’t been associated with movie companies before then: retail stores, hotels, Broadway shows, etc. They really pioneered the modern media business as we know it.