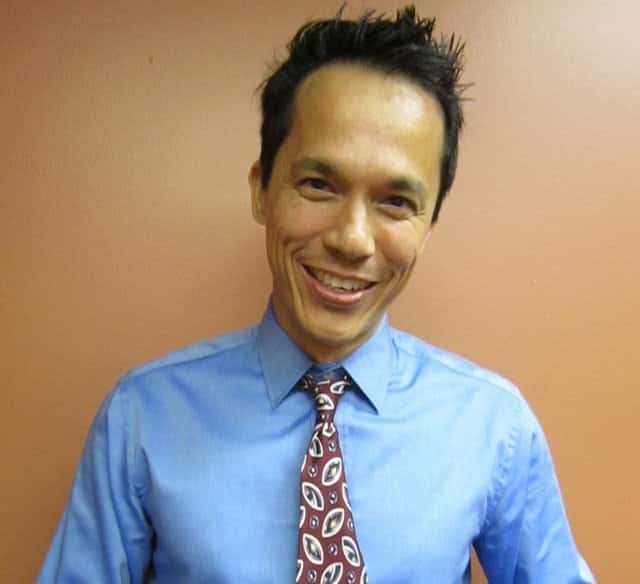 [quote style=”boxed”]I set daily goals when I wake up in the morning. Before getting out of bed I visualize how I’m going to accomplish them, and overcome obstacles. That has an amazing effect on bringing abstract ideas to life.[/quote]

Ian Ippolito is the founder of Exhedra Solutions and a serial tech entrepreneur. He founded his former business, vWorker (a virtual outsourcing site), in an extra bedroom in his house in 2001. He grew it to 15 employees and $11.1 million in revenue, before selling it to Freelancer.com in 2011, for an undisclosed price in the $ millions. Entrepreneur magazine called vWorker one of the “100 most brilliant companies on our radar”, and it was a four-time consecutive winner of the Inc. 5000 “fastest growing private company in the U.S.” award. He is currently CEO of Peanut Butter and Jelly Games: a company that makes 60 second puzzle games that people play for money. Ian has been interviewed on CBS and FOX news, the Wall Street Journal, Business Week, Fast-Company and many other broadcasts, publications and journals.

Where did the idea for Peanut Butter and Jelly Games come from?!

I’m a serial entrepreneur and have created several companies. I created my current company, Peanut Butter and Jelly Games, after realizing that skill gaming (which is playing of games of skill for money) is legal in 36 US states… And yet no game existed that would allow people to do this quickly and easily. So I created a puzzle game that people could play in 60 seconds, and compete against 3 other players for money. I knew that to work people would have to be able to play it from anywhere. So a key part of the strategy was to make the game playable on any phone, tablet or PC.

Before that, I created a site called vWorker, which connected 150,000 employers with 300,000 virtual workers around the world. It’s genesis came from the failure of a previous company. I had created a site for computer programmers called planet source code, which was a site where computer programmers could share the building blocks of programs with each other and dramatically speed up their programming. By 2001 it was getting several million visitors a month and was making very good money selling advertising. However, in mid-2001 the .com crash occurred, and most of my advertisers went out of business. Back then you couldn’t get high-speed Internet to your house, so I had signed the year-long lease on 6 T-1 lines, at $1500 a month per line. So obviously with no advertisers I was in deep trouble. So I thought to myself,” what resource do I have right now that is undervalued”? After thinking about it for a few weeks I realized the answer. At planet source code I was constantly getting requests from programmers to help them with their code. People offered to pay me constantly and I was continually turning them down. I realized that there was a need for a site where people could safely outsource their computer programming. I knew it wouldn’t work without escrow and arbitration features as well, so I created those processes too.

What does your typical day look like and how do you make it productive?!

After I sold vWorker to freelancer.com in 2012, I technically became retired and no longer had to report into an office. So I was able to spend my day with our newborn baby boy, and enjoy some downtime. However, after several months the itch to create again became too strong and I founded Peanut Butter and Jelly Games. So now I work throughout the day from my home office, taking breaks to play with my son. To make things productive, everyday I pick the hardest thing on my to do list and get it done 1st. This gives me great momentum throughout the day.

I set daily goals when I wake up in the morning. Before getting out of bed I visualize how I’m going to accomplish them, and overcome obstacles. That has an amazing effect on bringing abstract ideas to life.

We are still in the early stages of 3-D printing. But once it matures and becomes ubiquitous it is going to dramatically change the way we do everything. Instead of ordering something from Amazon and having it shipped, we’ll just purchase the design online and the 3-D printer in our home will print the object out… No more time consuming and inefficient mailing of goods. A food-based 3-D printer will be able to print any type of food that you’re hungry for, much more quickly and reliably than making it. And we will live much longer and higher-quality lives, because we will be able to do 3-D print organs and body parts to replace things as they are damaged or worn out. It’s an amazing technology with almost unlimited possibilities.

I mentioned it above. It’s easy to have your to do list pile up over time and then it can become very discouraging to think about how much is undone and remains to be finished. I read a book that recommended that every morning you should “eat a frog”. In other words, every morning you should pick the hardest thing on your to do list and get it out of the way. It’s counterintuitive, but I find that the sense of relief of eliminating a difficult item gives me incredible momentum throughout the rest of the day.

Cleaning the toilets at the recreation center at Marquette University where I was a student. I learned very quickly that I wanted to finish my degree so I wouldn’t be stuck with a menial level job!

f you were to start again, what would you do differently?

I try to live my life so that I don’t look back and have regrets. This means taking calculated risks from time to time that stretch me out of my comfort zone. So I actually wouldn’t do anything differently if I started all over again. However, it is so much easier to start a company today than it was 15 years ago. So if I did start again today it would look completely different in a strategic sense. All the basic infrastructure that I had to create from scratch such as hosting, legal, etc. can now be acquired either free or for very little money and very quickly. So it’s an exciting time to be an entrepreneur.

I make lots of mistakes and fail continually. Ideas that I think are going to be brilliant often end up crashing and burning. It’s difficult to do, but I found that it’s vital to test your ideas continually, have the courage to look at the results realistically, and if and when things don’t work out, have the strength and persistence to get up and try as many times as necessary to make things work.

Too many companies go after too wide of a market, and end up failing because it’s very difficult to effectively market to such diverse audience. I found it’s much better to target a niche, and then grow from niche to niche… instead of trying to take the whole pie at once and ending up with nothing.

The 1st software product that I created was called the Power Launcher. I spent months learning the programming language to create it, and then several more months refining it. When I finally released it to the market, it never sold a single copy. It was as complete a flop as possible. But I learned a really important lesson. It’s great to have a good feeling about what you think will be successful. However you have to test your assumptions as early as you can, or you will potentially end up wasting a lot of time and money, like I did. And it’s vital to do things like market research.

There’s a saying in the stock market that “a rising tide lifts all boats”. If I were one of your readers and looking to start a business today, I would start by looking at the largest megatrends for the next decade and thinking about how I could make a unique contribution to solutions in one of those areas. I think 3-D printing is one of those areas. Fortunately, the 3-D printing space is so wide, that there are numerous possible businesses that can be created from it.

I met my wife and a masquerade party, which I threw my house. She made her own costume and it was so good that she won the costume contest. However she was very mysterious and did not remove her mask the entire night. As the host I only got a chance to talk to her for a few seconds that night. But several of my friends approached me later and told me I should be dating her. I ultimately took their advice and it was the best decision I’ve ever made. We were married 2 years later and then a year later had our baby boy.

Dashlane is a free password memorizer and also remembers credit card information. If you log onto a lot of sites and/or buy a lot of stuff online it saves a ton of time.

Mint.com is a great way to stay on top of your finances, set financial goals, and monitor unexpected expenses that you would probably otherwise never notice.

“Crossing the Chasm” by Geoffrey Moore is the book that was recommended to me when I was struggling with a strategy for vWorker.com. It taught me how to market effectively and was invaluable.

The main people who have influenced my thinking are authors.

“From good to great”by Jim Collins.

“4 steps to the Epiphany” by Stephen Blank