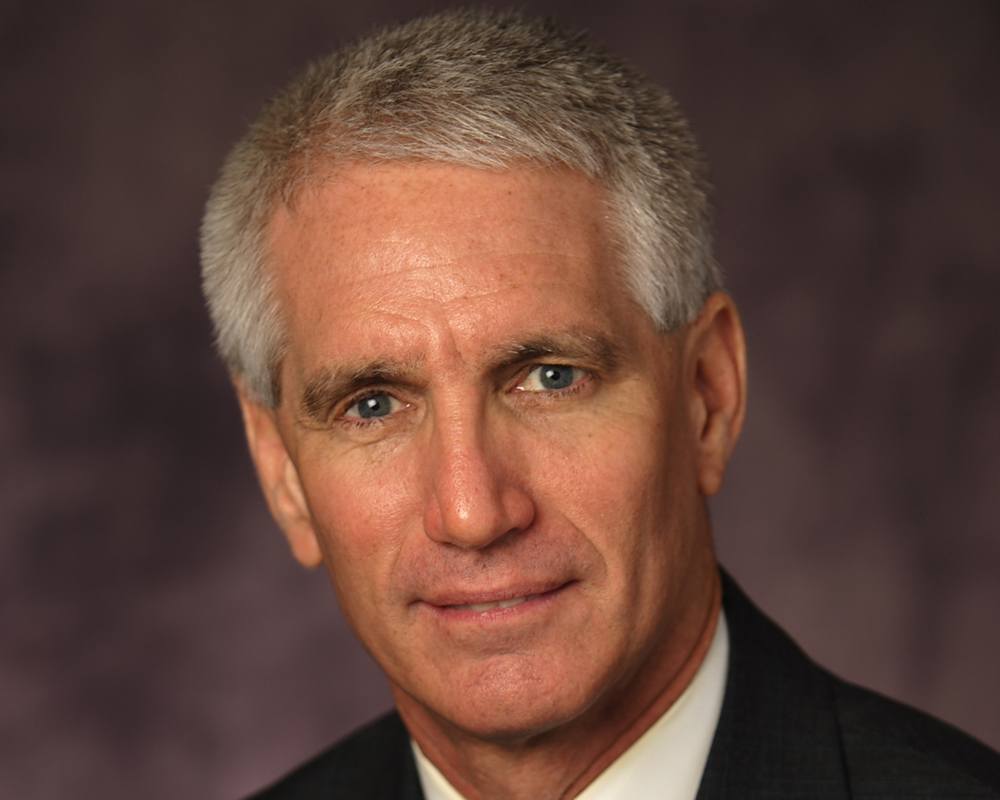 Jack Berlin founded Accusoft in 1991, and as president and CEO, he’s provided consistent leadership and strategic direction for the success of the company. Accusoft is actually Jack’s second company. He founded and successfully exited Intellicom, a computer hardware company, in the ’80s.

Jack is also involved in the community. He serves as a commissioner on the Hillsborough County Parks, Recreation and Conservation Board and a site-selection committee member on the Jan K. Platt Environmental Lands Acquisition and Protection Program. He’s also the current chair of Tampa Bay’s Youth Education Town Center, an NFL program that aids underserved children.

Where did the idea for Accusoft come from?

I was working with a small startup in digital imaging when the first digital camera was just coming out, and I fell in love with digital imaging. I’d already sold a company the year before, so I had some cash on hand. In short, a lot of things were happening at once, including having my first child.

I met a guy who owned a company called Pegasus Software Services, which was doing database coding. I hired him to be my coder and rented office space from him. He became my first partner, and I was funding it. It was easier to call it Pegasus, but I decided that we would be called Pegasus Imaging Corp. because the initials were PIC. In 1998, we bought Accusoft, and I liked that name more than ours, so we made the transition. We’ve been Accusoft ever since!

Like most entrepreneurs, I don’t have a typical day. I have days when I get to sit in on product brainstorms, but I also have days when I’m stuck in executive meetings all day. It’s difficult to let a calendar dictate my day. I constantly get calendar invitations. There’s no bigger lie in the world than the question, “Can I have five minutes?” So, I try to start my morning by figuring out exactly what I need to accomplish that day, then I schedule everything else around that.

A lot of trends scare me, which is good because trends should scare you before they excite you. That’s what makes you want to take advantage of them! It’s not really a new trend, but what still excites and scares me is cloud computing. It’s an absolutely fascinating time for our industry because more and more problems are being solved in the cloud. I read about it a lot, and as a company, we’re embracing the trend and continuing to make sure our technology is easily accessible.

Prioritization is key. As an entrepreneur, getting into the habit of deciding what needs to get done that day can be difficult, but ultimately, it will free up your time to focus on what’s incredibly important.

The worst job I ever had was being a management consultant. It was terrible because it was so hands-off, and I’m definitely a hands-on guy. As a management consultant, you leave without implementing anything, and I hated that. I need to solve problems. I enjoy having skin in the game. It was hard because I hated being an armchair quarterback.

I learned that I never want to do it again, but I’m grateful for the experience because it’s how I got into computers. I was doing a project for a small software company in 1983 and 1984. As I was consulting projects, the company asked me to work for it, and I said, “Yes!” I went on to have a successful year with the company. Then, I went and did it for another company and started my career in technology.

I would have paid better attention to trends in the beginning. The Internet started four years after I launched my business. I didn’t pay enough attention to the trend until it blew up. I didn’t take enough time to get my head out of the weeds and look at the industry landscape, but this is difficult to do when you have to pay the bills.

Now, I spend more time focusing on direction instead of how we’re going to hit the revenue numbers for the quarter. It’s hard to do both. If I could’ve paid more attention to trends as they came and went, I think we would’ve grown more quickly.

As an entrepreneur, what’s the one thing you do over and over and recommend everyone else do?

What’s one strategy that has helped you grow your business?

Focus on your people when acquiring a new business. A lot of our growth in the past few years has been a result of mergers and acquisitions. The best thing that has come out of our acquisitions has been the people. We don’t worry about the process; we’re going to impose our process on whomever we buy. Acquiring companies has given us access to incredibly smart people. In fact, our head of architecture came out of our first acquisition. The value that an individual can add for you is incredible.

What’s one failure you had as an entrepreneur, and how did you overcome it?

I failed to see things coming before they did. I was so consumed with what I was doing at the time that I didn’t jump on things quickly enough. We learned to pivot and got better at seeing things before the mass market did, but I wish I would’ve lifted my head up more.

What’s one business idea you’ll give away to our readers?

I’ve pursued most of my big ideas. I’ve had ideas about social gaming, which would be a blast! But I haven’t gotten to the point where I want to leave what I’m doing now and pursue another idea.

As much as I would love to give a million-dollar idea away, it’s better for people to come up with their own ideas because nothing is right for everyone. The first thing you have to do is find a problem that you can solve and that a lot of people want solved. Then, you have to be passionate about doing it for 80 hours a week. Finally, you have to find out how to make money off of it.

Find a headache, and create the aspirin. The bigger the headache, the more people will pay. My advice: Don’t do anything that involves inventory. Trust me.

What’s the best $100 you recently spent?

The most fun $100 I spent was on an experience with expensive kitchen fixtures. One of our fixtures had a broken piece, and unfortunately, you can’t just buy a replacement piece. So, I went on eBay and found a used fixture for $79. Then, I broke it so I could use the single piece off of it. I was so proud of myself.

If it wouldn’t have worked, I could’ve just thrown it away. But it did work, and I saved the money it would’ve taken to buy a new fixture. Nothing felt better than saving money and doing something my family thought I wouldn’t be able to accomplish.

The No. 1 thing I use is Microsoft Outlook. We also use a Gmail service to drive our mail, and I use Yahoo for my news and stock tracking. It has a great weather app as well!

What’s one book that you recommend our community should read and why?

I always recommend “Consumption Economics” by J.B. Wood. This book details the move from enterprise to SaaS, and it’s extremely pertinent. As I was reading it, I felt like Wood was writing about my company, but the concepts can apply to dozens of other industries.

I don’t think I respect any entrepreneur more than Peter Thiel, co-founder of PayPal. I read a lot of his writing. I also loved “Creativity, Inc.” — the story of Pixar.

Outside of books and blogs, there are many people who have influenced me by being either brutally honest with me or incredibly proud of me — both of which are motivating. My wife and kids have been especially helpful because they can be extremely honest while remaining kind.