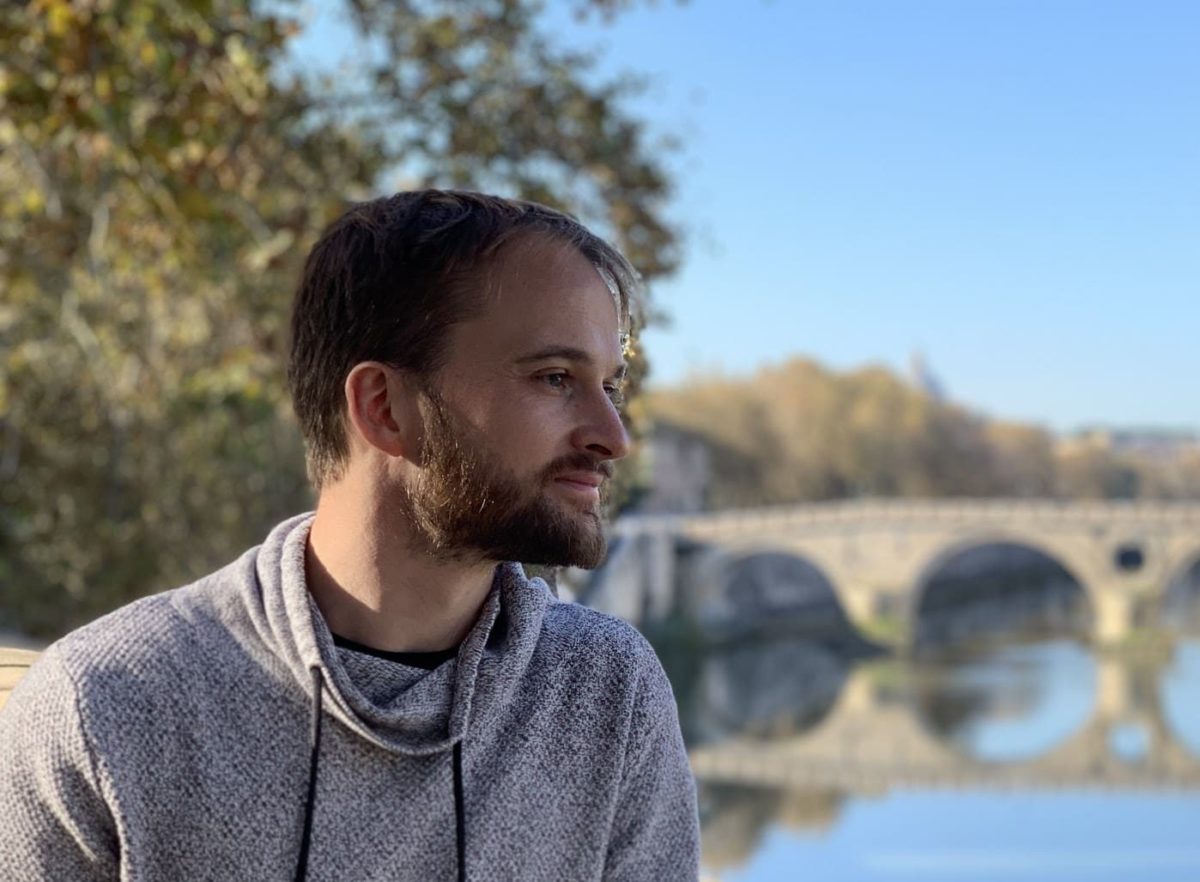 Improve old articles based on new information and from comments that people leave. It means that anyone who lands on the site is always reading something that’s up-to-date.

James Cave is a freelance writer and the blogger behind the Portugal travel blog, Portugalist.

A digital nomad, James has been working and traveling for more than 7 years. During that time, he has spent time living in Portugal, France, Spain, Germany, the UK, and South Africa, and has traveled extensively through South East Asia, other parts of Europe, and North America.

He initially worked as a marketing consultant but, after several stints in Portugal, established Portugalist. Although Portugalist is just a little over two years’ old, it has quickly grown into one of the largest blogs of its kind and has been featured in countless publications including the Huffington Post, the Culture Trip, and MSN.
The website covers everything from destination guides about towns and cities, along with articles about food and drink, as well as more complex topics like obtaining Portuguese citizenship and learning Portuguese.

It attracts visitors from all over the world, but particularly from the UK, USA, and Canada, as well as from Portugal itself. The majority of visitors are people visiting Portugal, but a large proportion of the readers are expats living in Portugal. Between 2017 and 2018 the number of monthly visitors tripled in size, and the blog is expected to continue in this trajectory in 2019 and beyond.

Although Portugal had already been a destination on some people’s radars, it really started to boom a few years ago. People also started to venture away from places like the Algarve, Portugal’s favorite beach region, and into other parts of the country.

Very little was written about Portugal and, what was written, tended to be very basic. I have strong ties to Portugal. My family lives here, and I grew up here, so I felt that this was a gap that I could fill and I started Portugalist.

I started writing about Portuguese food, about interesting places to visit, and about learning Portuguese, and people responded really well. So, I kept writing.

A typical day involves coffee and e-mails or other small tasks followed by a trip to the gym. I’m usually working on several articles at a time, as often it’ll take a while to get photos, to interview people, and to get all of the information that I need.

As a blogger, you have to do a bit of everything. You not only have to write blog posts, but also take and edit photos, update social media, do your own PR, answer e-mails from readers, and a little bit of technical work as well. I’m hoping to outsource more of this in the future, but I still do a lot of it myself.

To keep it productive, I take a Pomodoro-style approach and try to work in blocks with quick breaks in between.

Let’s say I was going to write about Portuguese food. This is a very broad topic, and I try to work out everything that people are googling related to the topic. Using a combination of tools like Google Suggest and Answer The Public I’ll get all of those search queries in one file and examine them.

I then work out if this is one article or several, and how I should structure each article. I make sure that as many searches as possible are being answered, and this helps me break up the articles.

I’m really excited that so many companies now offer remote positions, where employees can work from almost anywhere in the world. I’ve been a digital nomad for more than 7 years, but I had to create my own business to make this kind of life possible. That has a lot of upsides, but it’s a lot more work than simply taking on a new job. Remote jobs will mean more people are able to travel and see a bit of the world, and that’s a great thing.

I try to do “vomit drafts” of everything I write whether it’s an e-mail, article, or business plan. Trying to write something perfectly the first time round can cripple you, so I prefer to just get a really terrible draft down and then work from that. I don’t write full sentences: often I just write. Once I’ve got everything down, I can then edit it. I’ve found this is much more effective than trying to write something good the first time around.

Focus on long-term value. I’ve had a lot of websites over the years, but they’ve often been short-sighted projects. Inevitably they would only last a few months or maybe years, which is very wasteful.

You can’t have it all. I’ve traveled the world while working freelance, and often I’ll try to fit in some socializing and exercise into my day as well. It’s rare that I actually manage to work, exercise, socialize, and sightsee all in one day. There’s just not enough time, especially to excel in all of them, which means I have to decide what my priorities are.

I’m constantly improving what I’ve already written, which doesn’t often happen with a blog. Most people write an article and then that’s it. They might write a new one later on, but they’ll never update the old one.

I am constantly improving old articles based on new information and from comments that people leave. It means that anyone who lands on the site is always reading something that’s up-to-date and that I’m proud of. Google likes it, and I think it’s important as it’s often people’s first experience of your website and an out-of-date blog post makes a really bad first impression.

Well, interviews are good. I’ve taken part in interviews like this one, on podcasts, and on radio shows. They’re normally not specifically about my business, but I’m able to get a mention and that brings new visitors to the website. It also puts some personality behind the business, and that can really help people to connect with it.

Portugalist was initially rejected from a lot of ad networks because most weren’t interested in traffic from Portugal. I met the standard requirements in terms of visitors, but the ad networks were mainly interested in traffic from the US and countries like Canada and the UK. This meant it was very difficult to monetize it and, for a long time, working on it wasn’t very cost effective.

I basically overcame it through hard work. I grew the traffic to such a significant amount that there was enough US traffic for the blog to be considered. There was a little strategy involved as well, and I tried to work out what would bring me more visitors from the US, but it was mainly just sitting down and writing for several months.

I did all of this manually using sites like Google Flights and Skyscanner, but I think it has the potential to be its own product or a feature within something like Google Flights. So many people take a few weeks and go around Europe or Asia, but have to plan that trip themselves. An app where you entered a start and end location, and selected how many places you wanted to visit in-between, could be very useful. Somebody get on it!

I moved into an apartment recently that I’m only going to be in for a few months, but I bought a second-hand office chair as the other chair was so uncomfortable. If you’re going to be sitting down for 8 hours a day (or more), it makes sense to be comfortable.

I use HARO a lot, which connects me with journalists. Often they’ll be writing stories that I can contribute to, which is a great way to get exposure.

The Four Hour Workweek was the book that inspired me to become a digital nomad. It was the first proper book (as opposed to an e-book) that showed me that you could run your own business on the road.
I don’t know how much I followed the advice, and I certainly don’t work four hours per week, but it definitely gave me the inspiration I needed to become a digital nomad.

George Bernard Shaw said, “All men mean well.” I like it because it reminds me that, even if I don’t agree with other people, most people think they’re doing things for good reasons. Very few people are actually purposely bad.

* Write a vomit draft of everything.
* Focus on products and services that are useful and will still be useful in the future.
* Update old blog posts.
* Take part in interviews whenever you can.