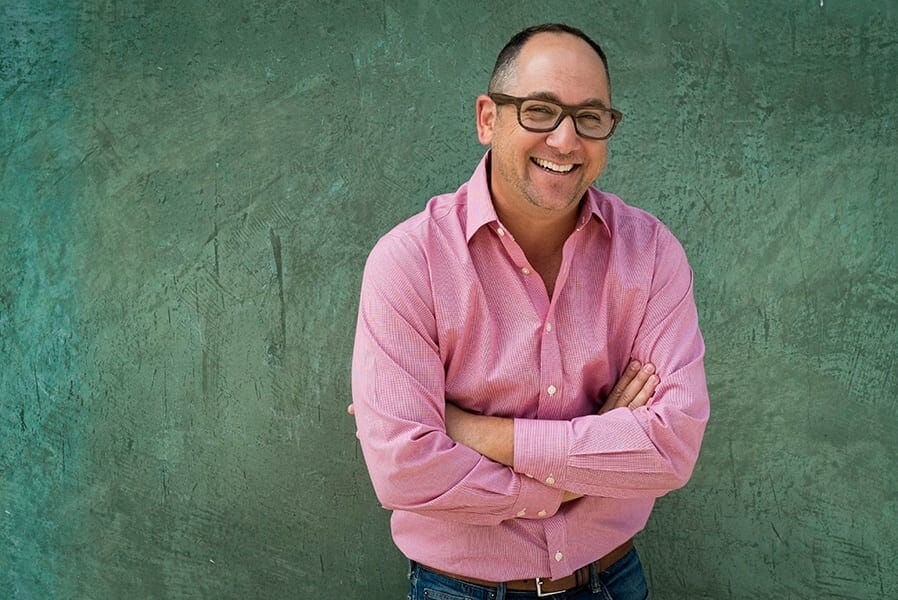 There is nothing more gratifying than seeing a need and addressing it in a way that people really get behind.

Jamey Edwards is a co-founder and serves as CEO of Cloudbreak Health, LLC, a leading telemedicine company currently performing over 75,000 encounters per month in over 700 hospitals nationwide. Cloudbreak’s mission is to humanize healthcare by leveraging technology to build trusted communication and relationships between patients and providers.

In 2006, Jamey embarked on his first entrepreneurial journey, leaving his successful financial services career to transform a small family-owned healthcare business into an industry-leading multi-specialty medical group. Years later, he led the acquisition of a video remote interpreting pioneer, Language Access Network, or LAN (re-founding it alongside its original founder, Andy Panos), which would help form Cloudbreak Health in 2015. For the first five years as CEO of LAN, Jamey did not take compensation from LAN, instead investing all available excess funds into the company’s growth.

Prior to LAN, Jamey was the CEO of Emergent Medical Associates (“EMA”). During his tenure at EMA, EMA grew into one of the leading hospital based multi-specialty group (ER, Hospitalist, Anesthesia) in the southwest US & was honored as a 4x INC. 5000 & 2x Modern Healthcare Hottest company. He remains with EMA as a Board Member.

He is also Board Member of the American Red Cross of Los Angeles, the Partners in Care Foundation, Run to Remember Los Angeles, and the Young President’s Organization (Santa Monica Bay Chapter). Jamey has been a 4x Honoree for the Ernst & Young Entrepreneur of the Year Award (semifinalist in 2011 and a finalist in 2013, 2014 & 2017) and a 3x Honoree for the LABJ Healthcare Leadership Awards in the Medical Group CEO category. In 2017, he was awarded the Patrick Soon-Shiong Innovation Award for Cloudbreak’s achievements in the industry.

He graduated as a Tradition Fellow from Cornell University in 1996 & received his MBA from Cornell’s Johnson Graduate School of Management in 2003.

Where did the idea for Cloudbreak come from?

The idea for Cloudbreak evolved as our team realized that hospitals were faced with trying to support multiple point solutions on different and incompatible IT platforms for telemedicine. We believed a more collaborative, high quality and cost-effective solution could be created, so we took on pioneering Unified Telemedicine and Telemedicine as a Service (TaaS), launching Cloudbreak Health which is now one of the leading telemedicine platforms in the country, performing over 75,000 encounters per month at over 700 hospitals nationwide. It’s healthcare made simple.

Our company is growing rapidly so there is no typical day which creates the biggest challenge. We try not to take a factory approach to how we treat our clients and partners. Instead, we strive to understand their unique needs and demands. We make this mass customization model work through hiring great people who can take initiative and work with minimal management. The more empowered they are and the better we communicate, the more time I have to be productive instead of putting out fires.

Visualization. I think the coolest thing about being an entrepreneur is being able to take a concept and make it a reality. There is nothing more gratifying than seeing a need and addressing it in a way that people really get behind. I always think the best way to create is to develop prototypes and then iterate on those prototypes until you hit on your MVP. I am a design thinking disciple so I see a lot of results with this empathy based approach.

Moore’s Law. The incredible advancement of computing power and the resulting innovation that benefits from increased processor speed is leading to an accelerating rate of change of technology and life in general. Business lifecycles have shortened, cost of entrepreneurship has decreased and it’s getting easier and easier to see a market need and execute against it.

Being an Optimist. Belief that you can accomplish the goal is the foundation to getting it done. There are always hundreds of reasons why something won’t work. I search for the reasons it will.

Ask that girl out! I was a little shy in grade school and high school…when I finally did ask her out later in life and had built my confidence, we got married. Same can be said for business. There are always so many reasons not to do something and they tend to be supported by very loud voices and fear, but the only worthwhile reasons are the ones to do something that are driven by belief and mission.

Storytelling is a key part of business and the companies that do it well have a distinct advantage over ones that don’t. As people, our stories are what make us human. If you want to attract the best talent, partners & clients your company needs a story that allows you to create a meaningful experience for all your stakeholders and create an environment that they want to be a part of. It can make you the employer of choice, partner of choice and product of choice.

I wrote a business plan for a company that I never acted on despite knowing its potential. A few years later, someone acted on it and, well, let’s just say it became incredibly successful. That is always in the back of my mind when I contemplate any number of the crazy business ideas floating around in my head. Which one of them could be the next great company? It has probably made me hyper entrepreneurial which is a good and bad thing as there is only so much time in the day.

Like I said, some of the most fun ideas are the crazier ones. I launched a bathroom app a few years back called Flushd to help people find the closest restroom. I am always looking for solving the next need. I think someone needs to start a kid’s subscription clothing service that is an outsourced closet as their kids get older. They grow so fast you have to rotate out of their clothes constantly. The secondary market for kid’s clothes on eBay is huge as are hand-me-downs. I own kidsclosetclub.com if anyone out there wants to take the reins on this one ????

Surf lesson for the kids. We just got back from Hawaii and seeing them stand up on those boards and have a blast in the water was amazing. They fell in love with it!

Twitter. I was so very skeptical of how 140 characters could be remotely useful, but engaging in a dialogue on Twitter has been by far the best social media ROI and has led to business deals, real life relationships and allowed for us to get our thought leadership message out there. There is a real community of people out there trying to push healthcare forward called #pinksocks tribe (www.pinksocks.life). Follow me @jameyedwards and/or @cloudbreakHLTH or get involved in the discussion on healthcare innovation by using the hashtag #HumanizeHealthcare.

The Hard Thing About Hard Things by Ben Horowitz. This is the bible for all the things they don’t teach you about business in school and some of the thornier issues that arise due to human nature. How do you fire someone? What happens if you have a friend working in the business who isn’t performing? We all make assumptions from the outside about how well other people’s businesses must be run and the success they may be having. Fact is, once you lift the hood, you realize they all face the same issues, struggles and challenges that yours does. I have seen billion-dollar companies with terrible management and small start-ups who execute flawlessly…and vice versa. Circumstance, luck and of course hard work and smarts all contribute to a company’s success.

“Everything around you that you call life was made up by people that were no smarter than you and you can change it, you can influence it, you can build your own things that other people can use. Once you learn that, you’ll never be the same again.”
– Steve Jobs

• Empathy is a key business skill. Being able to walk in the shoes of your clients, employees and end user’s is critical whether it be for product development or managing an internal team.
• The “greatness” of a business is not defined in times of prosperity but rather in times of challenge. How you react when your system goes down, when you lose a client or face a tragedy exposes the true character and culture of a company.
• Make sure you define success in advance, otherwise, the goal posts will continually move out of reach. Once you have hit a milestone, make sure to celebrate as a team.