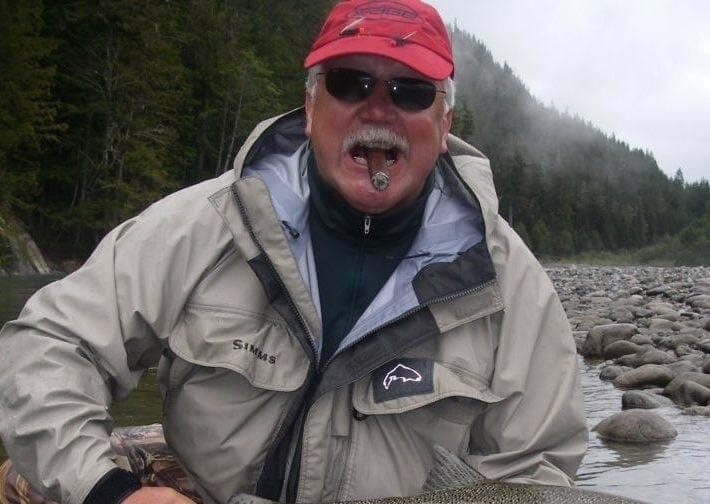 As in the wild, keep only the essentials. In other words, be ever mindful of finances and personnel, and carefully allocate each.

Perhaps it stands to reason that one of Jan Janura’s foremost entrepreneurial endeavors came in the fashion industry, since he is cut from different cloth than the average businessman.

An energetic executive and innovative thinker — he lists outdoor adventurer/TV personality Bear Grylls as an influence — Janura has spent over 40 years in the business world, though not always in conventional companies. He helped build a direct-sales women’s fashion brand, and turned his passion for fly fishing into a business that specializes in mentoring adult men.

“One of the biggest things that I’ve learned is taking that first step,” he once told interviewer Hugh Hewitt . “Taking the first step of doing something puts you ahead of 90 percent of everybody else. Everybody else is waiting for something to happen to them. If you want to get somewhere, you have to make that decision to make that step. It may not be the right one, but at least you’ll start to get moving and you’ll be able to make adjustments that way.”

He tempers such bold action with careful decision-making, at once believing that every choice should be mulled carefully while at the same time viewing some decisions (such as whether to cut ties with dysfunctional employees) as being worthy of swift resolution.

The first big break of Janura’s career came when he joined forces in 1977 with his friend (and later wife) Carol Anderson, who was looking to depart her job in design while at the same time remaining in the fashion industry. Starting out with $800 in a garage in Burbank, Calif., they built their company, Carol Anderson Designs, over 25 years into the largest women’s fashion retailer not featuring a physical storefront — and one of such regard that its products were worn by the likes of “Wheel of Fortune” star Vanna White and given away on shows like “The Price is Right.”

That set the stage in 2002 for the couple’s new venture, Carol Anderson by Invitation (CAbi) , which fused personalized style advice with at-home shopping. Besides heralding the e-commerce revolution, CAbi also broke new ground for female entrepreneurs. By the time Janura and Anderson stepped down from their executive roles in 2012, over 3,000 women were working with the brand.

Janura also founded, in 1982, The Wild Adventure , a business that affords men in the middle of their lives and careers the opportunity to go on week-long fishing outings. He started out by taking them on trips to Alaska but over the last 23 years has hosted them at his Smiling Moose Ranch in Montana. It is there that they engage in frank discussions about some of the more pressing matters in their lives.

Janura grew up in Hinsdale, Illinois but went off to college in Colorado, first at Regis University in Denver, then at Colorado State in Fort Collins, where he earned his undergraduate degree in psychology.

He went on to Fuller Seminary in Pasadena, and upon graduation served four years as the Seattle area director for Young Life, a mentorship program.

He would in time settle in Montana, where besides engaging in entrepreneurship he pursues his hobbies; in addition to fly fishing they include golfing and reading. He has also been known to enjoy an occasional cigar or glass of red wine.

Where did the idea for CAbi come from?

My friend (and later my wife), Carol Anderson, had shown an aptitude for women’s fashion design when as a third-grader in Omaha, Neb. The pajamas she made earned first prize in a sewing contest. Her parents cultivated that, buying her the best sewing machine they could find, and years later, after college, she came to Los Angeles to pursue a career in fashion. By 1977, she was looking to pursue a new avenue, and I suggested we team up to start a business. She thought I was crazy, and said so. But we started out with $800 and a garage in Burbank. We later received our first order, from Nordstrom. The rest is history.

There is no such thing as a typical day, but my favorite kind is one spent hip deep in the Madison River, fishing pole in hand. I have hosted groups of men at my ranch in Montana for over two decades, and before that on Alaska trips, as part of my other business, “The Wild Adventure.” I love those visits, for the fishing and the fun but also the serious conversations. Spoiler alert: Guys don’t just want to talk with other guys about the Super Bowl all the time. There is a need to delve into meatier topics, but not always an avenue. I’d like to think I provide that.

Heart. And by that I mean pursuing purpose alongside profit. That will not necessarily rescue a business, but it is the common denominator that sustains successful companies.

That a hobby can be transformed into a business. I love fly fishing, and that led me to found The Wild Adventure.

Patience. I don’t believe in the “ready, aim, fire” business approach that so many entrepreneurs buy into. Instead, my focus is on “ready, aim, aim, aim.” Yes, decisive action is important and often necessary, but that can lead to unsustainable solutions. Better to think things through, so you can fully flesh out the solution.

Failure is never fatal. I learned that first-hand at age 27, when I interviewed with IBM for two days. Thought everything went great. Thought I would learn everything there is to know about business, and that things would fall into place from there. They called me back three days later and told me they were going in another direction. Knocked me flat. But you get up. You have to. And soon after that, Carol and I launched our business.

Our innate survival skills can help us keep our businesses alive. Outdoor adventurer and TV personality Bear Grylls often tells viewers, “Survival can be summed up in three words — never give up.” This can be applied to survival in the business world, seeing as 70 percent of entrepreneurs give up after a single failed business attempt. Not so with serial entrepreneurs, who keep plugging, even after things go south.

As in the wild, keep only the essentials. In other words, be ever mindful of finances and personnel, and carefully allocate each.

Yet another lesson that can be learned from the wild: It is necessary for the leader to make the objectives clear, because when they are not, people will often wander about, searching aimlessly for refuge. In a similar vein, all of a company’s parts must be working in concert if it is to see its way through problems.

I never believed in the “hire slow, fire fast”  approach to staffing, believing that it was heartless. I have since embraced it, however, realizing how important company culture is. The late comedian George Carlin once said, “Most people work hard enough not to get fired and get paid just enough money not to quit.” While that is likely true, it is no less true that when 70 percent of a business’s employees are disengaged, there is a risk that the aforementioned culture will be irreparably damaged. As a result I am careful about who I hire, and far less hesitant to let people go.

A direct-sales business has much in common with other companies that have arisen in the sharing economy, as Katie Malone, CAbi’s vice president of marketing and events, said during the company’s 2017 conference . “I want you to think about this for a second,” she told CAbi’s 3,500 sellers, “Uber is the world’s largest personal transportation company that owns no vehicles. Airbnb is the world’s largest accommodations company that owns no real estate. Could CAbi become the world’s largest women’s fashion retailer, with personal styling services and personal relationships with their clients that owns no stores?” Goodness knows that my wife and I tried to put it in position to do that during our tenure.

Bought myself a new pair of waders online.

The Flybook , which is booking software for a fly fishing trip. You can schedule guides, list activity and tour offerings, make lodging reservations and arrange rentals.

“Wild at Heart: Discovering the Secret of a Man’s Soul,” by John Eldredge. I agree with the assessment of one reviewer, who pointed out that the book provides an answer to the question of who a man can make his mark in society while “expressing his primordial maleness.”

“Any enterprise is built by wise planning, becomes strong through common sense, and profits wonderfully by keeping abreast of the facts.”