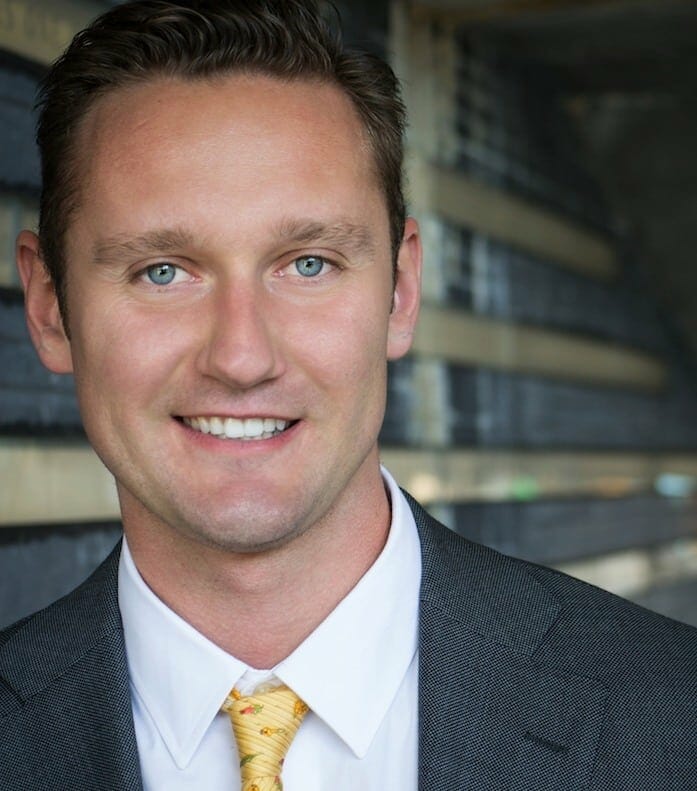 [quote style=”boxed”]I learned that you can’t have your hand in too many cookie jars; focus is essential to running a successful business.[/quote]

Janis Krums is the founder and CEO of OPPRTUNITY, a platform matching professionals based on real opportunities to do business. Janis is a serial entrepreneur, an advisor and investor for startups, and a consultant in marketing to various major brands.

Where did the idea for OPPRTUNITY come from?

I’ve been closely following the social discovery space — particularly apps like Tinder and Highlight — and recently realized that nobody had attempted to replicate these experiences with professionals in mind. In the early days of social networking, when Facebook and Friendster dominated the headlines, there was still room for LinkedIn. OPPRTUNITY hopes to fill the void in the marketplace by becoming the first “professional discovery” application designed to bring professionals together around real business opportunities.

I typically wake up around 7 a.m. and make the commute to Manhattan from New Jersey. I begin each day by meeting with my business partner to brainstorm and plan for the day ahead. We discuss everything from customer support issues to marketing and fundraising. We then hop on a daily Skype call with our developers in Latvia to discuss product development. We spend some time reviewing tasks in our project management system and discussing new feature development.

In the afternoons, I spend my time on investor calls; we’re in the middle of trying to close a seed round of investment. In the afternoons and evenings, I try to attend networking events. On the days when I haven’t scheduled an event, I work out, play basketball, or do yoga.

Our process for bringing new ideas or features to life is pretty straightforward. We typically brainstorm an idea and put it in our project management system’s queue for development. On rare occasions, we’ll survey a small subset of users to gauge interest for an idea; however, we typically dive right in based on our own beliefs.

Development of a new feature or idea usually consists of building out a beta version of the concept and doing some A/B testing with a small subset of users in order to track user behavior. Once we determine an idea to be a success, we waste little time in developing a full product and going live.

It’s been my experience that it’s often easier to go live fast and learn rather than overanalyze an idea and waste time, only to find out the idea didn’t have merit. Putting ideas into the wild fast is always better.

Location-based networking and the development of applications and products around that technology (e.g., Google Glass, wearable technologies, mobile phones) is exciting. Having the ability to consume and understand an infinite amount of information at every moment fascinates me. The bridging of geolocation with big data can create an efficiency that can have a real impact on people’s lives. With OPPRTUNITY, we look forward to bringing a degree of serendipity to people’s professional lives by creating awareness about opportunities around them at any given time.

An early workout usually helps to get my mind working. The workout typically consists of yoga and/or a 30-mile bike ride. If I’m feeling tired on my way into the city, I’ll make a pit stop and grab a double shot of espresso. That usually does the trick.

When I was consulting, I realized I wanted to run my own company as soon as possible. I learned a great deal by listening to and learning from business owners and operators. But at a certain point, you realize you have to take the plunge and go out on your own. Once I did that, I was addicted to the freedom and life of an entrepreneur.

In terms of my current company, OPPRTUNITY, I would have placed more emphasis on sales and business development at an earlier stage. Sales cycles always take longer than expected. In the time it’s taken us to “perfect” the product, we could have been cultivating relationships with third parties and members who would be further along in the pipeline. Instead, we waited for the product to improve, and we’re just now beginning the sales cycle. Lesson learned: The product doesn’t have to be perfect to begin selling.

I constantly spend time interacting with our customers. I take advantage of every chance I get to get involved in customer support. Oftentimes, when you’re the head of a company and brainstorming ideas, you’re doing so in a vacuum. It isn’t until you hear from the customer that you begin to learn what works and what doesn’t. Staying close to the customer, while also understanding the latest technologies, is critical to creating an effective product and user experience.

One of my early startups was called InboxAlarm. We built an email security app that would generate fake emails that would sit in your account as honeypots for unwanted visitors. It was a side project, and we didn’t put in the time and resources we should have. It slowly died as we focused on other projects. I learned that you can’t have your hand in too many cookie jars; focus is essential to running a successful business.

A great “green” business idea is to create a company that recycles all of the computer hardware currently being used to generate Bitcoin if and when the value of Bitcoin has been officially deemed worthless!

Jack Dorsey, the co-founder of Twitter, named one of my tweets, “The Miracle on Hudson,” as the “turning point in the history of Twitter.” I’m also originally from Riga, Latvia, and at one point, I was a starter on a Top 25 U.S. High School Basketball Team.

I use Google for a lot of what I do, syncing to my computer and phone. I use Feedly to aggregate all my news and blogs. I’m an early adopter and switch between apps quite a bit.

I’d recommend a book that’s been around for a while: “How to Win Friends and Influence People” by Dale Carnegie is one of the essential books that everyone should read. It shares many simple but valuable lessons on how to treat people and get them to like you. While focused on salespeople, it’s essential for any field. Everyone is a salesperson, and mastering these simple techniques will help you instantly.