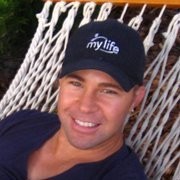 Take your time. Life is long, so there’s no reason to be panicked about achieving success quickly. Don’t try to take shortcuts, because they’ll end up making the journey even longer. Just work hard and be patient.

Jeffrey Tinsley is an entrepreneur with over two decades of experience as an internet businessman. He is the founder and CEO of MyLife, “the biggest social site you’ve never heard of,” where he seeks to improve the safety and trust for individuals online.

Jeffrey Tinsley’s career began in 1994 in the typical incubator of the era: his mom’s garage. From those humble beginnings, he built GreatDomains, which became an early leader of internet domain transactions and was purchased for $100 million. With his foot in the door of the rapidly growing tech industry and the desire to make a positive impact with his career, Jeffrey Tinsley refused to slow down after that life-changing buyout. The then-nascent field of social media and connecting with friends online was ripe for disruption, and so Tinsley purchased HighSchoolAlumni.com. He transformed the site from an overlooked listings site to a successful social site boasting 30 million users.

After discovering a new direction and pivoting the business, the website was then spun into MyLife.com, a company that is focused on allowing people to control their personal information online, with Tinsley creating MyLife’s Reputation Score to help provide a higher level of safety and transparency across the web. The site now has approximately 225 million user pages, forming the Internet’s preeminent people directory and garnering media attention from Fox, The Wall Street Journal, BBC, USA Today and more.

Aside from MyLife, Jeffrey Tinsley continued to find success through other endeavors. His company RealtyTracker did for real estate what GreatDomains had done for websites, and the company was soon bought and its tools incorporated by a marketing leader. Jeffrey Tinsley also founded MediaPass, a B2B platform that provides tools that help publishers attract and retain subscribers, and the company has helped content creators like CBS, Ogden Newspapers and more.

Jeffrey Tinsley is also an investor, but not just in companies and startups. For Tinsley, the best investment of all is in making the business world a better place for others to learn and grow. Jeffrey finds his greatest professional fulfillment in helping shape the successes of the next generation of leaders, through mentorship and thoughtful advice. As a veteran of online business for 25 years, there’s much that Jeffrey can share with tomorrow’s entrepreneurs.

Jeffrey Tinsley’s acumen has been recognized by Ernst & Young, who named him Entrepreneur of the Year in 2009. When not managing his businesses, Jeffrey enjoys the outdoors and spending time with his family.

Where did the idea for MyLife come from?

MyLife first started as HighSchoolAlumni.com, a website meant for individuals to connect with old friends online. This was before Facebook and social media were big, but it seemed like the right direction to go in. But as I continued forward with the site, I saw a different need arising for individuals to understand their own online reputations, and the business quickly transformed into MyLife.

Everyone is motivated by different things. I’ve been fortunate enough to have a long and successful career, and I’ve come to realize that the most important motivator for me is being able to help people improve their lives and reach their goals, whether it’s a consumer or a fellow entrepreneur. So when I bring ideas to life, much of my thought process is focused on this aspect. I am constantly thinking about how I can share my knowledge and experience with others and how I can work to make a positive impact on the world.

It’s been going on for a while, but I love that we’ve been seeing a push for greater empathy and emotional intelligence in leadership. Coming up as an internet-based entrepreneur, I had a different understanding of what a leader’s relationship to their employees should be, but it turns out that a slightly less formal approach is becoming the norm. I think this is a big change for employees that will greatly improve their overall happiness and enthusiasm for their company.

Without a doubt, a habit that makes me more productive is spending time with my family. Hearing from peers and knowing from my own personal experience, being an entrepreneur can be suffocating: it demands so much of your time and energy, and begins to dominate and define your life. But even if you’re following a passion, there’s more to life than work. Having that balance is necessary for me to stay productive in my career.

Take your time. Life is long, so there’s no reason to be panicked about achieving success quickly. Don’t try to take shortcuts, because they’ll end up making the journey even longer. Just work hard and be patient.

I don’t know that this is something others would necessarily disagree on, but it’s a truth that I’ve seen many business leaders forget very often: being first doesn’t always mean being the best. Just because you’re the first to adopt a trend won’t guarantee your success — instead, it will be the company that meticulously considers the trend and takes their time to figure out the best way to implement it will take the world by storm. The iPhone wasn’t the first smartphone, but it is definitely a tremendous success. Even in our breakneck times, being slow and steady can help you win the race by a mile.

Give more of yourself, even when you don’t feel like it. Give your time, energy, and effort to others, and it will begin to change your perspective in a positive way — not only will it teach you how to be empathetic and a better leader, but it will also give you insights into the best ways to serve and help others, which can translate directly into your entrepreneurial pursuits.

Never underestimate the pivot. I’m not saying that every business will need to pivot, but it’s important to acknowledge when something simply isn’t working, or when the market is changing around you. Or, like me, when you discover a new need that must be filled, and reshift your focus to fulfill that need. If I had continued on as HighSchoolAlumni instead of pivoting into MyLife, I might have just been phased out by the immense popularity of Facebook and Twitter. But here I am!

When I first became interested in the Internet, it was 1994, when there were fewer than 20 million people online. At that time I got so excited about the possibilities of the new technology, and rather than focusing on one offering I could create for this new marketplace, I attempted to create many offerings. I was trying to create everything for everyone. This lack of focus put me in a position where I didn’t do anything particularly well. I have since learned to focus and go deep in order to fulfill a distinct and valuable customer need online, which in the case of MyLife.com is about making people safer online, and marketplaces more trusted through proprietary Reputation Profiles & Scores.

We use Google’s online applications that allow us to share documents, spreadsheets and presentations between people on our team. Keeping everyone in our organization on the same page with regard to our business focus, priorities, strategies and progress for growth is critical to our success.

ZERO TO ONE by Peter Thiel. One key tenet that I am a big believer in is that companies should focus on creating a product or service that provides unique value in a space they can lead, and not compete on price. Companies that take a tact of discounting their offering eventually just end of killing each other, and going out of business. It’s better to own your category, which is what we’re doing here at MyLife.com.

“What would you do if you knew you could not fail?