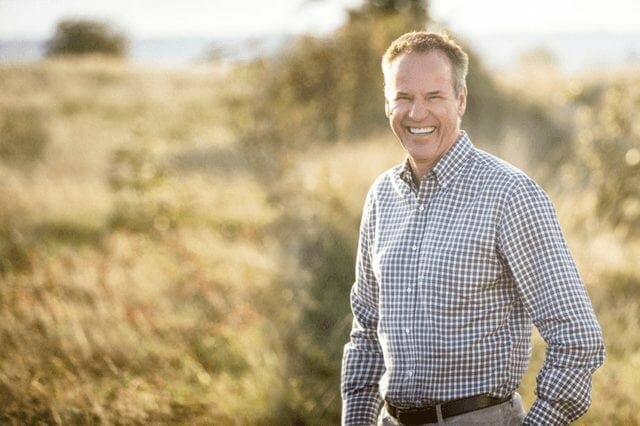 Eat healthy and exercise. That will help tremendously with getting enough sleep, which you will need to deal with the stresses of starting a business.

Jeremy Jaech has led market-creating companies since 1983, including Aldus, Visio, Trumba, Verdiem, and SNUPI Technologies. He was co-founder and technical leader for Aldus, the creator of PageMaker. At Visio, he co-founded and served as President and CEO from 1990 until its acquisition by Microsoft Corporation in 2000. Currently, Jeremy serves as CEO of SNUPI Technologies, an early-stage company developing sensor networks for the home.  Jeremy serves on the Board of Directors for Mindjet, Control4, and SNUPI. He holds a M.S. in Computer Science and a B.A. in Mathematics from the University of Washington, and is a Regent for the University of Washington.

Where did the idea for SNUPI Technologies, Inc. come from?

My cofounder Shwetak Patel was working on the Aware Home project at Georgia Tech while he was studying for his PhD. The Aware Home was thinking about homes of the future, and wireless sensors were a big part of that. Shwetak discovered that people lose track of more than a handful of wireless sensors when the batteries start to die, defeating their purpose. He thought about how to provide exceptionally long battery life for wireless sensors without limiting their range (I.e., how far from the receiving station they could be). He realized that every home has a large antenna already built into the house: the electrical wires running throughout the building. So he developed a method of transmitting signals from the sensors that could be picked up by the electrical wiring which was attached to the receiver, thereby allowing sensors to last for more than ten years on a coin-cell battery and be placed anywhere in a home that is near the electrical wiring—which is most of a house.

I first got the idea for making this technology into a business when I and my wife & cofounder Jacquelyn attended a dinner to honor Shwetak for receiving a McArthur “genius” award. We toured his lab and saw SNUPI at work. My wife elbowed me in the ribs and said “why aren’t you working with this guy on this?”

Shwetak and another cofounder (Matt Reynolds) are the technical creators of this technology. I am the business guy, having done three startups before this one. My typical day is divided between raising money to support the development of the business, hiring great people, and getting everybody on the team in sync with regard to the company goals.

Hire really smart people and start prototyping. We prototyped the user experience before we hired our first engineer. We built prototype sensors using Bluetooth technology before our own SNUPI technology was working so we could develop software for the hardware. We threw away a lot of software as we did user testing. Creativity is an iterative process and is rarely efficient.

The proliferation and improvement in smart phones and the internet of things.

The ability to focus. I can think of the top two or three things that need to be done, and focus exclusively on them until they are finished.

I was a grocery clerk restocking shelves at night. Previously, I was the night manager for a different grocery store. I learned that just because I knew I was more capable didn’t mean that anybody else did, and that you have to start at the bottom even if you believe you are above it.

If I were to start again, I would have met my wife sooner.

Eat healthy and exercise. That will help tremendously with getting enough sleep, which you will need to deal with the stresses of starting a business.

Other People’s Money. Not just investors, but partners who will spend their marketing dollars to promote your business because it benefits theirs. You need to find partners like this.

Failure to find the right business model. It isn’t enough to build a great product and to have great marketing. You also need to have the right business model. I tried a software subscription model for consumer software once, and that wasn’t the way consumers wanted to buy. So I had to either change the model or who I was selling to. I chose to change my target customer to small businesses who preferred to pay a subscription rather than cash up front.

Someone should start a business maintaining homes for a monthly fee. It’s kind of a hybrid between renting and owning. The owner has a fixed monthly cost and the business takes responsibility for all maintenance items. The better the home is maintained, the less chance that something expensive will happen, so the business is incentivized to keep the house in good shape. This model is like health care cooperatives—the better they take care of prevention, the less treatment they have to pay for.

I once crashed an airplane and walked away from it.

Strava to track my bicycling trips. Flywheel to book and check in to spin class. Uber to get around town.

A classic: Crossing the Chasm by Geoffrey Moore.