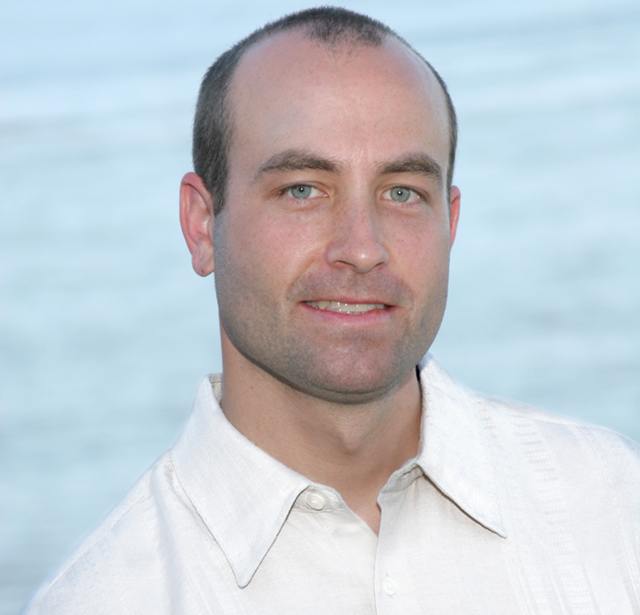 I constantly feed my mind with good, powerful and positive influences. Go to church every Sunday. Watch based-on-true-story inspirational movies. I read tons of books on successful people. It’s a negative world out there and entrepreneurs are bombarded with negativity. You have to put on your mental hard helmet to protect yourself.

Phil Pustejovsky is the founder of Freedom Mentor, the leading real estate investing education and coaching services company in the United States and Canada. Freedom Mentor has the most successful YouTube channel in the real estate investing space with over 2 million views. Phil is the author of the #1 best selling book, How to be a Real Estate Investor. Over the past decade, Phil and his team have transformed people from all walk of life into first class, market leading real estate investors through the innovative Freedom Mentor Apprentice Program. What makes Phil different from so many others out there is that he is a full time investor, having participated in more than 1,000 real estate deals himself and his company puts their money where their mouth is by splitting the profits 50/50 when deals close. This creates mutually aligned interests wherein the mentor and the student both have equal incentives to succeed. Freedom Mentor reviews have become the stuff of legend; housewives making more money than their husbands investing in real estate part-time, engineers having the freedom to quit their jobs and pursue real estate full time, pro athletes transitioning from a life on the field to a career investing in real estate, and so many more. When exposed to Phil and his company, it becomes strikingly apparent that there is a deep passion for real estate and helping others achieve their dreams through real estate.

Where did the idea for Freedom Mentor come from?

After graduating from college and getting a full time job, I became restless and wanted to start my own company. Several books attracted me to real estate investing. After my boss told me I couldn’t take a day off or I would be fired, I decided to take the day off anyways and quit instead. Then I was thrust in the harsh reality of real estate investing. It was tough. And after my savings were depleted, I ended up living out of my truck.

My breakthrough came when a mentor took me under his wing and showed me the ropes. Once I had reached all of my financial goals through the tutelage of a mentor, I wanted to do the same for others and thus the idea of Freedom Mentor was born.

I spend most of my day in front of a computer and on the phone, coaching and mentoring my students, either by typing or talking. I would estimate I review over 100 deals a week, week in and week out. It’s taken many years to build up to the level I’m at today of focusing for hours on deals, deals and more deals. The brain is like a muscle and I’ve been working out my brain for so many years at the point that now I basically run a mental marathon each day.

Ideas tend to pop in my head at the strangest of times. So my first move is to write them down. Then, during my weekly review, I organize where that idea should go and whether it needs to be explored further or set aside. For an idea to make it to the stage of actually being implemented, it has to be really good these days. Because it goes through a rigorous screening process before it is brought to life. Once I decide an idea needs to be completed, I figure out who I can hire to get it done. (Last on the list would be me doing it.) As Paul Orfela once said, “somebody else can always do it better.”

The use of the internet everyday by everyone. Marketing for customers is so much more controlled, efficient and scalable when its done online.

I am extremely focused and do not get side tracked. While many entrepreneurs are always moving in different directions, I stay the same course and do not get blown off course.

In college, I was a dishwasher at the cafeteria. There was this conveyer belt that the students would put their trays on. On the other end of that conveyer belt was me. I would scrap the half-eaten food off the plates into this river of flowing goo that had a grinder at the end. Sometimes, I would not separate a metal knife from the food and it would end up in the grinder and halt the assembly line. Then, I would have to fish out the knife amidst gallons of half ground up other people’s food. I would gag and almost throw up every single time I had to get a knife out of the grinder. I learned that I didn’t want to do that ever again.

I would not have tried to go it alone and would have spent all that time finding a mentor.

I constantly feed my mind with good, powerful and positive influences. Go to church every Sunday. Watch based-on-true-story inspirational movies. I read tons of books on successful people. It’s a negative world out there and entrepreneurs are bombarded with negativity. You have to put on your mental hard helmet to protect yourself.

Paying for Marketing. Too many small business owners try to build a business based on free marketing techniques (organic google, social media, word of mouth, referrals). The power is in paying for your marketing (which many entrepreneurs don’t have the courage to do). And as you grow and spend more money, your business grows more and more powerful. Then, the free stuff starts to kick in. But to reach critical mass, you have to pay for it.

My biggest failures occurred before I had a mentor. The issue was that I tried to go it alone. The solution was I found someone who had already done what I wanted to do and I proved to him that I was someone worthy to put his time into.

Build a business that generates leads for an industry that always wants more leads. Insurance, mortgage, for profit education, attorneys, real estate agents, etc. Businesses that generate leads for other businesses is always in demand and its never talked about as a business idea because too often everyone is focused on the next big thing. Meanwhile, the lead generation companies of the world are quietly making a killing.

I eat a whole foods, plant based diet that consists of mostly whole grains, vegetables, fruits, beans and nuts. And I don’t ever “slip up”. I am militant about what goes in my body. No alcohol, no caffeine, no tobacco products, not even any meat or dairy products. During the holidays, I bring a bag lunch to family gatherings because basically nothing on the menu is going to fit for my diet.

I use a ton of different software services. The one I use the most everyday is EverNote. It keeps track of my entire life by following the Getting Things Done methodology by David Allen. I love that EverNote syncs to my phone and PC in real time.

Titan by Ron Chernow. John D. Rockefeller’s life story is as good a set of lessons on business as anyone could ever gather. It’s a huge book and will take a long time to read. I’ve read it several times and it gets better every time I read it.

The people found at www.giantsforgod.com