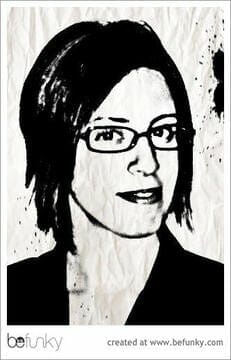 Jill Salzman is The Momtrepreneur Maven. From her position as CFO (Chief  Five-Year Old) at her first lemonade stand, Jill has come a long way. In  high school, Jill created a music fanzine culling advertisers and  distributing it throughout her hometown, just so she could land on the guest lists to her favorite concerts.

A graduate of Brown University and law  school after that, she started Paperwork Media LLC, a music media firm. She  went on to co-create The Bumble Brand, LLC, which currently sells Bumble Bells, audible ankle wear for the newest of human beings. Media response has  been fantastic, sales are strong, and yes, her daughter still wears  them.

Upon starting The Momtrepreneur Maven, the response from moms continues to be as overwhelming as ever. Jill consults with momtrepreneurs  and speaks to corporations, universities and other organizations about  social media and why everyone should be paying more attention to their  mothers. She’s also in the planning stages of a first-of-its-kind national  conference to bring momtrepreneurs together in one place, once a year. Jill  Salzman was recently profiled in A Cup of Cappucino for The Entrepreneur’s  Spirit Volume II, now available at Amazon.com.

I am currently coordinating a first-of-its-kind national two-day conference for momtrepreneurs that will be held in Chicago next year.
The Momtrepreneur Exchange is a two-day national conference for mom business owners to exchange, connect and learn from one another. Incredible women from all over the country will be able to swap start-up stories, interact with brand marketers and social media experts, get sneak peeks of new products on the market, meet angel investors, and exchange contacts  through the ever-growing network of mom-owned businesses.

The first and most obvious trend that excites me  is the attention being paid by companies large and small to momtrepreneurs, and working women in general. Finally, the perception of women’s purchasing  power is transitioning from the lady who lunches to the working woman. And  that is being realized not only in real numbers but in the social networking  habits of these women which is loud and clear on Facebook, Twitter and  other, similar sites.

The current trend we’re seeing in books like “The 4 Hour Workweek” and ”Rework” that frown upon the 80-hour work weeks very much excites me. It’s  good to know that people are starting to publicly recognize that as much can  get accomplished in a 20-hour workweek as it can in an 80-hour workweek, and  that the latter is actually mind-numbing and not very effective. It  recognizes that people work differently from one another, at different paces and at different times, and the trend will hopefully grow in such a way that  a lot of the country can relax a little–and still get the same amount of  work done.

And finally, the third trend I love is the growing awareness of Seth Godin and gurus of his like.

I don’t wait. I dive right in. Even if  it’s a vague thought or a whim, I don’t waste time mapping or planning or  thinking it out. Why? It’s so easy to get near-instantaneous reactions  from people that the feedback helps me develop the idea (or chuck it if it’s  a bad one). I’ve pitched service-oriented ideas on Twitter. I’ve put a  product on the market to customers. I organize and grow ideas by working on  them–even if it’s not as formally organized as some would like it. Three  companies later, I can describe each one in retrospect as having had a very  organized path to its success. But I would be lying.

The  one mistake I wish I could stop making that I repeat over and over again. I  constantly make the mistake of listening to others about how much I should  be working versus spending time with my kids. Everyone has an opinion.  Even I have several opinions. And it’s everywhere–in books, on TV, at  neighborhood birthday parties and on the web. When I ignore it all and go  about my day working here, taking care of the kids there, everyone is fine.  It’s when I let the guilt rule my entire 24 hours that I am not very  productive. I hope I can stop making that mistake at some point, or that it  will magically disappear.

Host an  event. But don’t just pick a time, place, and theme. Coordinate with local  companies–stores, eateries, etc., anyone who could use the exposure. Throw  in a local band or two for some live music (musicians need publicity too).  Offer free stuff and make it offline so people are face-to-face. Create a reason for everyone to go that would actually entice you to go, too. By  combining all of these people and companies, you get the word out faster and  better–and recognition in the end for having your lovely little tea party be the best tea party anyone’s ever been to.

Any site, from a restaurant to a coffee shop to a cafe, where I can meet up with fellow momtrepreneurs — in person.

Next up on the vacation schedule?

Answer:  India.  Or China.  Or Iowa.  Whichever ends up being less time with whining children in a car.