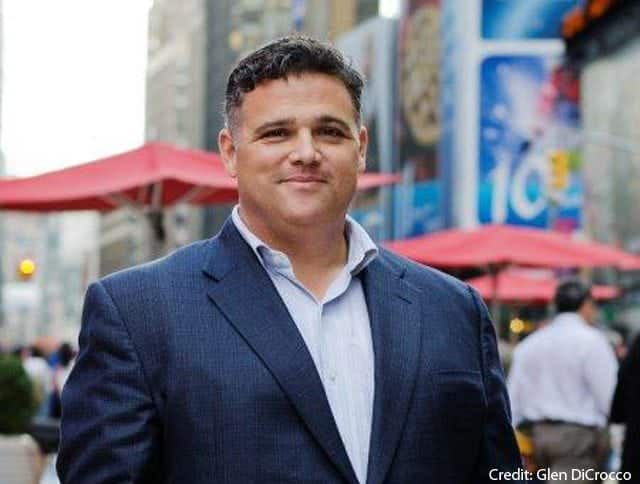 [quote style=”boxed”]I start my day by resetting my priorities and planning my schedule. I follow a modified version of the Franklin Covey system and have been doing that for about 15 years.[/quote]

Jim McCarthy is the CEO of Goldstar, the world’s largest seller of half-price tickets online. He focuses on business development through strategic marketing for Goldstar. Before launching Goldstar in February of 2002, Jim was vice president of marketing for venture-backed Kiko, Inc., and before that he developed highly successful sales products for GeoCities until its acquisition by Yahoo! in 1999. Jim is a graduate of the Anderson School of Business at UCLA and Harvard University. Jim has penned articles on e-commerce and niche marketing for many publications, including Fast Company, Business Insider and E-Commerce Times, and has been a featured lecturer at conferences like InTix and Drilling Down on Local. He has been an active participant at the annual TED conference since 2008 and one of the organizers of TEDxBroadway, launched in 2012. He also serves as chief editor for Live 2.0, an online initiative to build understanding and awareness of the rising prominence of the live entertainment segment of the entertainment economy.

I’m thinking about some internet radio ads that we are running and how we can use the full power of sound to get internet radio listeners to want to come to Goldstar!

Where did the idea for Goldstar come from?

It’s a combination of the kind of e-commerce that I–as well as the other founders–had worked on before and what you see traditionally in ticket booths in places like New York and Las Vegas. I imagined sending an engraved invitation to thousands of people to let them know about some great event, specially selected for them, and it occurred to me that one really could do that using the internet, email and other tools–for not just thousands but millions of people.

It depends if I’m traveling or not. On days that I’m in the office, I get in early, do my daily planning and priority setting, and then usually write something for my live entertainment marketing blog, Live 2.0. The management meeting happens around 9:00 a.m., and then it’s a combination of working through my priorities for the day and taking meetings and phone calls before heading off to the golf course at about 2:00 p.m. Just kidding. The day tends to go on a bit longer than that. When traveling, it’s pretty much 24/7!

I use a whiteboard. I pace around my office with a whiteboard marker in hand and transcribe my thoughts, many of which are nonsense, but eventually, I can work with an idea to make it something that’s either worth pursuing or clearly one to drop.

It’s unrelated to Goldstar, but the private space race is very exciting. Seeing how individuals and companies can literally reach for the stars makes me remember to think big all the time.

I was a mover for a moving company during summers in high school and part of college. It was hot, hard and sometimes dull work. I didn’t really hate it though, because it came with a sense of accomplishment at the end of the day (either moving somebody into or out of a house), and it gave me super strength. On the other hand, I sometimes felt like that guy in the dungeon tied to a wheel going around in circles all day. I learned that work should be valued and respected. I worked with grown men (and women too) who were feeding their families doing this work, and they took pride in doing it well. Work is valuable and should be thought of accordingly, even if you’re not making a ton of money or if you sometimes have to sweat over the course of your day.

Go faster. We needed a couple years to get the concept to the point where we wanted to hit the gas and go faster, but now, with hindsight, the risks were probably lower than they seemed at the time to put the pedal to the metal and deal with consequences as they came up.

I start my day by resetting my priorities and planning my schedule. I follow a modified version of the Franklin Covey system and have been doing that for about 15 years. I even send Goldstar employees to the training session on this if they’re interested, but no one (so far) is as religious about it as me. It’s been a critical part of my career success, because I constantly have to refocus on the most important stuff.

At one point, Goldstar ran into conflict with major company (ahem) in the ticketing business. The basic issue was that they wanted us to not exist and we weren’t amenable to this point of view. Over time, with persistence and a willingness of both parties to engage in a whole range of conversations, we came up with a framework for not just settling our differences, but also for building a major partnership that has lasted for years.

Always assume that everything is more difficult than it seems, but also assume you can solve it if you stay committed. A couple months of really hard work on something is usually much more than anyone else has put into that thing, and can be enough to change your life, your business or even the world.

If you could change one thing in the world,  what would it be and how would you go about it?

I’m working on that now by trying to get people out to live entertainment more, and I’m doing it by building Goldstar!

I wrote a book last year–a novel that both kids and parents will enjoy. I’m going to publish soon.

Everyone should read Huckleberry Finn. In fact, add Tom Sawyer and A Connecticut Yankee in King Arthur’s Court. That should keep you busy for about a month, which is time extremely well spent because you’ll be getting a tour of Mark Twain’s brain.

You’re on your own there. My own Twitter feed is a crazy mishmash of friends and fiends.

A few days ago, my puppy was standing on the dining room table and eating a loaf of bread when I walked into the room. That was funny.

I sorta go a la carte on heroes, because you really have to be your own hero in the end, but I’m an admirer of people like Churchill, Julius Caesar, Jesus and Magic Johnson, among others. It’s a mixed bag. The more mixed, the better.

Is it a good idea to raise venture capital or other money for your brand new start up?

I don’t know, but probably not. If you can’t at least get your startup off the ground and serve customers without formal money being raised, it’s probably a sign that it’s either a bad idea or you’re not committed enough (unless it’s an exceptionally capital-intensive idea, like developing a new drug or a car that runs on water, in which case, you’re going to need a lot of money right away).

Is it fun owning and running your own company?

Yes. Well, mostly yes. On the other hand, it can be pretty fun having a great job too. The most important thing is not who owns the organization that you work for, but whether or not you get to do something that you find satisfying and interesting while having control of your time to a degree that works for you. But for me, owning and running my own company is a lot of fun.