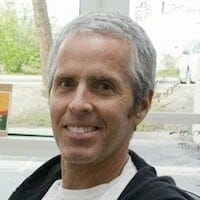 Jim Moriarty is the CEO of the Surfrider Foundation and an innovative leader in the environmental and action sports communities. From a skateboarding punk-rock kid to an architect of the early days of e-commerce, Moriarty is obsessed with building companies and organizations around notable and world-altering ideas. Jim’s job as CEO of the Surfrider Foundation melds his passions for environmental awareness, action sports and big ideas. His vision is clear: Create a global movement of coastal environmental awareness and action. Jim resides in Solana Beach, and when he’s not working, he can be found riding waves at his home break in Cardiff Reef.

Surfrider is coming off a strategic plan that netted 150 coastal victories in the past five years. We’re shifting gears to keep this momentum going but put an even larger focus on connecting people to our coastal needs. In one word, we’re focused on “engagement.” This spans from low-friction, easy engagement all the way to leadership training.

What are some of the big projects you and Surfrider are working on in the New Year?

Everything points to engaging people on the coasts. We also love things that scale well, which points to more digital projects. We’ll be launching “Where’s your beach?” to connect people to coastal towns and the relevant issues. We’re also reinventing our website, developing new activist tool sets and finding new ways for people to engage and stay updated on Foundation happenings and campaigns.

How and why did you initially start working with Surfrider?

I was a surfer, then a member/supporter, and then I became an employee. From the first time I heard about Surfrider I loved the brand and the mission. Anything that promotes people to engage with our oceans and takes a meaningful, proactive approach in protecting those places … sign me up. Working here is icing on the cake.

Mainstream greening. A few years ago a person who brought their own bags into a grocery was considered odd, and now you’re considered odd if you don’t. I love this shift. Youth have played a critical role in “educating up”… it’s hard to look at your own kids who are telling you to not take a plastic water bottle and disregard the truth and legacy issues in their statements.

Contextual discovery. Geography-based awareness of things around you wherever you are. This can mean finding a Vietnamese restaurant that you didn’t know was there, and it can mean connecting to a water quality testing program in your neighborhood.

Network proliferation. What started a decade ago with people’s Rolodexes being transformed onto the Web has now expanded into an ongoing dialog with potentially everyone you’ve ever worked with and have ever known. The two-way characteristic of dialog with people operating under their real identities … is a large shift in the way we live and work. This goes well beyond Facebook, and I love it.

I come from the tech culture where ideas are explored and invested in even though they may mutate into something else or even fail. I bring ideas to life by casting a wide net (nurturing a large network), encouraging risk taking and having a willingness to see a few ideas fail in exchange for larger break-out ideas to yield meaningful impact.

Non-traditionalists and multidimensional people inspire me. Thomas Jefferson was more than the President of the United States. People like Jeff Skoll or Pierre Omidyar, founders of eBay, have transitioned into new worlds in similar ways. I’m inspired by depth, creativity, boldness and fresh approaches to problem solving.

I was one of six people from SAP and Intel to start an e-commerce company early in Web history. The CFO of Intel was one of those six people, and it was a very strong team. In the end it failed. I learned that no amount of money, no amount of parental DNA (in this case from Intel and SAP) guarantees success. Most ideas I’ve been involved in since that time have skewed toward smaller amounts of money and an insatiable desire to see early traction in a market.

Book: “Abraham Lincoln: A Biography” by Benjamin Platt Thomas. Lincoln came into office days after the civil war started and built his cabinet to include many of his largest detractors. I love that willingness for constructive engagement and growth via uncomfortable interactions.

Tool: Evernote. It’s a surrogate brain that lives on my phone, MacBook and iPad. If I care about something chances are a) It’s on Evernote and b) It’s always with me.

Jeff Skoll and Pierre Omidyar. I love how their fresh approaches to problem solving and are also shifting mainstream cultural attitudes.

Jason Hirschhorn’s @mediaredef is a very strong window into shifts in communications, tech and impact.

What personal experience has enabled you to take on the challenges in your professional life?

I am the father of a special needs child. There are few-to-no issues I’ve experienced in professional life that ask as much of me as this has. The challenges have enabled personal growth that have transformed me and made me understand at a deeper level of what is important and what isn’t.