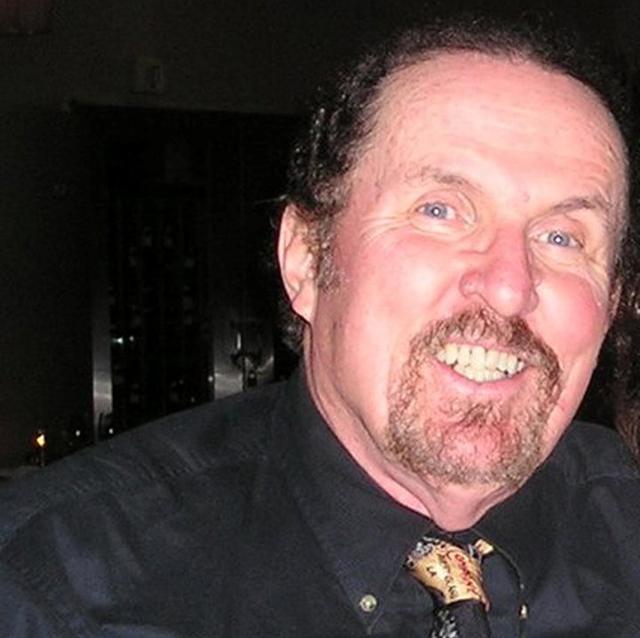 [quote style=”boxed”]As a creative writer, I believe in the zone. Athletes do it also, as well as anybody who can get out of his or her ego enough to create something. The intensity and enjoyment of creation is fun in itself. [/quote]

Jim Musgrave (1946-) was born in Fall River, Massachusetts (home to Lizzie Borden). He worked for Caltech in Pasadena (home of the “Big Bang Theory”) and continues to use his fascination with technology in his “Detective Pat O’Malley Steampunk Mystery” series. Jim was also a professor of English for 24 years, and he runs an editing business with his wife, Ellen, in San Diego. He has won many awards, including being a finalist in the Bram Stoker Awards and the Heekin Foundation Awards.

Where did the idea for Detective Pat O’Malley Steampunk Mystery” series come from?

My idea for a steampunk mystery series set in post-Civil War New York came from reading a book called The Steampunk Bible and seeing what a popular sub-culture it was. I then read the ebook Writing Steampunk by Beth Daniels. I soon realized I could have more freedom to create by placing my hero, Detective Pat O’Malley, inside the world of steampunk. I could use my interest in science fiction and fantasy and combine it with my obvious love of writing a good mystery. My first completely steampunk mystery, Steam City Pirates, will be coming out in December. It’s up on NetGalley.com for advance reviews right now. Some innovations in my ebook will be to include linked music (original tunes by the Chamber Steampunk Metal group, Valentine Wolfe) and a Steam City Pirates Ahoy! Web site that will link to hypertext within the novel and provide steampunk-inspired word games, puzzles, and other interactive entertainment for readers.

I feed the cats at 4:30 AM, go back to bed, and get up at 7 AM. Coffee empowers me to either to write or to market my work. Marketing is the most labor intensive for me, as I am intellectually an introverted author, so getting out and meeting people is difficult. When I do accomplish this I find it quite rewarding.

My wife Ellen and I enjoy working together on editing projects (both my work and other people’s in our editing business, English Majors, Publishing and Editing, LLC.). We also get our exercise in at Lake Murray.

As a creative writer, I believe in the zone. Athletes do it also, as well as anybody who can get out of his or her ego enough to create something. The intensity and enjoyment of creation is fun in itself. I believe it was James Michener who said that when you can no longer tell the difference between play and work you are in the zone.

I enjoy the merging of technologies to improve the creative arts. I wrote a book in 1996 called The Digital Scribe: A Writer’s Guide to Electronic Media (Harcourt-Brace, AP Professional Press) and in it I foresaw a lot of the developments I can now see today. Viewers can now enjoy media because it’s really excellent and not just because it’s controlled by the media barons. Some independents are showing the way to success through quality and the enjoyment aspect of the work and not just the “hype” and control that used to exist in the media market place.

I have always thought outside the box (to use a now cliché expression). This makes me dangerous and productive.

Selling Christmas trees. I learned that the rich people who live high on the hill are not the big tippers.

I would write more and teach less. My college teaching gig tended to feed my real addiction.

I never give up, even though I sometimes receive negative reviews. If one is an artist, one must always believe in oneself above all else. As long as I can learn from a negative review, I can improve my work (thanks to the digital world). I always thank people who criticize me.

I reach out for help constantly when I need it. In fact, the alien monsters in my upcoming steampunk mystery, Steam City Pirates, were invented by people in the Steampunk Facebook groups I belong to, and I give them full credit in my acknowledgements.

I had a lawyer/publisher who screwed me over on a copyright deal, and I got another lawyer to overcome my predicament with him. That’s called “fighting fire with fire.”

I have always thought a good business would be matching independent writers and visual artists with computer and business types. Quite often creative artists do not have the left hemisphere organizational skills that seem to come naturally to technical and business people. I saw this happen quite often when I worked at Caltech/JPL. One small example would be Steve Jobs and what he did for Apple’s engineers. A business that could find the creative folks and match them with the marketers and business types would be very valuable if done well.

I am a recovered alcoholic and addict. I have over twenty-four years clean and sober.

I use Microsoft Word, Google Adwords and the social media of Linkedin, Facbook and Pinterest. They can all be a tool to advance your business if you are creative.

Siddhartha by Herman Hesse. This was written by an author who was once a suicidal depressive. He became a famous novelist by using his pain to create instead of self-destruct. The value of being the person who simply makes the journey pleasant for others is expressed well in this one book. It is not a book for “selfies” or people who believe in the totalitarian wisdom Dave Eggers satirizes in his novel The Circle.

Steve Jobs and his belief in the creativity of others. Tony Gwynn and his focus on playing the game of baseball well for his own satisfaction, and his own joy of teaching his skills to our youth. I was also influenced by too many writers and artists to mention who have given me hope that I can also contribute in a small way to their extensive genius.