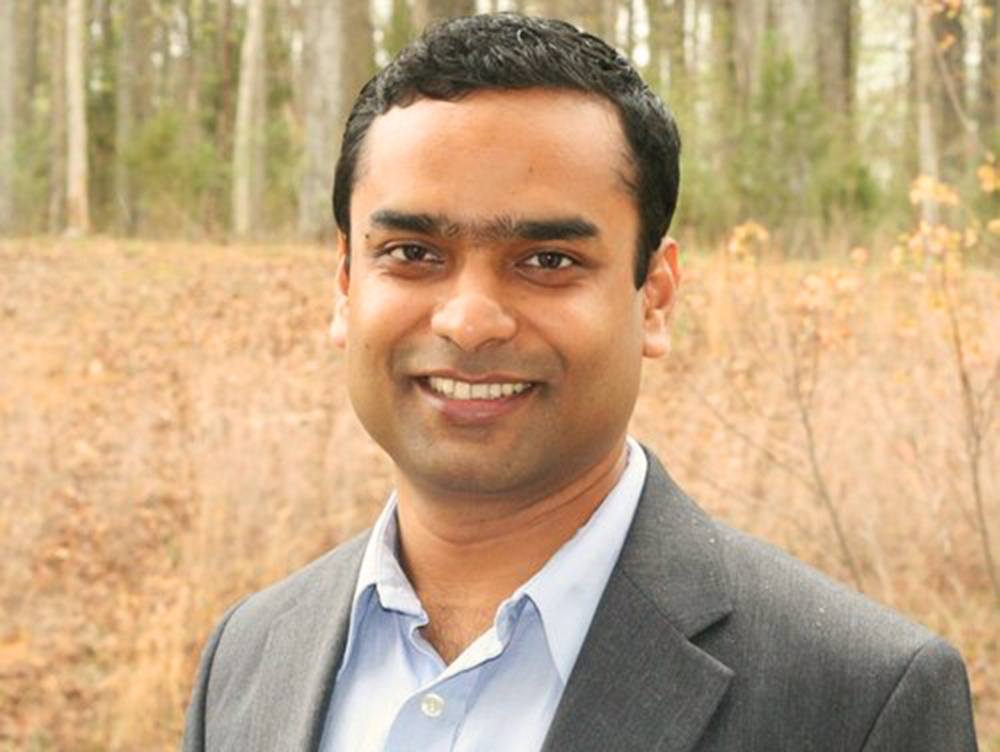 Any effort is always focused around what we can build to make the experience for our users better – make her more productive, make it easier and more efficient for her to work with her team.

Jipy Mohanty scaled engineering for an Austin based startup called Biometric Access after dropping out of the Computer Engineering PhD program at George Washington. Biometric Access was acquired in 2008 after a year of phenomenal growth. Later, he helped scale engineering for Lowes.com as the e-commerce entity of popular US hardware retailer grew 15x in 4 years to $7B in revenue. After Lowe’s, Jipy went back to school at University of Oxford to earn his MBA. His first company, Genovi, that developed a genomics based non-invasive diagnostics products didn’t fly well in face of uncertain regulatory and medical research framework in India. Currently, he focuses on product design and growth at Trackmemo. He can be found on linkedin.com/in/ashrujit and occasionally tweets at twitter.com/jipy9.

Where did the idea for Trackmemo come from?

The idea for Trackmemo came about while me and my co-founder Dash were meeting for coffees talking about what went right, and what we didn’t do so well in our earlier startups. We both were frustrated how much time and effort it took to keep our teams on the same page. And, this wasn’t just a problem with our startups where you have higher uncertainty and you are constantly trying to execute at a break-neck speed. Even in our earlier roles as engineers, product and engineering managers, people were left off important conversations, or someone would ignore an important email. And, when all hell broke loose, a big team will huddle trying to plug the leaks.

We realized the fundamental root cause is the “push” method of communication via emails and chat. We decide who gets an important piece of information, and that’s very susceptible to human errors of judgement. Now, some have adopted the practice of cc’ing half the world in every email. While this takes the risk away of deciding who becomes part of the conversation, the recipient now has 100s of emails to deal with, and slowly starts ignoring stuff – resulting in the same situation of missing important information.

The answer in our heads was to build something that’s a “pull” for the status and all related conversations of every moving piece around you.

As a team, we are distributed across 3 locations. I have Trackmemo open a browser tab along with email – which is my primary mode of communication to the outside world, and Asana – which we use to keep our tasks organized. I see updates on code checkins, new product specs, and so on all in Trackmemo. Since all our conversations are at one place, we don’t use emails within the team at all. And, that just gives you hours back into your day.

Any effort is always focused around what we can build to make the experience for our users better – make her more productive, make it easier and more efficient for her to work with her team.

I see lot of efforts in freeing us from email as an internal communication tool. This in turn liberates ideas and thoughts from being trapped in Inboxes and in silos within an organization. I believe this change will fundamentally change how we work as a team and bring in a far rapid pace of innovation than what we have experienced in the past couple of decades.

My engineering team was once supporting systems at a remote location. Our primary mode of communication was summary emails. It was practically impossible to involve everyone from both the locations in every decision making. Often, we will come across issues only when they have blown up to be a massive disaster and brought day-to-day operations to a grinding halt. Eventually, we got out of that debacle by augmenting dedicated staff at the remote location. While it was cost prohibitive, there was no easy alternative to ensure that both teams were constantly on the same page. Given the sleepless nights I have spent in those 6 months, I think that would qualify as one of the most difficult periods in my professional life.

The question asks what I would do differently, and I am not yet sure about that. But, I can tell you that I will make sure that I take as much care in building my team, as I have with Trackmemo. Every single credit on how far we have come in the last few months and what we have built goes to my stellar team.

As a team, we listen intently to every single feedback from our users.

In my previous startup, I underestimated the effort required to get things moving in an uncertain regulatory environment. As a result, I didn’t add a key team member until it was too late. In hindsight, that was one of my biggest failures.

[laughs] Possibly to build something where the incumbent industry ignores and disrespects its customers, and holds them as sort of hostages for lack of a better solution and innovation.

I personally use Asana a lot. We love Intercom and how it helps us focus on our users.

I recently read “The Hard Thing About Hard Things” by Ben Horowitz and loved it.

Elon Musk once came to speak at the Sheldonian Theater at Oxford. Sheldonian is a big hall and it was jam packed that day. I was sitting far away and could barely see him. When he began speaking, he was narrating his story slowly, often taking pauses. In the beginning I was little underwhelmed to be honest. But, after listening to his entire journey of founding Tesla and SpaceX, it had a very profound impact on me.