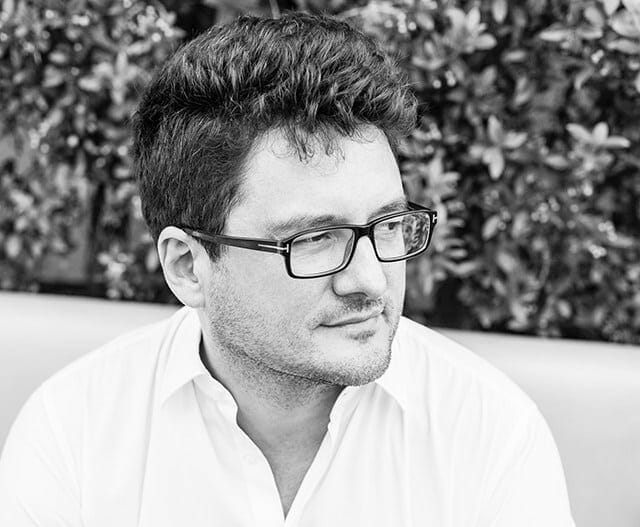 [quote style=”boxed”]I would test longer in a very small market, get the product right, then go for the big guy. Don’t be afraid of the US, just go for it.[/quote]

Jochen Doppelhammer, serial entrepreneur and telco expert based in Spain, is founder & CEO of yuilop, the cloud-based global communications service that allows users to make free calls and texts to anyone, anywhere and is widely used in 200+ countries. With over 15 years of experience with startups, MVNOs and OTT applications, Jochen’s passion for free cloud-based communication is the driving force behind yuilop.

Prior to founding yuilop in 2010, Jochen was CEO of the MVNO business for KPN in Spain where he created the mobile brand simyo, which became the fastest growing and No. 1 MVNO in Spain.

Previously, he served as head of marketing strategy and planning at T-Mobile International 2003 – 05, was a senior manager at Oliver Wyman Munich 2001-03, and 1996 – 99 was a consultant at Accenture; after which he founded his own boutique consultancy.

Jochen also worked at Institut Futur, which today is known as creafutur & Node and worked with internet-project-turned-incubator, CreativeHotHouse.

Jochen holds a Master degree in Computer Science and Bachelor of Science degree in Business Administration from the University of Passau in Germany.

Jochen was born and raised in Munich, Germany. Today he lives with his wife and son in Barcelona, where, when not working at the office in the Eixample, he can be found scuba diving in the Mediterranean. Follow Jochen on Twitter @jochendo

We’ll soon launch a yuilop web application and have plans for voice messaging. We’re also in talks with network service providers to take our phone number in the cloud concept to the next level.

Where did the idea for yuilop come from?

I was the CEO of simyo, the MVNO business for KPN Spain, and was in Boston to launch the low-cost service. I decided to take a walk along the Charles river and was having all these thoughts about what I had done, and what I would do next and it just all came together in one of these ‘Ah ha’ moments. I knew knew the next step was to create a no cost service that would make talking free again.

yuilop runs on a value exchange model. We give relevant offers from brands to our users and they in exchange get a free service. We are also starting to offer premium features like the option to buy yuilop credits or an additional phone number (the first phone number is free).

I take walks, write on our office walls and bring people from different teams together.

After years of software innovation, Hardware is finally stealing the show again thanks to Asian manufacturers making it possible for almost anyone to build devices that are cheap and powerful. You don’t have to be Apple anymore to build an iPhone. The Raspberry Pi is a great example.

My worst job was working for T-Mobile in London on their International Marketing Team, overseeing five countries. I did not want to play corporate politics and it was next to impossible to get things done from above. I learned that overarching international organizations don’t work. You’ve got to be on the ground in the country and talk directly to the local teams.

I would test longer in a very small market, get the product right, then go for the big guy. Don’t be afraid of the US, just go for it.

Try to find time to think, but don’t over think. At the end of the day it’s about execution. In the words of Aaron Levie of Box, get shit done.

What do you mean one failure? 😉 I’ve failed at finding the right partners. Sometimes even if you think you know the people, you really don’t until you really sit down and discuss all objectives, personal goals, and responsibilities.

I’d love it if someone would build a simple cloud based accounting system, like Xero in New Zealand, for Europe.

I’d like communication to be free for everyone in the world. yuilop!

I am German, but I don’t drink beer.

yuilop is obviously my number one. I use it for all my calling and texting, private and professional. For business I like Asana, it’s really fast and flexible. For pleasure I like Spotify, it’s free music, what’s not to love.

Delivering Happiness, by Zappos founder Tony Hsieh because it shows the purpose of business, like life, should really be about one thing, making people happy.

Tomi Ahonen, because he is challenging mobile telecommunication; Stefan Bielau, because he’s an ASO guru and the king of Warsaw scene; Alex Samartin, because he’s my go-to guy for monetization.

My one-and-a-half-year-old son makes me laugh daily. He likes to look in the opposite direction than he is walking which has led to some amusing, harmless collisions with the wall.

Claus Nehmzow one of my first bosses Vayant and an angel investor in Shazam. Because he is has has figured out how to live and conduct business globally and have a ton of fun. He’s a lifestyle master.

Why did you decide to base your business in Barcelona?

Barcelona is a great place to combine work and pleasure. Having the mediterranean in your backyard makes it easier to attract top talent, locally and internationally, who are also looking for that work hard play hard kind of lifestyle. Barcelona also has a burgeoning tech scene and has been the GSMA Mobile World Captial.