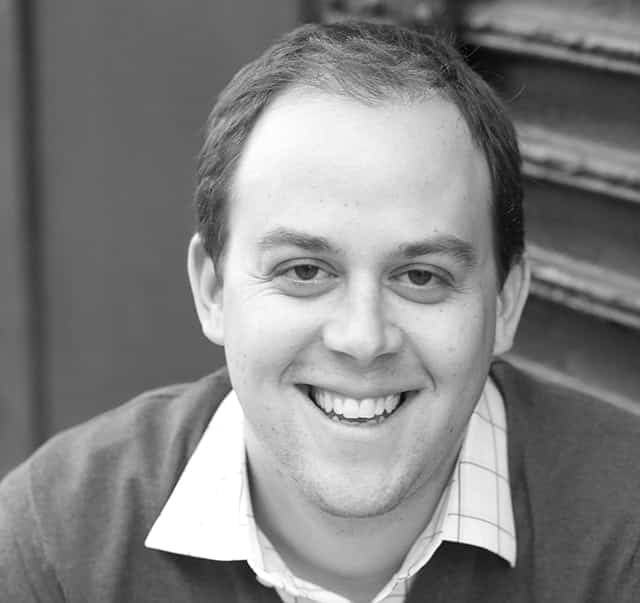 [quote style=”boxed”]I wouldn’t want to start again. I think things have played out the way they should.[/quote]

Justin Esgar is a serial entrepreneur, balancing his time between his computer consulting firm, software development company, and coming up with the next big idea. His premier app SignMyPad has sold over 250,000 copies worldwide and has been featured in Apple’s list of top business apps. He launched NYC Truck Food in 2011 which tracks food trucks in New York City, and his latest endeavor is Email Phoenix, a cloud-based backup service for Kerio mail users. Justin focuses on projects that combine his passion for technology and his commitment to going green. When he’s not working, Justin loves spending time with his wife Michelle and their mini labradoodle Rusty.

Right now we are working on SignMyPad Cloud – a web based solution which allows companies to manage SignMyPad for their employees. The system will allow managers to push PDFs to users so they can have real time delivery on signatures.

Where did the idea for SignMyPad come from?

The idea for SignMyPad came from my other company, Virtua Computers. I’m an Apple consultant in NYC, and I used to bring paper work tickets with me. I hated wasting paper, and I lived in a 1 bedroom apartment, so the signed copies were taking up a lot of valuable space. I had an iPad and thought, I’m sure there is a way for my clients to sign off on their work tickets. I put those thoughts together and SignMyPad was born.

For Autriv most of our money comes from the App store. SignMyPad is available for the iPad, iPhone, Android and now Windows 8. We are super excited about being on the platforms.

I spend my morning discussing with my team the plan for the day. Then my day-hours are spent doing Apple consulting, and when I return home I’m handling beta testing, support emails and such.

This is a great question as I love helping people bring their ideas to life. I’m a big fan of outsourcing everything. We outsource our coding, my wife does the graphics (so technically i’m outsourcing that), and we usually have some interns handling the social media and support emails. So when I have a new idea, I’ll vet it first and then follow the steps I have tried and tested to make it come to life.

I was a mortgage broker out of college. I hated it because I was right out of school and didn’t have a network of people to work with. It’s hard for a 22 year old to be in a sales position with no network.

I wouldn’t want to start again. I think things have played out the way they should.

Make a To-do list. I try to get all my thoughts down in my notebooks (that would be the 2nd thing I recommend…carry a notebook everywhere). I make these to-do lists so I can not only get through my day but I feel the most happy when I accomplish things. Even if it’s a small victory.

We made a piece of software called BlackBook. While the software itself wasn’t a failure, we fell into “feature creature” mode – and we released it 8 months after we planned. By then we had missed the market on it. We learned a valuable lesson – get version 1 out the door!

I’m working on a few ideas that will help disrupt the energy industry. While I don’t have anything locked down yet – I feel that both the energy industry and education are valuable markets that are primed and ready to be disrupted.

If I had to change one thing I would change how we create energy (electricity). SignMyPad has helped many people “go green” by not wasting paper and I love being able to help the earth. I think we need to bump up alternative energy solutions such as solar and wind, and become less reliant fossil fuels as quickly as possible.

I intrinsically trust people when I first meet them, and I hold that trust until they break it. This has gotten me into some trouble in the past but I still keep doing it.

Online tools – Flipboard (app for iOS) – it’s a great aggregate source of information. Being in the Mac community I read a lot of Mac sites, like TUAW and The Loop. And I really like themeforest.net – it’s a great resource for premium WordPress themes. It makes building websites SUPER easy.

I tell everyone now to read The Phoenix Project. It’s about DevOps but you can really pull out some great lessons even if you aren’t in IT.

I follow a lot of business people and chefs (also my inside circle of Mac Admins) – but if I had to put out three: Gary Vaynerchuk , Lewis Howes and James Altucher are the three I’m learning the most from right now on twitter.

I laugh all the time! I was just at the SXSW V2V conference in Las Vegas, and so much funny stuff happens at those kind of conferences!!

My grandfather is/was my hero. He built an amazing company when he was really young and I have, luckily, inherited so many of his wonderful traits.

How do you balance your time between so many companies and a personal life?

The answer is make time for personal life. If you are always in front of the computer or on your mobile device you will never be truly happy and you’ll probably burn out real fast. Make it a point to have dinner with your spouse with no phones. Enjoy your time together.