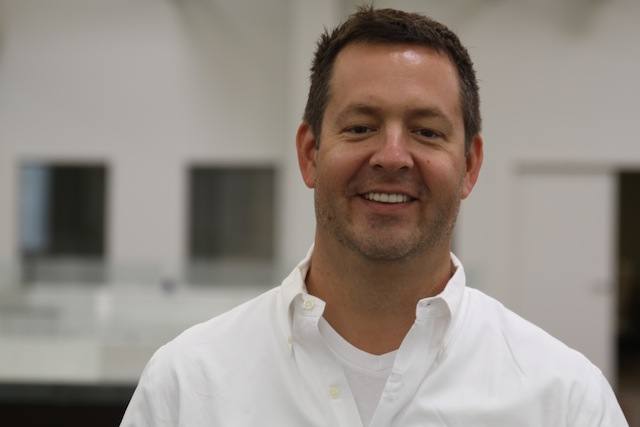 [quote style=”boxed”]Build a business to solve a problem. Every time you get stuck on a decision, ask yourself, “How does this idea help us to solve the problem that the business exists to solve?”[/quote]

As vice president of business development for Proxibid, Joe Petsick is instrumental in driving new sales revenue for the company. Joe co-founded Proxibid in July of 2001 with three fellow entrepreneurs, and has been key in driving the company’s growth and success ever since. Currently, Proxibid is in the process of reinventing itself. It’s leveraging the current size and scope of its marketplace to add value for all its stakeholders in a way it could not do before it captured the total amount of goods that pass through its marketplace (estimated to be valued at approximately $3 billion in 2012).

Where did the idea for Proxibid come from?

From about 1998 to 2000, I was working with a company that was trying to take advantage of the Internet bubble that had formed, when companies would go from a business plan to IPO in a very short window of time. One of the ideas we worked on building was a company that was similar to what eventually became Proxibid. It didn’t succeed due to elements neither my partners nor I could control. When we stepped away from that business, and realized the idea was right and the timing was even better to try and do it the way we wanted and could control.

Today I spent most of my time trying to chase the “big fish.” Our sales team stays committed to attracting the quality customers we serve every day, allowing me to continue to cast my line and try to land those types of clients who can help transform our company.

I am lucky enough to be surrounded by people who are very talented and passionate about what they do every day. Most of my ideas now come to life by me sharing them with others to see if there might be something worth pursuing.

I really like how all of the devices and gadgets I use every day are becoming more and more connected. I find that a great deal of the time, some of the most productive work I can do is when I’m out of the office or at home in the evenings. With my computer, phone and iPad all able to access much of the same information, I always have what I need when I need it.

The worst job I ever had was actually a good job (which I really enjoyed) that evolved into a job I did not like. I was involved in working for what would eventually become TD Ameritrade. The company was growing like crazy, so every day was exciting. My co-workers and I were in positions where we were offered a great deal of autonomy and were allowed to solve any problems we encountered. When the IPO of Ameritrade occurred, the company became more structured and everyone’s roles were much more clearly defined. Coming into work every day and not being exposed to the risk element (and not being able to immediately respond to a problem) became very frustrating. What I learned during that time, however, is what put me where I am today. I learned that I was an entrepreneur.

I probably would not have started a company with people who were such good friends, as I learned that when you mix both your personal and professional relationships–and you’re under enough pressure–someone will have to give way to the other(s).

Continually reassess. Nothing is typically done right on the first iteration. In our early days we stayed alive by using the “ready-fire-aim” approach. It was best to move quickly and make short-sighted decisions, and to then work toward trying to get things to work better.

My partners and I realized early in Proxibid’s life that we were in over our heads. We started to see early signs that the company could really grow, and we became overwhelmed with the decisions in front of us. We realized we needed experienced help. We then did something that many entrepreneurs would struggle with: we hired ourselves a boss. We brought in a CEO who had already been successful in starting his own business.

Build a business to solve a problem. Every time you get stuck on a decision, ask yourself, “How does this idea help us to solve the problem that the business exists to solve?” Too many times, people get stuck concentrating on the feature, product or service, and cannot see how it really helps to solve the key problem.

I’ve become increasingly frustrated with the political process today. I think a great deal of the problem lies in the fact that politicians are not held accountable, as they can hide behind the wants or needs of their political parties. Although I likely cannot do much on my own to change everything that frustrates me, I do plan to continue to vote for the best candidates and to not allow ideology alone to dictate how I vote.

Although there were several times in the early days of our company’s existence where everything hinged on what happened the next day, my partners and I never allowed any of the employees we had hired then to be negatively impacted. We skipped several paychecks and took on a great deal of work at times to make sure they never had to go home at night wondering if they were going to get paid or if the doors would be open the next day.

Freakonomics. This book fascinates me, as it takes an alternate approach to some very real, everyday problems, and actually offers the best explanations yet about any of the issues it dissects. I listen to the authors’ podcasts frequently. I appreciate the ability some people have to look at an issue from an angle that the most of miss, and to show us how things are connected in ways that we do not always see.

I actually laughed out loud after reading a tweet just moments ago from @NotKennyRogers. Tune in to NBC to find out if the internet was lying about what happened at the Olympics!

Anyone who says what they do and then does what they say. This is so unfortunately rare that when I find or see it in someone, I really admire that person and strive to be more like them.

What information is most crucial when you’re working to get your company started?

Whether you are recruiting people to join your team and help make your idea a reality or speaking to angel investors, the three questions that you need to be able to address in detail, with passion, are:

What is the most important thing you have learned about yourself?

I learned where my energy comes from. I learned that I need the risk/reward quotient to be rather high, and that I need to then be placed in a position to do something with it. Now that I know where my energy comes from, I know why I get up every day and go into work. I also know that I can feed that energy thousands of different ways. So it’s not so much about what job I’m doing, but rather what elements a job provides me with to help feed my energy.