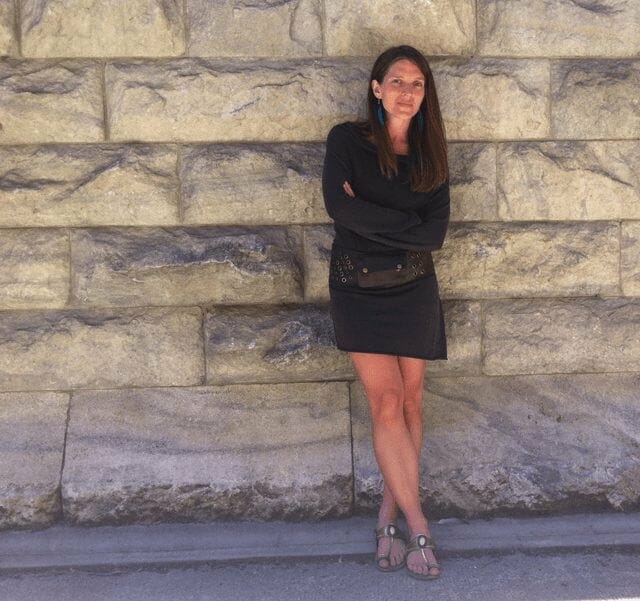 [quote style=”boxed”]Begin with the end in mind. Know what you want and make sure everything you do in the next year builds towards that bigger, long-term plan.[/quote]

Elizabeth Boylan is a Montreal artist and the creative director behind Big Top Ballet–an alternative indie game available for iOS, Android, Mac, Chrome and, soon, Facebook Games. Her combined passion for game art and mobile technology led her to co-found VectorBloom Technologies with her husband and veteran programmer, John Borchert. When it comes to designing and marketing games, Boylan draws from a varied background, which includes a bachelor’s of science degree in chemistry from St. Francis Xavier University and business studies at IESEG in Lille, France, as well as acting, writing and performing comedy in Montreal and Vancouver. When she isn’t working on mobile development or Big Top Ballet, you can bet she’s chasing her five-year-old on the slopes, hiking, swimming or playing tennis.

Big Top Ballet, an alternative indie game title that we’ve released with the first of what will be a series of cirque-inspired mini games featuring awesome, organic, electronic dubstep music by DJ ill-esha. The game title as a whole will explore the dreamscape of fantasy, nightmares and the subconscious through an unfolding narrative. Right now we’re working on a version upgrade, a release to Facebook, and multiplayer mode for the iPad, iPhone and iPod touch.

Where did the idea for VectorBloom Technologies come from?

Growing up in Montreal, I fell in love with arts, culture and live performance. Music and dance have also been a very important part of my own artistic expression, so dance, music and costumes have partly influenced how Big Top Ballet came to be. Yet it wasn’t until after I struggled with a 2-D open source technology for four to six months that we decided to switch our focus from what would have been a music/puzzle game to Big Top Ballet.

We had been working on a game prototype titled after our company VectorBloom. We worked backward, doing art first and then game play prototyping. This is not a recommended strategy, and when we weren’t achieving the visual results I had imagined, we decided to bite the bullet and switch our focus, at least temporarily.

We released a revamped mobile greetings app, ArtCards by Elizabeth Boylan (which was based on a prior app project), to showcase my digital art portfolio. Our ideas for version upgrades to the ArtCards app had gamification concepts that we decided to flow with–and that’s how we started conceptualizing a whole new title for female gamers between the ages of 12- 29 in Big Top Ballet. We switched our game engine technology back to Unity3D and have been much happier releasing to multiple platforms instead of just for the iPhone or iPad. Unity 3D also affords us the ability continue to grow and expand the game over time, which is an option that wasn’t available with Cocos2D, the previous open-source game engine tool we were using.

We’re still a startup, so everything from meals to house chores to child care to sleep are considered voluntary or forced breaks from work. Building Big Top Ballet has become somewhat of an addiction for us. Admittedly, I’m miserable if I’m not working on the game or if I feel that we aren’t making reasonable progress. Basically any day starts with coffee first, during which time we also have an informal business meeting with my programmer/husband Johnny. This is followed by me heading up to my at home office. We live in the mountains, so when we’re not working, we’re out in the woods with our weimer runner or swimming in a nearby lake with our five-year-old daughter.

I find most of my inspiration for new ideas comes to me while I’m hiking in nature or running water for a bath. After this happens, I draw the concept out with a pencil and then use Maya 3D and Photoshop for developing digital formats. Game play and particle effects are then programmed in Unity 3D’s game engine.

The growth of mobile and cloud gaming has me wild with anticipation. Inevitably I think these two movements will lead to virtual gaming rooms where gamers interact with 3-D holographic game play entertainment. I also see light shows for night clubs and music festivals being driven by game technology. This is a direction we have in mind when planning the future of Big Top Ballet.

Tree planting. It was, by far, the worst and dirtiest summer job ever. It’s my opinion that if you aren’t doing what you love, you’re working a dead-end job.

I would have started earlier. There are so many times when we have self-imposed barriers when we choose to begin. While years pass, doing a little bit every day builds up quickly to significant accomplishments.

Begin with the end in mind. Know what you want and make sure everything you do in the next year builds towards that bigger, long-term plan.

Business plans and action plans aren’t just about getting funding. I have action items that I rework and revisit on a daily, monthly and yearly basis with monthly, yearly and even five- and ten-year roll out plans. Not all things go according to the plan, but reworking the plan brings clarity to our decisions and reminds us of solutions that have yet to be explored. A strategic plan guides a team’s execution with meaning and direction.

Maintaining the cash flow to finance in-house development has been our biggest challenge. We have some consulting work on the side that has covered basic expenses and allowed us to focus most of our time on research, game development and marketing. We also crowdfunded Big Top Ballet using Appbackr.com for a modest $5,000.

Re-imagine any mobile app idea that you have as a web service. Instead of publishing a single or local news app, publish or sell a template or web service where thousands of local newspapers can publish their news easily to a mobile format. A newspaper is just one example of an opportunity to re-imagine an existing service as a mobile solution. You can develop a template for restaurant menus or a thousand other things.

Clean water and an edible landscape–globally. The earth is our mother, and we all too often forget how the earth feeds and supports us. I think one out of every seven trees planted should be an edible fruit or nut tree. Plant a fruit tree, and if you have a fruit tree, eat from it.

All my secrets compromise other people’s privacy. They’re usually fun stories, so anyone who wants to hear them will have to catch me drunk.

How to Think Like Leonardo da Vinci: Seven Steps to Genius Every Day by Michael J. Gelb. It’s great for discovering new brainstorming techniques and creative processes. It’s also a guided workbook on building an awareness of what motivates and drives you.

When I was trying to figure a way to politely answer the question above about the worst job I ever had.

You started a game development company but you never worked in the game industry before mobile? Is this a weakness or a strength?

Becoming an employee in the game industry wouldn’t have worked for me as an artist. I’d much rather take on the risk of my own vision than create someone else’s vision. Right now we’re in such a period of disruption; large studios are operating from a position of retaining market share. Technology has democratized game production, especially for mobile and casual games. While there is so much room for growth in games because of the global adoption rate of smart phones and tablets, it’s still a very competitive space–but not much more than film. Whenever new technologies emerge, even the big players have to adapt to these changes to stay on top. It’s actually a perfect time to enter the space.

What is it like being married to your business partner?

It’s kind of crazy how little time people spend with their spouses or families because of work. I’m really grateful that we’re able to build something together and compliment each other’s strengths. It’s also fun to pretend I’m having an inter-office affair with a co-worker, from the comfort of my home office. The only downside is knowing when to have a vacation from work. With technology being ever present on mobile devices (which are at the core of what we do), I think we’ll have to make efforts to escape to places without internet or data access to truly benefit from downtime.