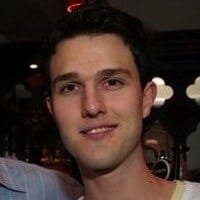 [quote style=”boxed”]It isn’t so much a new idea that’s as important as the execution of an idea. Of course many markets are now saturated so innovation is required, but markets vary by location and over time, so if an existing idea is done well in the right environment you have a business.[/quote]

After graduating university as an engineer, it was time for Jon Gray to pursue his dream of building his own company. Someone had once told him that running a company is like seeing life in color rather than black and white, which sounded exciting. He knew he wanted to use his engineering degree to do this, but wasn’t exactly sure how…

He also knew that any company requires start-up capital, and after being advised strongly against maxing out as many credit cards as possible, he decided to take a job in the city to generate some start-up funds.

This immersed Jon Gray in the city lifestyle we all know; hectic and non-stop, demanding yet full of buzz. It was this lifestyle that inspired Jon’s business idea, and Podtime was born, he bit the bullet and packed in the day job.

Podtime simply allows busy city workers to take a short period of rest during the day, in an enclosed pod with a comfortable bed inside. The more Jon researched the benefits of a 15-20 minute rest during the day, the more he saw that a short time out can in fact significantly improve our overall daily productivity and well being. It’s an age old pastime in various other countries, but it also seemed to be a healthy solution to competing with modern day city life.

Jon set about using his engineering skills to design the pods for comfort, noise reduction, ventilation, cleanliness, and security, and then decided to place the pods directly in the centre of London’s financial square mile.

Now the pods are being used by lots of busy workers every day, and due to high demand Jon Gray is producing pods for sale to individual companies and businesses around the world, aiming to promote a healthy daily rest routine.

Right now we’re working on finishing a production facility which will allow us to produce the pods more quickly. It’s a lot of work but it’s exciting, the goal is a completely streamlined process from order to shipping and we’re nearly there now.

It can vary hugely and that’s why I love it, there are lots of emails but it’s important to pick up the phone as much as possible since good business is based on relationship and trust. You are working six or seven days a week but there’s an entirely different motivation available when the buck stops at you, but it’s possible to thrive on that.

Naturally my first would be the growing perception of napping at work, which people are starting to get their head around as a force for good.

Movements in the way that a new company is exposed to the world, it’s not that traditional advertising is dead, but there are ways to do it for a lot less money now which could be the difference between survival and failure for a young business.

The growing awareness that the way to fix the economy is to innovate with new companies that will help to stimulate economic growth. There are plenty of people driven enough to start a company, they just need support from government and investors alike, which is slowly picking up.

Any idea will start with a visualisation and that is the key to everything else. Once that idea is there it will grow and evolve and the second step which most people don’t do is to take action. It’s not just related to a product or concept either; anyone who has achieved something will have seen themselves doing it long before it actually happened no matter what they tell you.

People who aren’t afraid to take risk, it’s that pioneering spirit that you have when you’re a child, the excitement of not knowing what’s around the corner, anyone who thinks that way is an inspiration to me as it’s an exploration of life in general.

I’ve made many mistakes and I will make many more. In a start-up situation you will find they are almost always related to cash flow, any stage of progress will involve an investment or a contractual agreement. You need to make these commitments, but you have to do it in the right way to cover the downside. This requires a level of perception which you can only really learn by making mistakes in the first place!

It isn’t so much a new idea that’s as important as the execution of an idea. Of course many markets are now saturated so innovation is required, but markets vary by location and over time, so if an existing idea is done well in the right environment you have a business.

Autobiographies of people I can draw inspiration from, people who have been successful or interesting in almost any walk of life have a common spirit of adventure that I find infectious.

‘How to get Rich’ by Felix Dennis, it has a cheesy title, and isn’t particularly designed to be inspirational like some other books that I love, but this is the most practical and honest guide to starting a business that I’ve read.

Many people will say this but it is my iPhone.

Anyone who’s been through the pain and elation associated with a start-up, it’s helpful to know there are others who have been through the same thing. Not everyone can ignore the naysayer until something works, the people that can should feature on this site and tell their story.

Where do you see yourself in five years?

Selling and distributing pods around the world and being an ambassador for their advantages.

Where do you see yourself in five years (again)?

Traveling widely, starting a family and always looking for new ways to have fun with friends.