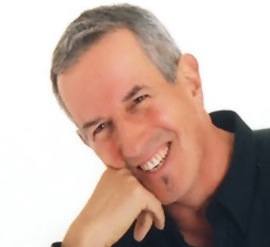 Jon Leland, president & creative director of ComBridges,  is a leading communications expert who has been a visionary media innovator for almost 40 years.

In the seventies, Mr. Leland founded one of the first narrowcast radio networks. In the eighties, he was a network TV pioneer who founded the on-air promotion department at cable’s USA Network. And, in the nineties, Leland wrote and produced original video programs, designed interactive TV prototypes, and created leading edge websites.

Jon was also a contributing editor to Videography magazine for over twelve years, and has written articles for Computer Graphics World, Digital Cinema, Digital TV (formerly TV-Broadcast), The Industry Standard, Streaming Media and Sybase magazines. He has also had articles commissioned by Compaq Computer and FedEx Kinko’s.

Mr. Leland has led workshops at the Inc. 500, Inc. Growing the Organization, Corporate Computing Expo and other conferences. He has taught broadcast journalism at UC Berkeley, and served as the West Coast on-camera correspondent for the American Business Journal TV series.

2. Free webinars based on my ebook, “What Every Business Should Know About Internet Marketing”

1. Social Media. Like the latest ‘social media revolution’ video says, “Social media is not just a trend, but a fundamental shift in how we communicate.”

2. The Democratization of Media. Digital tools like HD camcorders and YouTube etc put the power of the media in the hands of most people. Viva La Level Playing Field!

3. Authenticity. Telling the truth is what works on the web (as well as in life). Now, somehow, more than ever.

Perseverance, listening to my inner voice, communities of support, networking, being open to new ideas.

What is one mistake that you’ve made that our readers can learn from?: Not being ‘sober’ about money. Solvency is important. Building a business based on current cash flow is the ideal scenario. Debt and ‘leveraging’ can create very real problems. Don’t go there.

Create a YouTube channel filled with tips on how to use Twitter. Even according to Twitter’s founders, its biggest problem is ease of use. Many people need help understanding this important and valuable social media platform. (And let me know if you want to do this. I have a great URL and might be able to help.)

What do you mean by “The Grand Canyon Gap between people and technology”?

Technology and online media in particular are innovating at an accelerating pace. It’s virtually impossible for most people to catch up.

I’ve been talking about this and creating media that attempt to bridge this gap for at least 20 years and the situation is more challenging than ever.

Thus the need for New Marketing University (mentioned above).

Why are you so passionate about golf?

Golf is my learning lab for becoming “The Ambassador of Ease.” This is a book and inspiring keynote speech that I’m also working on. Ultimately, I think being in the “zone” or the “flow” is the way to go and the way to be most productive. I get a direct experience of this when I try to get the golf ball in the hole in as few strokes as possible. It’s a great way to learn these important life lessons, and it’s fun, exercise and a treat to spend a big block of time outdoors.

Information about me as a golf keynote speaker is here:

Please see my golf blog for more. Hopefully I’ll get back to posting there again soon.