Jonathan Alpert – Author of the Be Fearless 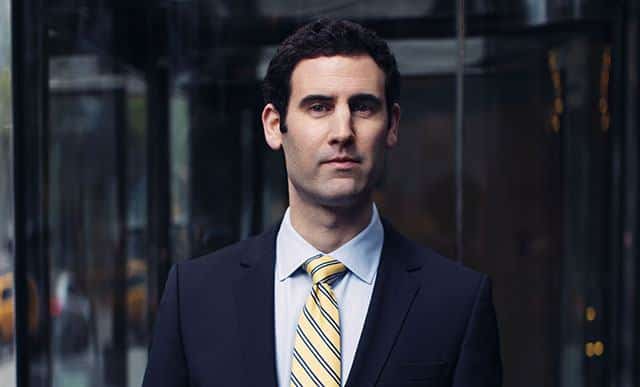 [quote style=”boxed”]Keep a schedule and stick to it as best as possible. [/quote]

Jonathan Alpert is a Manhattan-based licensed psychotherapist, executive coach, columnist, and author of the book, BE FEARLESS: Change Your Life in 28 Days. The book is published in the US, UK, Germany, Brazil, Portugal, Spain, Japan, China, and Taiwan.

His insight is regularly tapped by major national and international media outlets, including television, newspapers, magazines, radio, and online. He has appeared on such nationally televised shows as TODAY, Good Morning America, CNN, FOX News, NBC Nightly News, and more. Alpert appeared in the 2010 Oscar-winning film “Inside Job,” where he commented on the psychological underpinnings of the 2008 financial crisis.

As a therapist, Jonathan counsels individuals and couples on a wide range of issues including relationships, depression, anxiety, and stress. His clients include corporate executives, professionals, entertainers, athletes, and more. He also provides executive coaching to help clients achieve peak performance. He has helped hundreds achieve their goals with astonishing success in just a short amount of time.

Where did the idea to be a psychotherapist and author come from?

I don’t have any tragic stories to tell about being down on my luck and being helped by a therapist who then inspired me to become a therapist. None of that. I simply got into my profession because A. I wanted to run a business B. Knew other things I’d find boring e.g. law, engineering, accounting C. I’m good with people. My idea to write BE FEARLESS: Change Your Life in 28 Days came from my dissatisfaction my profession. Week after week I’d hear from new clients about how little they gained from their previous therapy. I’d hear about how their previous therapist just sat, nodded his or her head, and said “And how does that make you feel?” I heard stories like this for years. And year after year I grew more and more frustrated with my profession. My approach was different. I gave advice and actually helped people to get better. If someone was in an unhealthy relationship, then I’d tell them so. If someone was dealing with a work conflict, then I’d tell them how to get out of it. If someone wanted to find love, then I’d strategize with him or her and help them achieve their goal. The same is true with developing new businesses. I realized over time that the general public simply didn’t know that better approaches towards getting better existed. People accepted the status quo. Writing BE FEARLESS was my way of educating the public and also helping people get past the fear that got between them and success.

I start seeing patients either in the morning or lunch time. Usually 2-3 days/week I start in the morning. I see between 25-30 per week. I also conduct sessions via Skype or telephone with clients who are located away from New York. I have clients throughout the United States and as far away as Asia. Many of these distance clients come to me by way of my book or they see me quoted somewhere in the media and like what I have to say. When I’m not seeing patients I am doing interviews. Usually get interviewed at least once per week by some sort of media outlet (TV, newspaper, online). I also write a column for Huffington Post.

I’m a strong believer in writing down ideas. My book started by merely writing down rough ideas on paper and now it is published in 9 countries.

I’m fascinated by how technology impacts communication, mental health, relationships, and behaviors. There’s no doubt in my mind that technology has its benefits, but it also has its downfall. Case in point: Ten years ago no one ever stepped in my office and talked about how they caught their significant other chatting to someone else via text messaging or Facebook. Ten years ago no one was concerned about their boyfriend’s relationship status on Facebook indicating “single” even though they’ve been in a relationship for a year. Just as there are so many more way to communicate and meet people, there are that many more ways to get caught and every week I’m seeing at least one new person for just that.

I always return calls and emails and never let them sit for more than 48 hours. This is customer service 101 that you should never forget. Even if it is a quick, “I got your message.” Do it. No delays or ands, ifs or buts. It clears the inbox, clears the mind, and also helps to build good business relationships. Here’s a link to an article I wrote that highlights some of my other tips/habits:

As a teenager I worked at a dry cleaners/laundromat. It was a filthy job, literally. In the Summer it was sweltering hot and the environment stunk. What I learned though was just how important each member of a team can be and production is only as efficient as the weakest member of the team. Every employee mattered. I also learned valuable customer service skills.

I’m not so sure I’d do things much differently. What I did seems to be working well for me.

Keep a schedule and stick to it as best as possible. Actually write out what you must do for the day. Keep a list of things requiring immediate attention, and things you need to accomplish for the week, and then for the month. As a business owner there are dozens of things that can potentially distract you. It’s important to write down a schedule and plan out every hour. I tell my clients who are between jobs and searching for work to plan out their day and schedule each hour. The goal being to get it to resemble that of a business day. This helps them to feel more connected to mainstream too.

It’s simple: Be different. If you want to be like everyone else, then do what they do. If you want to be unique, then figure out what makes you different and run with it. Defy the norm. For me it was helping clients get better and doing it in a short period of time. This was a huge departure from mainstream psychotherapy. I wrote about this approach in a New York Times OpEd that ran in April 2012 just before my book came out. In it I came down hard on my profession and basically said, most therapists are useless and if you’re in therapy and not getting better, then get out and find someone new. The article was incredibly polarizing and led to countless hate emails from therapists around the world. These emails were hate-filled and nasty. Some said “Go to hell” while others said “Fuck You”. Many people amidst their panic also called the state on me making outrageously false claims about me saying I’m not licensed. Their attempt of course to bring me do wn proved futile and only made them look bad. I even ended up in a New York University commencement speech that was given by a therapist to the graduate school of psychology. His speech basically warned graduates not to let me bring their profession down. It must have been the most uninspiring speech ever, not too mentioned one riddled with fear. The hate emails continue to this day and come in from around the world. The flip side: for all the angry therapist out there who send me hate emails, there are even more people who send me emails praising my courage and also people writing to me saying they are fed up with their therapist and they’re wanting to consult me. As the saying goes: bad press is good press. Here’s a link to the New York Times piece:

I’ve been lucky – none so far.

None that I can disclose at the moment.

Most people know me as a psychotherapist and a columnist. I also appeared in the 2010 Oscar-winning film Inside Job. In it I talked about the psychology of the Wall Streeter and how people were dealing with the financial crisis.

Well of course my book, BE FEARLESS: Change Your Life in 28 Days. It’s a useful book for anyone who has ever felt like they wanted to accomplish a goal (in their careers or anywhere else) but thought of excuses as to why they couldn’t. It teaches people how to get past the fear that gets between them and success. I also like The 7 Habits of Highly Effective People by the late Stephen R. Covey. Dr. Covey endorsed my book just before his passing. Dale Carnegie’s How to Win Friends and Influence People is timeless. Even though it came out in 1936 it remains a significant book in the world of self-help and in my view was, and still is, one of the most influential self-help books of all time.