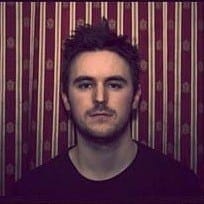 Tastebuds.fm Co-Founder Julian Keenaghan grew up in a small town in Ireland. He graduated from University College Dublin with a 1st class BSc in Mathematical Physics and Computer Science in 2004 and then moved to the UK to undertake a masters in Artificial Intelligence at the University of Edinburgh. After a stint living, working and learning Italian in Rome he moved to London 3 years ago where he worked as a developer for various local tech startups and started a band. In October 2010 he quit his day job to start working full-time on Tastebuds.fm with Alex Parish – his Co-Founder and band mate – an innovative new dating and social networking site based around a shared passion for music.

Right now I’m working full-time on Tastebuds with Alex. Tastebuds.fm is a unique new dating service that matches people based on their tastes in music. Simply fill in your favourite bands or connect up to your last.fm profile and find single people in your area who share your tastes. The idea is to introduce our members to interesting people they hopefully have something in common with on both an artistic and a personality level. From there it’s up to you! We also integrate with songkick.com to allow you to show your events on your profile and match up with people going to the same concert as you. At the very least you can use it to listen to and discover new music. The site has been featured by the likes of Mashable.com, The Guardian, Glamour.com, Men’s Health, countless blogs and magazines and we’ve put on our own event which was featured in Company Magazine. We’ve also been listed as one of the Top 10 exciting European startups by TheNextWeb.com. The site now has over 10,000 users, is growing rapidly and proving very popular with users who like the site’s fun, relaxed feel, slick user interface and conspicuous absence of dating cliches and awkward slogans.

The fact you can build and release something of value in a couple of days for virtually no cost and spread the word out so easily is very exciting. The emergence of hackdays and weekends like Music Hackday where groups of developers get together and build something cool within that time period is another manifestation of this trend.

Peoples’ standards have been raised a lot when it comes to web applications such that to stand out these days you have to do something exceptional and be obsessed with the quality of your user interfaces.

The unstoppable movement towards mobile/tablets/the internet of things. I have this feeling that we’ll look back on these times and how we used to interface with our favourite sites through full-screen web browsers on our laptops and chuckle at how innocent we all were.

Often when we come up with an idea, almost on the spot we’ll mock something up in HTML. Once you have that momentum from the initial excitement you have about the idea you’re usually determined to do the hard work to get it out the door without wasting time.

When Gary Vaynerchuk says this is only the beginning.

With Tastebuds, if anything we launched too soon. We fully believe in the model of launching early and iterating based on feedback but getting featured on Mashable the day after we launched caught us a bit by surprise.

If you build something for yourself there is a pretty good chance others will want the same thing. Plenty of services have launched this way, e.g. delicious.com, instapaper.com and basecamp. Scratch your own itch!

Having said that it’s all about how you well you execute.

The Ruby on Rails framework combined with the 37 signals philosophy, encapsulated in their Getting Real and Rework books is incredibly conducive to getting the important things done quickly without stressing about the fluff.

Why is there a place for Tastebuds.fm in an over-crowded industry?

The way people connect online has changed beyond all recognition in the last number of years. People now conduct their social lives through the media of social networking, and increasingly more their love lives. Traditional dating services, catering towards an older demographic, are both out of date and out of touch. Tastebuds’ user base – already comfortable with connecting online – need a refreshing, fun new service to find potential matches online based on their tastes, the things that count, and not through endless forms and meaningless personality tests.

So you met the other Founder in a band?

Yes indeed! Alex and I met originally while playing for a London based post-rock 6-piece outfit, Years of Rice and Salt. We’ve played loads of gigs around London, released one well-received EP last year and are putting the fine touches to our first full-length LP, to be released in March 2011.