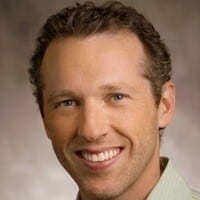 Seth Sternberg is the Chief Executive Officer (CEO) and one of the Co-Founders of Meebo, overseeing all of the company’s product and business operations.

Sternberg, along with college friends Elaine Wherry and Sandy Jen, started Meebo in 2005 with a goal of connecting people to their friends across the web. In its fifth year, Meebo now enables more than 180 million people to instantly share with their friends across any communication network on the Web, and is used by more than 8,000 websites including Entertainment Weekly, TV Guide, TMZ, Adweek, Yes Network and more.

Prior to starting Meebo, Sternberg worked in IBM’s Corporate Development group as a lead in mergers and acquisitions. After transferring assets at IBM for a few years, he discovered that he would rather build assets and began work on Meebo.

In his spare time, Sternberg mentors aspiring entrepreneurs and students and is an avid pilot. He has spoken at several prestigious industry events and has been featured on CNBC, in The New York Times, The Wall Street Journal and WIRED, among others.

Sternberg graduated from Yale University with a Bachelor of Arts in Political Science and International Relations, and attended Stanford Business School.

From right after we launched Meebo.com, people began asking us for “Meebo in their site.” Since then, we’ve been working to connect people with their friends or other relevant folks as they travel the web. It could be their Facebook friends, their Twitter followers, people they communicate with on email, or even people with similar interests that they may not yet know. At the moment we’re focused on enabling people to check into sites with Meebo, which will let folks point out neat content to their friends and followers and also potentially let people earn rewards. Other than that, as I write this, I’m on a plane to New York to see our NY team!

I love products that I can physically hold in my hands. From a business perspective, I’ve always had issues with them though as copycats tend to drive the margins out of those businesses. But these days, you can tie physical objects to online communities, thus protecting your margins. Webkinz was a great example of this, and FitBit is doing something similar in the health space.

Beyond that, I’m psyched about trying to help people naturally discover more content – be it educational, a topic you’re trying to learn about, or entertainment in a really intuitive way. I recently got into bicycling and had a heck of a time finding the best sites to buy biking gear at, the best forums to lurk on, and the best cycling news sites – I just don’t have enough friends into cycling. Hopefully our web check-ins will help play a part in making that kind of content discovery easier for folks.

The third piece is bringing community to the distributed web. The social web has recently exploded – but a lot of the activity is at explicitly social sites like Facebook, Tagged, Twitter, etc. I’d love to bring a real feeling of community back to the distributed web – let people are Kiplinger form a social group around Kiplinger, right there at Kiplinger.com.

I tend to be a draw on whiteboards and talk kind of communicator. It always feels too slow for me to get all my thoughts down in email. At Meebo we have a great product team – they’re constantly drawing on whiteboards, doing wireframes, mocking things up and then ultimately building them for users to enjoy! That’s the best – when you see an idea turn into something that others really love.

Making other people’s lives better. I’ve had enough existential crises in my life to have thought long enough and hard enough to realize that basically the only thing that sustainably, over the truly long haul, can keep me inspired is to do things that ultimately help others. Everything else becomes boring.

I was a big proponent of us attempting to build a real time application platform back in 2007. The idea was that Meebo was a real time environment, so it would be particularly well suited to developers building applications for it that had multiple people interacting, live. It turned out the market wasn’t ready for it – platforms were just beginning to happen on the web, but making the leap to web applications that were live was just too much. You always want to be ahead of the market – but not too far ahead.

For the longest time I wanted a really good doctor referrals site – and it looks like ZocDoc has stepped in to fill that void. Aside from that, I think there’s a real loneliness problem amongst a bunch of niche populations. Pick an affected population and figure out how to fix it – you’d make a mint.

What is one book and one tool that helps you?

The Happiness Hypothesis was a great book – well worth a read to understand some of what likely makes you and others happy.

My bicycle is actually a really great tool for bringing ideas to life – I tend to come up with lots of ideas when I’m out riding and can clear my head.

What’s the number one thing you focus on at your company these days?

Meebo’s people. They are what make Meebo and they all rock. It’s been really interesting as we’ve all learned, together, how to scale the company from 3 people to now close to 150 people. It’s super important to me that everyone love what they do and understand how it has an impact on everyone else at the company, and on every one of our users.

What’s a mistake you’ve made in your personal life, and what have you done to fix it?

I’ve missed one too many friend’s weddings – very not good. It’s super important to keep perspective as we all get tied up in our daily lives at work. I was out to lunch with a friend and he told me he made a rule for himself – never miss a friend’s wedding, no excuses. I thought that was a really good idea and I’ve adopted it. The people in your life, be they your friends, your family, or the people you work with are probably the single biggest determinant of your happiness – invest in them!