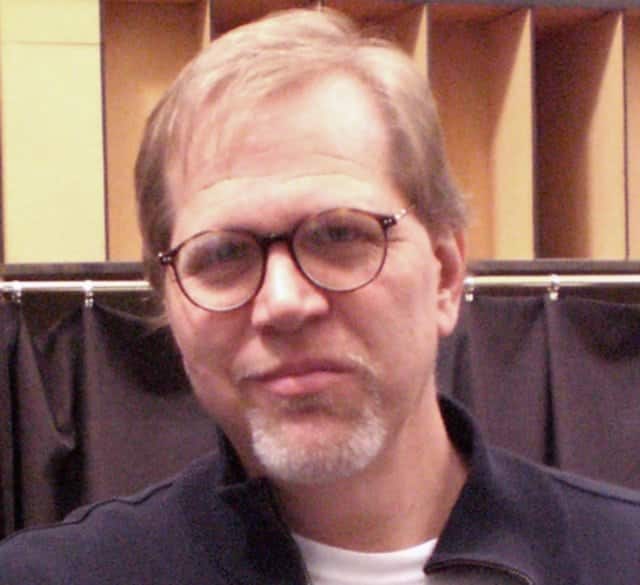 [quote style=”boxed”]As much as I welcome the feedback, I don’t want to lose my vision.[/quote]

Keith McMillen has been an innovator in audio and music technology for nearly 30 years. He has been working his entire adult life on one single problem – how to play live interactive music in an ensemble using extended instruments moderated by computer intelligence. This goal has required him to create dozens of new instruments, patented inventions and numerous successful companies in order to advance the technology sufficiently to reach his musical objectives. Keith began his audio career in 1979, when he founded Zeta Music. The company’s revolutionary electronic instrument designs created a new market in the music industry, and the brand Zeta is the “gold standard” for electric and electronic string instruments.

In 1992, as Vice President of Gibson Guitars, he founded and ran G-WIZ (an R&D lab for Gibson); and led the effort to devise ZIPI (a musical instrument control language that avoided many of MIDI’s limitations – ZIPI later evolved into OSC). Keith worked with UC Berkeley’s CNMAT and created a new technology group focusing on audio networking, synthesizers and string instruments. As Director of Engineering at Harman Kardon in 1996, he headed a division dealing with complex audio processing and distributed music networks.

In 1999, Keith founded Octiv, Inc. an Internet audio signal processing company that addressed the problem of inconsistent audio quality across disparate delivery platforms. Octiv produced the best selling “Volume Logic” plug-in for iTunes as well as fundamental advances in teleconferencing. He led the company as both technologist and business guru raising over $20M from VCs such as 3i and Intel Capital. In April of 2005, Keith sold Octiv to Plantronics (NYSE:PLT) and is personally funding the current operations of the BEAM Foundation.

Keith received his BS in Acoustics under James Beauchamp from the University of Illinois where he also trained in classical guitar and studied composition with Herbert Brun, Scott Wyatt and Sal Martirano. Keith has spent 25 years developing MAPPS – an integrated computer composition, notation and performance system. In addition to running KMI and the BEAM Foundation, Keith performs with TrioMetrik, a string trio using McMillen’s technology to create a new genre of music he calls “NuRoque.”

I am about to launch a new product – the Rogue which will be available later this year. I’m also working on an upcoming guitar product. It’s really a labor of love because I’ve been trying to develop a guitar solution for the last 32 years and I’ve finally figured it out.

Where did the idea for Keith McMillen Instruments come from?

I’m a musician and composer; I hear sounds in my head and have to figure out how to compose them. It’s driven me to create companies and products that help that cause. After I sold my last company to Plantronics in 2005 I had some money and toured in a band for a few years. I saw that the equipment we were using were big, unreliable and limited, so I set out to create small beautiful instruments that expanded my tech requirements. The age of having a dozen 18-wheeler trucks load in your gear is over.

We sell our products through brick and mortar retailers such as Guitar Center and e-retailers such as Amazon. We’ve thankfully been quite successful–250% a year and gross sales well into 7 figures.

I wake up every day, check email and go to an office (which was my studio for 17 years) where I work with talented musicians to build beautiful and functional products—products that we’d want to use.

Necessity is really the mother of invention. For me, I would hear music in my head and then I’d have to figure out how to build instruments to make that music, but designing the software was about 10 times harder than I thought. Getting all the components we wanted – responsiveness, durability, and low cost – was very challenging. But thankfully, with the advent of new technology, it’s gotten a lot easier. It’s a lot easier now to build things when you can 3D print one to test it. I can take chances now that I didn’t dare dream about before. It’s a great age to be creating.

Materials technologies. I can design and build sensors and instruments that are super functional at affordable prices.

I worked in the Steel Mills in South Chicago – dirty and dangerous work. I learned I did not want to do that.

I would probably have had the BLT instead of the Reuben. I am delighted to be exactly where I am at so there is nothing I can imagine changing. Maybe the coleslaw…

As an entrepreneur/inventor, I keep many of my ideas very private at first and take it through the development phrase pretty much on my own. Then I bring in others to contribute later on down the line. As much as I welcome the feedback, I don’t want to lose my vision.

A problem every minute and a solution every 59 seconds. There is failure all the time. And then you fix it. I am blessed and damned with the fact that my business is my art. It makes it very complicated to sort failures from practice.

There should be an app that you can announce where your car is parked and that you are leaving in 3 minutes. Then someone can come (your car description is part of the integration) wait for you to leave and take the spot. You get points for sharing and this prioritizes your request for parking.

Are we talking about physical constants, like the mass of an electron? I thought not… When I was a kid it would have been mosquitoes. But now I would like allergies to be less intrusive.

Very few people know me at all so it could be quite a list.

Global Source is pretty amazing. You find possible sources for a strange component, material or process, define what you are looking for attach drawings and descriptions and the next day you can have 12 companies that maybe can do what you want. You still have to cull and refine and negotiate, but I have been able to find so many solutions to realizing designs this way – an incredible service. Certainly Kickstarter and IndieGoGo since they help get a lot of good ideas off the ground. Crowd-funding is pretty amazing. I have been raising money for over 30 years and these services are truly revolutionary.

Any recent book on Quantum Entanglement. The evidence confirming the instantaneous connectivity of particles at any distance is compelling. Amazing. Couple this with Lawrence Krause’s book “A Universe from Nothing” and it is impossible to look at the world the same way. Not only is everything possible but every place in the universe will be simultaneously aware of it and it wont cost you anything in mass or energy.

Yesterday. My wife was talking about pizza.

Anyone who has ever accomplished anything is a hero – it is really hard to actually do something to completion. Specifically: Einstein, Oppenheimer and Feynman.

Pick something you like, you will be doing it a lot.

Recommend something, like: If you weren’t busy creating instruments, what would you be doing?