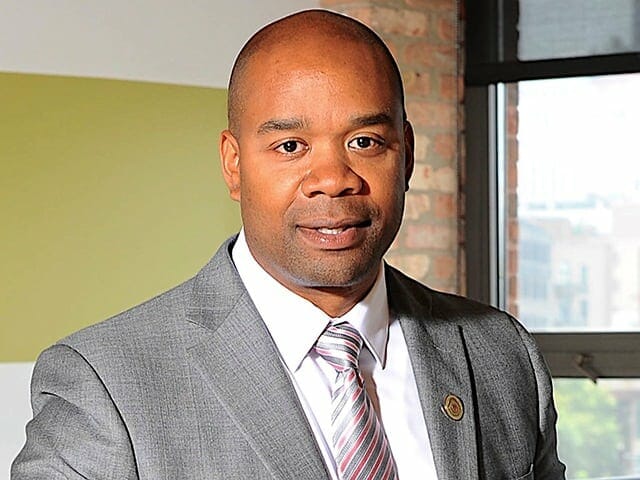 [quote style=”boxed”]Pull over once in a while to take it all in! Like many entrepreneurs, I’ve been going hard, working 90+-hour weeks for the past six years. I’m just now realizing I need to start working on the balance thing — even if it’s just making time to watch old episodes of “The Three Stooges.”[/quote]

Kenneth Coats is the founder of eKnowID, a new consumer background-checking solution, and CEO of KENTECH Consulting, Inc., a global background check technology and private detective agency that caters to both private and public organizations across the United States.

He is the creator of innovative projects, such as arrestfree.com, C.L.E.A.R (Criminal Link Exchange and Reporting), and CollegeScreen.com, a flexible-pay screening product for colleges and universities.

Prior to starting KENTECH Consulting, Inc., he worked in IT at Equifax and ChoicePoint.

I’m working on a huge project for the government in law enforcement, but that’s a secret. I would have to self-destruct this site if I told you! In addition to that, I’m working on a new layout for eKnowID.

Where did the idea for eKnowID come from?

eKnowID was actually born out of an idea requested by many job applicants who had background checks conducted on them — they needed to know what might possibly show up. While conducting background checks on behalf of our clients,applicants would sometimes callus because of discrepancies found in their background checks. Although the findings were true, many weren’t aware of these potential red flags that put their job offers in jeopardy.From this experience,we thought, “What better way to mitigate this dilemma than by empowering job applicants with the same information and tools used by many companies in the hiring process?” The notion is similar to running a self-credit check before applying for a mortgage or purchasing a car. It’s just as crucial to run a self-background check before applying for that dream job.

Our goal is to eventually evolve eKnowID into a way of enabling trusted and safe transactions in the new social community era. For example,do you need to know whether the new beau you met online is the real deal? Or what about that new dog walker or babysitter you’re thinking about hiring to watch your precious family member? eKnowID will provide consumers with real investigative solutions to help answer these questions.

I check email and then participate in lots of meetings centered on development and strategy with my VP of Business Development and my executive assistant.

I recently got a smart board in my office to allow me to draw things out because I’m visually oriented. I print them out and put them on my closet door to remind me of things I must complete within a short amount of time. Depending on how big the idea is, these steps will suffice or I’ll source resources — mentors, interns — and conduct research to prove the idea. Everyday, we’re trying to move the dial just a little further than the day before.

The new world of connectedness excites me. There was a one-time belief that we all had more than five senses, which included the ability to communicate telepathically. Social networking is bringing this thought back into the mainstream. The whole 2012 Mayan calendar end-of-the-world scare actually marked this new era being ushered in. As a Pisces, I’m always fascinated by mystical,esoteric things like this, which initially got me involved in technology and the evolution of the digital profile we now carry, like our social networks, credit, background checks, etc.

I did collections right out of college. Unsure of my future, I started working for a small father-and-son collections agency. I think it was my first peek into small business ownership and what it takes to run a company. I also learned to never work at a collections company when you’re broke, as you may end up calling yourself!

Pull over once in a while to take it all in! Like many entrepreneurs, I’ve been going hard, working 90+-hour weeks for the past six years. I’m just now realizing I need to start working on the balance thing — even if it’s just making time to watch old episodes of “The Three Stooges.”

Watching the evolution of communication over the past 20 years has been amazing. From two-way pagers to now Twitter and Vine,communication between each of us and the world is developing into a very interesting phenomenon. We live in the Information Age, and we’re constantly bombarded with information. However, after a while, too much information just becomes noise. Due to the overwhelming amount of noise, we now seek short, burstable signals that will allow us to quickly decipher a message in small chunks (e.g., tweets or videos). Therefore,I think the next big idea in the communication realm will involve an even shorter way of communicating via signs like evolved hieroglyphics or emoticons, if you will. This means you’ll see a pic or something moving and know exactly what’s being said. We’re seeing this happening already with the new “<” symbol found on Android phones to indicate sharing.

Well, if I told you a secret, it wouldn’t be a secret anymore, would it?

• Google Docs: This allows me to share productivity in the simplest, most convenient way.
• Google Business for Apps: This provides ease of use in setting up new employee email addresses and all the other goodies. I love it.
• eKnowID: Our tool helps job seekers know what data is available about them.

I’d recommend “Flow” by Mihaly Csikszentmihalyi. It’s a great book about how to produce flow, which is an experience of deep enjoyment and creativity; it’s a total involvement with life.

If you weren’t working on eKnowID, what would you be doing?

I’d be playing drums on tour with Prince or working at Google.

Besides joking with my friends, I laughed watching Kevin Hart’s “Real Husbands of Hollywood” episodes.

President Obama is my hero, as he’s from my neighborhood — in fact, three blocks away —and I’d have to say he’s done well for himself. He’s raising the bar for others like me to make it out of the neighborhood!

Tell me about a time you failed. What did you learn?

My first business launch of a social project had me jumping in with all my heart and passion.The project was to help those with minor, victimless offenses find relief by way of expunging their records. Helping people was primary, and making money was secondary. I did this for about a year until I was nearly broke. Things didn’t change until a fellow entrepreneur sat me down and said,“The best thing you can do for poor people is not become one yourself!” That was my wake-up call to switch business models and find ways to do God’s work through different channels.

What would you have done differently in your personal life?

I would have started on my quest of practicing entrepreneurship earlier.