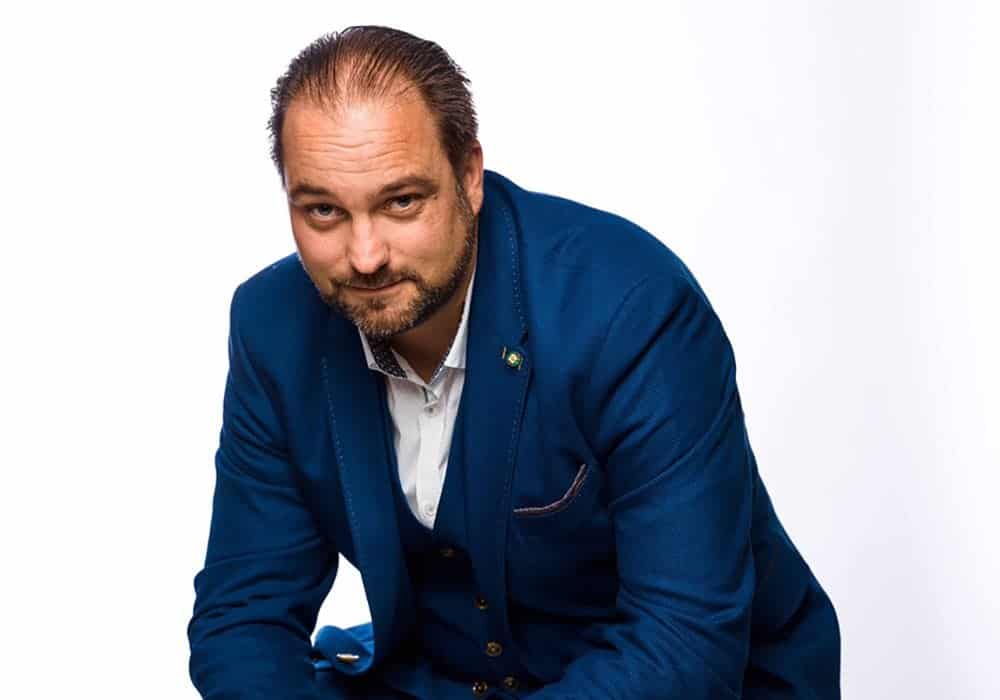 Don’t leave things to chance and never think you know it all.

Kris Finstad is the Founder, CEO, President and Director of Los Angeles-based corporation Content Checked Holdings Inc. Since 2014, ContentChecked has served as a fast, reliable, and efficient mobile application that helps consumers make empowered purchasing decisions in accordance with their dietary preferences. He is Co-founder of CheckContent AS, Norway, a Scandinavian branch of the food allergy application company. Kris has also co-founded and funded several startups in the technology, real estate, and the bio-tech fields and holds several board member positions with various organizations.

Where did the idea for ContentChecked come from?

I suffered two strokes 5 years ago, and it resulted in me staying home a lot more as part of my rehabilitation. At the time my daughter was 9 years old and came home after school with friends who I cooked for which was a useful part of my rehabilitation. My daughter’s best friend suffers from many food allergies and is under a strict diet. I consider myself a semi-intelligent and literate man and thought I was capable of reading and understanding food labels, however, I was wrong, very wrong. Since that incident, ContentChecked was formed out of my frustrations of not knowing what to cook or buy for my daughter’s friend to cater to her food allergies and intolerances. So I partnered up with the other father who happened to be a pioneer in the cell phone system field and who has held high-level development positions at one of the world’s largest cell phone providers. This was a perfect partnership as he had a lot of knowledge in the mobile space. The first app we developed was released in Norway and saw a lot of success. In July 2014, ContentChecked Beta was launched in the U.S. and officially launched in February of 2015.

Since launch, we continued to build our database which is based on product information from food manufacturers that now incorporates 70% of all conventional U.S. products. A second app, MigraineChecked, was released on the market in late August of 2014 followed by a third app, SugarChecked, in May of 2015. With the combination of these three apps, we are able to cover a broad range of dietary concerns and offer solutions.

I usually wake up around 4:45- 5:15 a.m. and I have my first-morning call with the East Coast at 5:30. After the call, I usually hike or practice yoga for about an hour and then head to the office no later than 8 a.m. Once I’m at the office, I go through all the tasks for the day and make sure to delegate tasks to the team and my assistant. I work straight until lunch and will grab lunch somewhere local with all or parts of my team. Once back, I typically work until 5-8 p.m. depending on the workload. Afterwards, I make dinner plans and try to have dinner with a friend or friends. I’m in bed no later than 10 or 11.

Any idea that I have, I will evaluate it and test with my team. If there is a positive response then I’ll move forward with short strategy plan and timeframe. I also speak a lot with my 13-year-old daughter, Clara, and ask her opinion since she’s into technology and she’ll tell me if I’m being crazy.

I’m seeing how apps are becoming more subscription based. This breeds quality apps because they need engaging content for users to stay active on the app.

I’m 100% focused and hands on, at times too much. I don’t leave anything to chance and I ask for advice from people I trust. I also don’t bring emotion into it so that I have much clearer focus with no distractions.

Working for my father. I learned that nepotism isn’t necessarily a good thing for business.

From my mistakes, I learned that I should have hired the top people earlier and made them junior partners. As soon as employees show they are committed and deliver results, you should do what it takes to keep them within the company.

As a Norwegian, I was raised in an environment that valued sharing. Share ownership with your team and key personnel. Listen to all employees because they have many great ideas and out of the box thinking is key for company evolution.

Don’t leave things to chance and never think you know it all. Get help from professionals within the various areas of your particular industry. You should seek counsel from accountants and auditors as they are there to help you. I have weekly if not daily communications with my professional team. I am fully transparent, fully focused and I utilize my team since they are key to the success. This main strategy has truly helped me succeed!

I trusted the wrong people. I also didn’t do my own due diligence and lost a substantial amount of money due to poor choices. It was extremely hard to overcome, but I promised myself never to repeat the same mistakes. That has helped me overcome my failures and led me to new successes.

Our office uses MailChimp. It’s a great newsletter and tracking software that allows us to determine whether our emails are read. We also use and love DocuSign, the best software ever. The other software we use is Wells Compliance Group’s accounting interface, it’s gift for all entrepreneurs and small cap companies.

Jack Welch’s books “Winning” and “Jack: Straight From the Gut.” They’re great, honest to the bone stories and advice on how Jack Welch made it and what he did differently than others. He was a Steve Jobs before Jobs even started playing Pacman!

My grandfather and my older brother were my greatest influences. They truly impacted my way of thinking. I also am influenced by Mr. Pehr G Gyllenhammar, Jack Welch, Lee Iacocca.