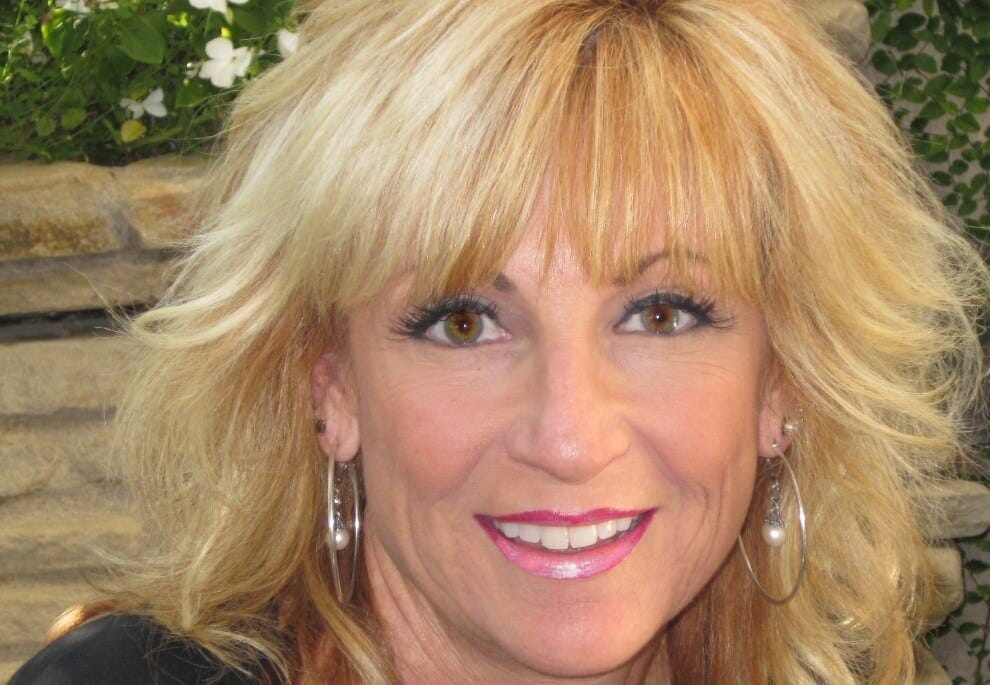 [quote style=”boxed”]I think success as an entrepreneur is having a ‘never give up’ attitude. If you think you have a great idea, then make it happen.[/quote]

Laura Brashier is the founder of 2date4love, an online dating service for singles who are unable to have sexual intercourse but still want to find love. Twelve years ago, Laura, a hairstylist from California, was diagnosed with Stage IV cervical cancer. The treatment she received for this saved her life but left her unable to function sexually as she once had.

Finding this a difficult subject to broach when dating, and knowing she was not alone in her predicament, Laura Brashier decided to create the 2date4love dating website to help others facing similar difficulties.

Launching 2date4love.com, a dating website that enables people who cannot engage in sexual intercourse to meet and experience love, companionship and intimacy at its deepest level.

Where did the idea for 2date4love come from?

The idea for 2date4love stemmed from my frustration with the dating scene. I became discouraged about dating because I felt that most men wouldn’t sign up for a long-term relationship that involved intimacy without sexual intercourse. I’m a 14 year cervical cancer survivor who had extensive pelvic radiation and chemotherapy treatment. After dating a few men and having the ‘mental conversation’ of how to tell them that sexual intercourse wasn’t in the cards, I quit dating altogether.

One afternoon while sitting outside of a nice restaurant with a girlfriend, she asked why I wasn’t dating. For the first time, I finally told someone the real reason, which was that I was unable to have sexual intercourse. I then started to think that there must be others out there who were in the same situation as me. I immediately started researching dating sites and looking for other reasons why intercourse would not be possible for other people–and 2date4love.com was born!

On a typical day you can find me researching Internet businesses on the computer. When I first started out, I remember being on the computer for 8-10 hours a day–writing, printing, highlighting and just making sure I had answered everything needed for the typical business plan. Eventually, I did and I was so excited and proud.

Hair, I’ve been a hairdresser for 30 years so it’s always the first thing everyone sees. Fashion, particularly shoes, they’re works of art! Cars, love the fastest, loudest one’s they make!

My second job working at a movie theatre in Lake Forest. The owner was so cranky that he wouldn’t let me have my birthday off. So I quit.

I have learned so much about Internet businesses. I’m not a programmer, but if I had to start this project again, knowing what I know now, I’d probably start with a basic template for the back end of the website. If I would have done this, I may have been able to get things up and running faster. But I’m very happy with the team I have now, so the 2 years of growing to this point may just have been part of the bigger plan.

I think success as an entrepreneur is having a ‘never give up’ attitude. If you think you have a great idea, then make it happen. It can be overwhelming at times–there have been many nights when I have woken up with a new question or thought that I just couldn’t shake. When that happens,  I have to get up and head to the computer to type it up or research it.

Not many people know that there are many diabetics who have a high incidence of sexual dysfunction. Mostly men, but a lot of women with diabetes are candidates for 2date4love.com. There are medications that may eventually help with this, but most people don’t know that these individuals share my challenge and are unable to have intercourse.

If you weren’t working on 2date4love, what would you be doing?

I would be working towards my degree in Horticulture.

Three Cups of Tea is a great example of compassion and giving back. Mortenson discovers that no matter where you were brought up or what trials life gives you, all people are the same–striving to be accomplished and have a peaceful life. He helps communities feel accomplished and have a better life while experiencing many tribulations along the way.

Julianne Hough, she’s so young but has accomplished so much!

Where do you see your business in five years, and how will you get there?

In five years I envision that 2date4love will be well on its way to being another everyday topic. I plan to work diligently for everyone out there who has to deal with this “different kind of intimacy.” I plan to make sex without intercourse another commonplace term and something that’s not taboo. I plan on working with my doctors, as well as the many other doctors, to enable them to give their patients options–tangible options and not just positive outlooks and medications. I want to be a person who helps change a lot of lives.

What motivates you to keep going?

My motivation comes from what I’ve learned from having cervical cancer. I now know why cancer happened to me:  from something so life threatening and physically devastating, came something that’s good for the world. I’ve always felt that everything happens for a reason and I wondered for about 11.5 years why this happened to me. I wondered what I was supposed to learn and do with my experience. 2date4love.com was the answer. It’s such a moving and emotional experience to read some of the letters and notes that the members have written to me–thanking me for being so brave and courageous, thanking me for enabling them to have a chance at love again and to start living outside of isolation. Many members went so long without telling anyone their stories or their challenges about wanting intimacy without intercourse. I know how that feels and I’m so excited that now they have new lives ahead of them.