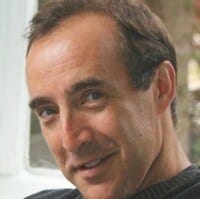 Lawrence Chernin is the founder of BrainiacDating.com – a website for out of the box singles and several intelligence themed singles groups with thousands of members across the US and Canada. His favorite slogan is “it’s sexy to be smart” and his message is to encourage singles to think and be creative.

However, his background is a hundred and eighty degrees different from anything to do with relationships! Lawrence has over thirteen years of experience as a chip designer in Silicon Valley and has worked in different roles from manager and architect for several large and well as startup companies.

Prior to that he was an astrophysics researcher at U.C. Berkeley where he published over thirty-five articles on the subject of the formation of stars. So he brings a unique set of scientific skills to dating and relationships – which is all about chemistry anyway.

1. Thinking about what’s wrong with Facebook and how to build something that is more conducive to finding meaningful relationships.

2. Writing a book about “Brainiac Dating” with the subtitle something like “If I am so smart, then why am I still single?” It is a humorous look at dating in the 21st century.

1. The new concept of “friends” and how easy it has come to build social networks on Twitter and Facebook for example.

3. Online advertising which is available to the small business for dollars a day instead of having to lay out thousands for traditional types of advertising, and being able to assess advertising effectiveness in real time.

I write them down on paper and have a notebook full of ideas. Then I talk them over with close friends and they help me reject 99.9% of them. I don’t throw away anything because things may change… they do. Always need to stay dynamic and moving.

Thinking that if I built a perfect website that people would find it on their own. Yes perhaps they would, but you need to establish critical momentum and that feeds on itself. There are millions of new websites created each day. Do not forget about creating a plan to get the word out effectively.

I do my own programming. So my piece of software is the web browser, server, linux, the php language and other key web components like CSS, javascript mysql, and HTML.

Build a better video dating site. Though youtube is immensely popular, most singles online don’t have a clue how to make a video of themselves and put it online. A key issue is that video files are huge and hard to edit. Even a small video of a few MB would be such a huge enhancement for a dating site. I had and option for users to upload videos on my site and almost no one used it.

Is building another dating site the best use of your skill set? There are thousands of sites out there, why create another one.

No, actually this is one of the  most challenging things I’ve ever done. My site, already has over 20,000 members and is bigger than 99.9% of the other dating sites out there. I used many of the major sites when I was single and struggled with them. I didn’t feel that there was anything where intelligence really counted except when it came to comparing resumes – and I didn’t think that was a good basis for building a relationship.

When I started the Brainiac Dating project I was single, and this led to me meeting my girlfriend!

If you could be doing anything you like what would it be?

Ah, I’d still be doing astrophysics research. But having done a variety of other different things it makes me appreciate the little or in this case infinite even more.

Singles Groups that I founded on meetup:

Let me know if you’d like me to help you start a similar group in your area.