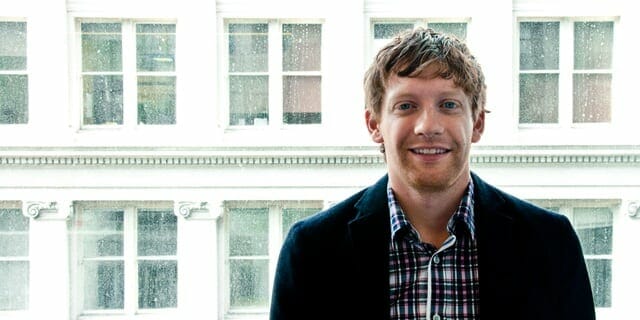 [box type=”note” border=”full” icon=”none”]Before you read on, the folks at Prescreen were awesome enough to gift everyone in our community a free movie. It’s called Finding Joe and it’s an inspiring story about how to live a fully realized life. Enjoy.[/box]

[quote style=”boxed”]Always be thinking. Flip things upside down, backwards, sideways, inside out and in reverse order to make sure you’re thinking of every possible angle or scenario. Then do it all again.[/quote]

Lee Wilson is a co-founder and vice president of business development at Prescreen. Prescreen is a curated social discovery video-on-demand platform designed to promote and showcase premium content. He has a background in online marketing, with a passion for entertainment and a focus on the Internet/tech industry. After more than a decade of brand marketing, he dove head first into the startup world as a co-founder at Prescreen. Lee first got bit by the entrepreneurial bug in 2006 when he founded the Austin, TX based record label Lowe Farm Records, which he later sold to a subsidiary of Sony Music Entertainment.

Before Prescreen, Lee consulted with tech startups and was a senior executive at advertising agencies, primarily working with global consumer technology brands. Prior to that, Lee worked in the music industry where he cut his teeth developing cross-platform marketing strategies for emerging artists at EMI Records and Universal Music Group. Lee holds a B.S. degree in business communications from Vanderbilt University.

Right now my primary focus is on growing Prescreen’s user base through strategic partnerships with third parties.

Where did the idea for Prescreen come from?

We saw that there were a ton of great films that didn’t get the distribution that they deserved and that there are tremendous inefficiencies in the way films are currently marketed.

I hate to sound cliche, but no day is “typical.” Working at an early stage startup, you wear a lot of hats and on any given day I might be calling distributors or filmmakers, talking with publications and blogs, pitching to investors, reviewing new designs, working on the product with the engineers or refilling the water cooler.

We work in a very collaborative environment. No really, we all sit within arms reach of each other. We’re constantly throwing out ideas and we use an effort/effect graph to determine which ones have the highest priority.

The emergence of digital in the film industry and the fact that Silicon Valley and Hollywood are getting closer and closer.

I took a promotion and had a new boss. Although we got along great outside of work, there was a lot of friction at first because we kept stepping on each other’s toes. I learned to always have very clear expectations of what your responsibilities are, understand what your supervisor’s responsibilities are and address areas where there is overlap.

I would have studied computer science in college.

Always be thinking. Flip things upside down, backwards, sideways, inside out and in reverse order to make sure you’re thinking of every possible angle or scenario. Then do it all again.

Incorporate your company in Delaware. Then sell it and move to Monaco to live tax-free for the rest of your life.

Game of Thrones by George R. R. Martin because you need to take some time to take your mind off of work every now and then.

Have you not seen Aziz Ansari’s Dangerously Delicious? Get it:

My father. He is a 26-year Army vet and has been working hard for the past 15 years of his “retirement.”

How do you not get stressed out working long hours?

Hire and work with people you respect and can get along with.

If you weren’t doing what you’re doing now, what would you be doing?

Lounging at the beach with a Mai Tai in hand.