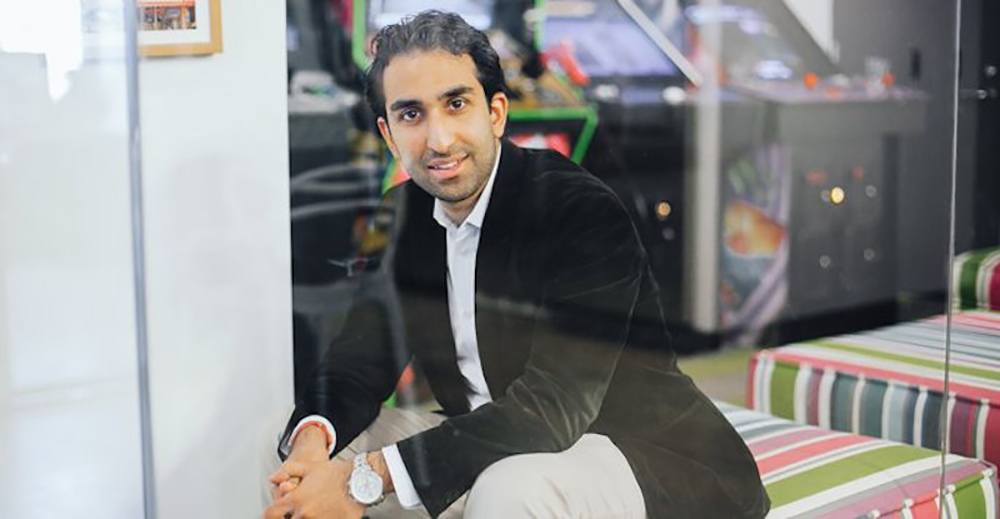 A big lesson I learned the hard way early on was to work as hard as you can to bring talent in house. Outsourcing seemed like the cheap and quick solution for me early on, but it wasn’t sustainable at all.

Prior to Rukkus, Manick was a quantitative analyst at Goldman Sachs where he was a member of the advisory team for the Ticketmaster/Live Nation merger as well as the Groupon IPO. During this time, he took a special interest in the market dynamics of the live entertainment ticketing industry. After leaving Goldman in 2012, Manick began building the first iteration of Rukkus based on his belief that there was a need for a more transparent and informative ticketing platform.

Manick graduated from Duke University with a Bachelor’s Degree in Neuroscience and Chemistry, as well as a certificate in Markets and Management.

Where did the idea for Rukkus come from?

Prior to founding Rukkus, I was a quantitative analyst at Goldman Sachs where I was a member of the advisory team for the Ticketmaster/Live Nation merger as well as the Groupon IPO. During this time, I took a special interest in the market dynamics of the live entertainment ticketing industry. Anyone who’s attended a concert, musical, or sports event knows that buying a ticket can sometimes be a hassle. Fees pile up, websites falter, and it’s hard to tell if you’ll be able to download the ticket to your phone or if you’ll have to track down a printer. After leaving Goldman in 2012, I began building the first iteration of Rukkus based on his belief that there was a need for a more transparent and informative ticketing platform.

I like to split my day up into quarters, consisting of team, strategy, product, and growth. Doing this ensures I’ll be able to dedicate some time to all the daily aspects of running Rukkus, and not get sucked-into whatever one task may pop-up and consume a day.

Converting an idea into a reality is never a simple task.I tend to bring my ideas to life by thinking them out loud. I’ll draft a plan of action in a meeting with my team so everyone is clear about the steps they will need to take, as well as the expected outcome. Knowing how to sell your ideas is key to bringing them to life.

I am really excited about the future of virtual reality. It has been heralded as the next big thing in tech for a number of years now, but distribution has been a major set-back. At Rukkus, we developed a VR feature that enhances our product in a practical way for average consumers without the use of any expensive gear. I’m excited to see others in the VR field shift from gimmicky uses to practical applications.

I schedule three personal activities a week. These usually involve a fitness class or dinner with some friends where business isn’t discussed. I am always more productive when I come back to work with a clear head.

While attending Duke I had a job in a research lab that was all manual data entry, paid by the hour. I quickly learned that any job that pays hourly is not a job for me. I hated the feeling of trading my time for money.

If I was to start again I would learn to delegate tasks to others much earlier. I spent the first year of Rukkus trying to do just about everything myself and was resistant to relinquish any control.

Consult as much as possible before making decisions, even if it slows down the process. If you want your team to truly act and function as a team, consulting decisions with them is key.

When it comes to startup hiring, you should always be looking. When trying to get off the ground, so much time and effort goes into developing the product and reaching customers that founders often forget about the most important part of the company – the team.

A big lesson I learned the hard way early on was to work as hard as you can to bring talent in house. Outsourcing seemed like the cheap and quick solution for me early on, but it wasn’t sustainable at all.

Rukkus is currently based out of a co-working space in NYC, and the communal meeting rooms available to us get booked quickly, especially in the mornings. A business idea I have is restaurants that don’t open until later in the day renting tables for entrepreneurs to take morning meetings.

I just signed up for a month of ClassPass, which gives you access to tons of fitness classes throughout your city. You have to sign up for the classes you want to attend in advance, and they charge you a fee if you don’t show up. I think that policy is great as I have been known to get caught up working and just say i’ll go to the next one.

Being the CEO and CTO of a tech company, I am using various software and web services all day. One of my favorites is HotJar. It allows me to look at heatmaps, visitor recording, and conversion funnels, where I can get a first hand look at how customers interact with our product and optimize based on my observations.

I would actually recommend the book I just finished reading on my way into work this morning, Shoe Dog by Phil Knight. I learned so much from him sharing the inside story of the Nike’s early days, and its rise to one of the most iconic and profitable brands in the world.

Chamath Palihapitiya, CEO of Social Capital and an owner of the Golden State Warriors. I admire his insight and what he’s done as a technologist and businessman. We share a common belief of what success looks like and that celebration should’t come from just raising funds and valuation, but from building real, tangible value and a great product.